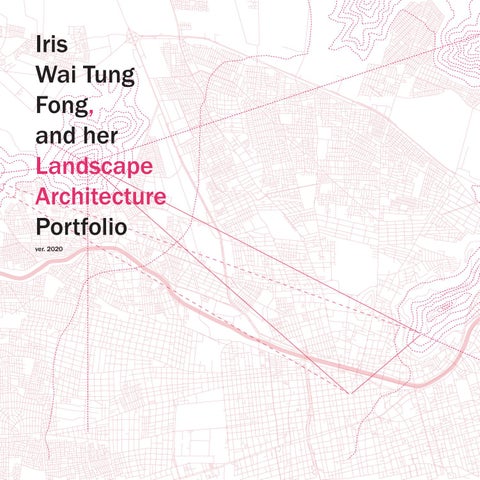 Who finished both her degrees (BEnvs + MLArch) in the Melbourne School of Design, the University of Melbourne. Who was a former intern at Tract Consultants, Melbourne. Who is currently working as a Graduate Landscape Architect in Stratis Landscape Architects, Northcote. Who is also working as a Submissions Coordinator in Taylor Cullity Lethlean. And sometimes, as a sessional tutor in the Melbourne School of Design.

is an emerging Graduate Landscape Architect.

Growing up in a concrete jungle - Hong Kong - where urban lives thrive secretly in all corners, be it a pocket park or an industrial pier, Iris has developed a strong passion on uncovering the mystery of different urbanisms and their complex formation materialised in the form of natural, urban and cultural landscapes. Combined with her narrative and research skills, Iris has successfully produced quality academic design projects, including her Independent Design Thesis, the Millennial Picturesque : a Hong Kong Urbanscape from a Hong Kong Eye. Want to know more Iris and her work? Reach her via irisfongwaitung@gmail.com You can also check out her Instagram / LinkedIn account.

Hong Kong, an international city. Yet despite this acquired status, the most Instagrammable spot is not a famous location, but instead an ‘undesigned’ public cargo working area, known by the name “Instagram Pier”. It is not a public place, yet it functions as one. Its popularity has hinted that there is an emergence of a new urban space doctrine, specifically evolved in the Asian context, which completely defies everything we know about an urban public space in the dogma in contemporary Landscape Architecture. It also suggested that the city’s designed urban spaces, produced through the dominating pragmatic approach, has failed the users as these spaces are only designed with programs and not for human in mind. However, with little knowledge and recognition on both issues, the new spaces are at risk of being eliminated and replaced with the internationalized spaces, so as the Instagram Pier. It becomes its own victim of its fame, and it has been subjected to the government’s formalized planning process. It is very likely being transformed into another universal waterfront promenade. Therefore, the thesis is set to respond to the potentials and challenges of this emerging Asian urban space. It aims to to establish a contemporary picturesque approach which emphasizes the spatial qualities. Drawing on the Instagram images, a new methodology will be developed and applied on the pier’s adjacent areas, introducing an alternative landscape typology where the landscape is produced through the union of carefully curated terrain and the creative appropriation by the users.

Keep this pose, good for getting likes!

DESIGN OUTCOME (FOR THE CONCERNING SITE)

+ MIRROR OF THE SKY

*The design journal, which elaborates the design critique and methodology (pilot version), will be published online in late-2020.

Cerros de Renca, located in a strategic location in Santiago, was a sacred site to the Inca people during the pre-Columbian era. It was where the Inca people guarded the city and exercised their famous solar alignment for the Mapocho Valley. However, the meaning of Renca was lost along with the fall of the Inca Empire when the Spaniards colonized Chile, turning Renca into nothing but another degraded hilltop, covered in trash and scarred by fires. In order to reveal Rence’s Incan reference and reinstall its cultural significance in the heart of Santiaguinos, a set of landscape monuments, known as “Stations of Renca” collectively, is erected at the spots where the Sun aligns with the Plaza de Armas and the white cross stands. This is achieved by reestablishing the astronomical alignment, both solar and stellar, as well as heightening the vantage point. The set consists of three solar pillar towers and a fortress, with the former being remodeled after the Incan stone solar pillars. Thus, all monuments can be used as stargazing grounds. They can also be used a ceremonial ground, a garden, an amphitheater or a lookout respectively. With its cultural importance reinstated, Cerros de Renca will be seen as a sacred and meaningful landscape, where all people love and care. Follow the Stations and the meaning of Renca shall unveil in front of you.

THE ANCIENT AND MODERN TRIANGLES

Where you can embrace the starry night in the Planting Ground

for more details + original exhibition panels > https://issuu.com/fwtiris/docs/studio_chile_panel development journal will be published in the late-2020

How will Melbourne look like in 2050? Given the future challenges we face, will our world be worse or better off? In order to maintain our civilization in the midst of crises, should we fully embrace technology, or should we seek refuge in the mother nature? This gives rise to Cyberhill in the suburb of Lilydale as one of the possible paths which our future may be. This particular site is identified with the help of ArcGIS, which it is deemed to be one of the best locations for future urban development. Sitting at the urban-rural fringe with nearly half of the land reserved as green open spaces, Lilydale is the frontier where nature confronts the city. This conflicting character makes Lilydale a potential site to explore a possible answer for the future question. Under this circumstance, Cyberhill, locating at the corner of Lilydale, is a visionary community rooted in technology, which aims to preserve natural environment as much as possible while to fulfil the demands of our growing urban population. With Cyberhill, we know there is still a future for us despite of the massive challenges lying ahead.

FROM TRAINS AND CARS TO HYPERLOOP AND DRIVELESS POD

Moonee Ponds Creek, which was once a natural winding creek, is now notorious for being a stormwater ditch with serious contamination. It is said the creek has lost its soul. This project aims to revive the creek by freeing it from the concrete confinement and to predict how will the creek naturally develop back into a naturalized waterway over years. With the impervious concrete removed, it is expected that the creek will be able to reshape the landscape again. With the power of water as well as nature, the place will come alive again, thriving with plants and animals. An initial launching pattern will be designed for the creek to play with. The components of the patterns, namely “islands”, are constructed with clayey soil by pouring on top of the land surface. As time goes by, the landform will be reshaped continuously, resulting in a completely different landscape that can only be achieved by the nature. A new ecosystem will be developed as well in the formerly disturbed site, being unique to the Moonee Ponds Creek.

Contrary to many waterways projects, the real designer is in fact the nature who does most of the landscaping work while the human involvement is limited to the pattern design. This is to challenge the idea of “human controls everything” which dominates in the field of Landscape Architecture. In most of the landscaping projects, it is about creating landscapes that can be managed for human entertainment, which disregards the fact that most of the landscapes we see are first created by the nature. This project aims to remind people that nature still governs the world we live, and the nature is too great for us to deny its existence.

The islands will be constantly destroyed and reshaped through the fluvial process, giving an appearance which can only be produced by the touch of the creek itself.

HOW DOES THE ISLANDS RESPOND TO DIFFERENT WATER LEVELS?

WHAT HAPPEN TO THE DEMOLISHED CONCR

The islands come in three different heights, being 0.3m, 0.6m and 1.6m, will be submerged at different water levels respectively.

The original paving is dug up to reveal the so used as the fillings of the gabions, or the mat placed to strengthen the creek banks as well

HOW IS THE EDGE BEING REACTIVATED?

oil beneath. The resulted concrete chunks are either terials for the new concrete banks. The gabions are l as capturing the rubbishs from upstream.

The existing fences are torn down to grant people the access to the creek. With the design, the edge of the creek is transformed into a stage. The creek will be the performer and the people will be the audience, with the latter being able to observe the evolution of the former intimately. 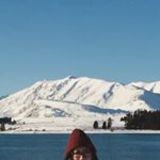 This is the collection of my work from the both my undergraduate and postgraduate studies in the University of Melbourne, Australia

This is the collection of my work from the both my undergraduate and postgraduate studies in the University of Melbourne, Australia