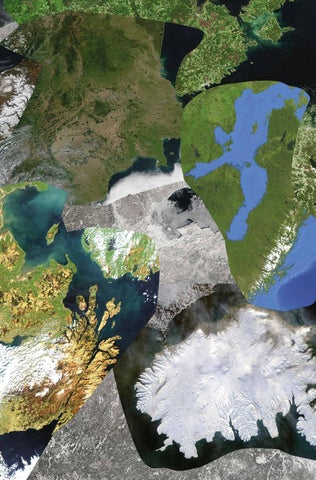 Frontiers in Retreat is a five-year collaboration project that fosters multidisciplinary dialogue and artistic experimentation on ecological questions within a network of remote European artist residencies. The project aims to map out artistic practices with an interest in ecology, examine processes of change in particular ecological contexts and reflect them in relation to each other, and develop approaches to the urgencies posed by them. Frontiers in Retreat is coordinated by HIAP – Helsinki International Artist Programme, with support from EACEA EU Culture Programme. The project connects artist residency centres situated in peripheral areas across Europe. It provides a transnational platform for investigating how situated knowledge on local environments could assist knowledge-formation on larger ecological changes that shape habitats and transform societies on a global level. The project partners are seven artist residency organisations in Finland (HIAP; Mustarinda), Iceland (Skaftfell), Scotland (Scottish Sculpture Workshop – SSW), Latvia (SERDE), Serbia (KC GRAD), and Spain (CAN Farrera), in collaboration with a Lithuanian art organisation (­Jutempus) that develops

the theoretical framework and educational programme of the project, under the title Zooetics. Frontiers in Retreat is structured around residencies and various kinds of gatherings: multidisciplinary incubators, seminars and symposiums, camps, excursions, workshops, and exhibitions. The 25 artists, invited col­­ laboratively by the partners, conduct research and develop artworks in response to the ecological contexts of the seven residency sites. The artists either circulate within the Frontiers residency network, or focus more deeply on one site, allowing their work to influence and be influenced by the discourses that develop during the course of the project. The participating artists, curators, educators and students have engaged in experimen­ tation and formation of emergent knowledge, often in close collaboration with local inhabitants and communities. This small booklet, available at the sites of the 2017–2018 Frontiers in Retreat exhibition series and symposium, introduces the project organisers and the artists who have participa­­ted in the Frontiers residencies. The public interfaces of Frontiers in Retreat—the exhibitions, web archive, and printed publications—

aim to assist anyone interested in navigating the intersections of art and ecology. On behalf of the initiators and organisers of the project, we hope that the multiplicity of these entangleÂ­ Â­ments offer new approaches to ecological thinking, doing and being. Jenni Nurmenniemi Curator, Frontiers in Retreat; HIAP â&amp;#x20AC;&amp;#x201C; Helsinki International Artist Programme

Centre d’Art i Natura de Farrera A High Pyrenees view with Frontiers in Retreat artist Anna Rubio. Centre d’Art i Natura (CAN Farrera) is a family-run residency centre situated in the village of Farrera in Catalonian High Pyrenees. It provides a quiet envi­ ronment for artists and researchers from various disciplines to work side by side, surrounded by fabulous mountain top views.

Mustarinda Mustarinda Centre is located in the snowiest regions of Finland. The house is surrounded by rare, in places completely untouched, forests in and around the Paljakka Nature Reserve. The photo features Mustarindaâ&amp;#x20AC;&amp;#x2122;s sauna in the middle of winter.

HIAP â&amp;#x20AC;&amp;#x201C; Helsinki International Artist Programme The Bodybuilding Project: A NonConclusion workshop took place at HIAP as part of the Frontiers in Retreat exhibition Excavations in August 2015. The workshop happened indoors and outdoors across the historic sea fortress island of Suomenlinna, surrounded by the Baltic Sea.

Interdisciplinary Art Group SERDE Interdisciplinary Art Group SERDE supports exchange between contemporary art, science, and technology in a programme of fieldwork, expeditions, and educational activities that focus on local knowledge and traditions in Kurzeme, a rural region in Latvia. In this photo, the participants of Frontiers in Retreat incubator Cultural Heritage as a Resource (September 2015) gather on the courtyard of the residency centreâ&amp;#x20AC;&amp;#x201D;a 300-year old, three-storey wooden house.

Jutempus Jutempus, through their research platform Zooetics, has been developing Frontiers in Retreatâ&amp;#x20AC;&amp;#x2122;s Education Programme with a focus on multidisciplinary methodologies and sustainability in artistic research. Jutempus has been working closely with educational institutions, such as Kaunas Technological University (KTU) in Lithuania, to organise series of lectures, seminars, student workshops, research days, field trips, and exchanges. This photo is taken at the Zooetics: Future Fictions Summit at Reykjavik Art Museum, 22 October, 2016.

KC GRAD Art students from KUVA â&amp;#x20AC;&amp;#x201C; Academy of Fine Arts/University of the Arts Helsinki, NTNU Trondheim, and Aarhus University gathered for a discussion during the first multidisciplinary Frontiers in Retreat incubator, organised by KC GRAD in Belgrade, and at several locations across the Serbian countryside. The focus of the incubator was art and ecology in the context of former Yugoslavia.

While borders draw divisive lines, frontiers are transition and contact zones. Diversity is always richest in areas where different ecosystems meet: This is the edge effect. An encounter never leaves one unaffected. In the five-year international collaboration project Frontiers in Retreat (2013–2018), seven residency sites at the edges of Europe have been approached using various artistic and multidisciplinary methods. These remote sites are seen as frontiers where entanglements between human and other life forms become tangible. They allow insight into the entwined processes of ecological, social, and economic change—in their local mani­ festations and across a planetary scale. The project has mapped out artistic practices that respond to ecological con­­cerns, and explored the diverse ways in which ecology can be perceived. In total 25 artists have been invited to conduct research and produce new work in response to particular ecosystems. Their research has ranged across fjords, forests, islands, villages, towns, cities, and mountains in Iceland, Finland, Scotland, Latvia, Lithuania, Serbia, and Spain. Throughout the project, the participating artists and organisations have

challenged the initial premises of the project â&amp;#x20AC;&amp;#x201C; productively, towards increased diversity. Rather than a fixed set of theories, concepts, and methods, there are multiple voices and views, positions and practices: the edge effect, indeed. In 2017, Frontiers in Retreat organises the exhibition series Edge Effects. Its seven satellite exhibitions weave together the geographically dispersed processes and key discourses developed during the past four years. Besides reflecting the differences and resonances between the particular Frontiers sites, these discussions migrate into a new context via a group exhibition at Art Sonje Center in Seoul. Through creating a platform for shared inquiry, Frontiers in Retreat has brought seven geographically dispersed sites closer to each other on the world map. Instead of conventional cartography, the process has resembled a kind of deep mapping: while engaging with the unique characteristics of each site, the participants have also learned about the complex co-dependencies and forces shaping habitats, human and non-human life trajectories, and migration patterns globally.

In the ethos of Frontiers in Retreat, the 2017â&amp;#x20AC;&amp;#x201C;2018 Edge Effects events pose critical questions about the constitution of frontiers and boundaries. Another focus is the search for a new paradigm beyond the fossil-fuelled modes of living that are inevitably coming to an end. These focal points are being kept in mind while acknowledging that art should not be instrumentalised for the purposes of finding simplistic solutions. Instead, it can reveal conflicts within our values, formulate questions that challenge the status quo, and create a space for discussion and debate. As the Frontiers project continues as an open platform that branches out to new contexts, further edge effects can be expected. Jenni Nurmenniemi Curator, Frontiers in Retreat; HIAP â&amp;#x20AC;&amp;#x201C; Helsinki International Artist Programme Taru Elfving Curator, Project initiator and curatorial advisor

Khaled Ramadan, For the love of air liquid, 2014. khaledramadan.org

Simon Yuill contributed three texts within the framework of Frontiers in Retreat: Uncommonality of the Commons; Slime Mold and Political Constitution; The Biconditionality of Craft and Kraft. 2015â&amp;#x20AC;&amp;#x201C;2016. lipparosa.org

This booklet offers an insight into the multidisciplinary project on art and ecology, Frontiers in Retreat (2013–2018), formed around 7 residency centers at the edges of Europe, the work of 25 artists, and 1 art-led interdisciplinary research project. The booklet contains photos of the participating artists' projects, introduces the partner organisations, and features two texts by Jenni Nurmenniemi, the curator of the project (HIAP; Frontiers in Retreat) about the project and the multipolar exhibition series 'Edge Effects' (Jun–Dec 2017). This booklet is also available in print at each Edge Effects exhibition site. | Editors: Salla Lahtinen & Jenni Nurmenniemi (HIAP) | Design: NODE Berlin Oslo 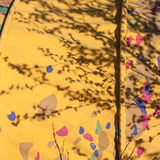