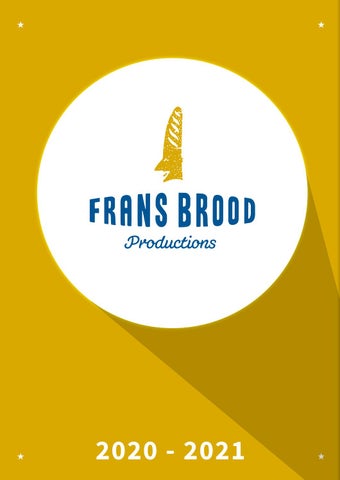 About us It’s already 38 years since we began offering a full range of dance, circus and theatre. The time when everything in the performing arts had to fit into strict categories is fortunately in the past. The divisions between the various disciplines have gone forever. What we have to offer in 2020-2021 reflects the openness and eagerness our groups wish to display, and it’s all in this brochure. From contemporary dance, through circus, to theatre. Dance and theatre, dance and music and an African revolution, dance and circus, dance at site specific places, dance and poetry, contemporary and urban, circus and theatre, circus and variety, circus and cinema, theatre and music, theatre and film, theatre and pop opera, the list goes on. They all merge together quite naturally. Peeping Tom, Serge Aimé Coulibaly, Alexander Vantournhout, granvat, Circus Ronaldo, LOD/Josse De Pauw and Fabrice Murgia prove how enriching this approach can be. They demonstrate this in style, through internationally esteemed productions that shine out on stages large and small all over the world. We are absolutely delighted to be able to disseminate these artists’ work, and we are exceedingly proud to be able to offer you these productions. It will be hard to choose between all these masterpieces. We are looking forward to your response and proposals.

“So innovative that it would have been worthy of the great Pina Bausch herself.” THE TELEGRAPH

THE MISSING DOOR, THE LOST ROOM

THE MISSING DOOR, THE LOST ROOM , THE HIDDEN FLOOR

Peeping Tom is reimagining the three short pieces (The missing door, The lost room, The hidden floor) created with Nederlands Dans Theater and adapting them with eight new dancers into a new Peeping Tom production. Several characters keep wandering throughout a mysterious and macabre labyrinth in which they are lost. There are two versions available: Diptych (The missing door & The lost room) or Triptych (full trilogy).

We are looking for coproducers.

“An evil Alice in the land of horrors.” ABC

In Kind, we enter a distant and out of joint universe littered by somber fairy tales and magic. With infantile tics and gestures, a girl who is far too large riding a bike that is far too small for her leads us into her universe on the fraying borders of the unconscious. A state where the earth speaks, where children grow on trees, and where strange events spark curiosity rather than alarming anyone.

“Serge Aimé Coulibaly is one of the leading lights of contemporary dance on the African continent today.” LES INROCKUPTIBLES

After exploring what a commitment to a better world imposes on the individual (Kalakuta Republik) and after a questioning of our contemptuous look on the migrants through some founding myths of West-Africa (Kirina); Wakatt is a reflection on the era in which we live and the fear that dominates it. Wakatt is a performance with ten dancers and live music, composed and performed by the trio of Magic Malik. There is also a smaller version available with recorded music. We are looking for coproducers.

â&#x20AC;&#x153;Serge AimĂŠ is one of a generation of fascinating artists who want to build artistic bridges between Europe and the African continent. This is an extremely difficult balancing act, but Serge AimĂŠ succeeds in accomplishing it, which can arouse nothing but admiration.â&#x20AC;? ALAIN PLATEL

â&#x20AC;&#x153;It confirms his talent. In this one work, while remaining true to himself, the choreographer has crystallised years of research.â&#x20AC;? LE MONDE

A dizzying fusion of dance, music and revolution, inspired by the supercharged music and scandalous life of Fela Kuti. Pioneering dancer and choreographer Serge AimĂŠ Coulibaly takes Kutiâ&#x20AC;&#x2122;s life as inspiration for this visually stunning, hypnotic dance work for seven performers. In Coulibalyâ&#x20AC;&#x2122;s dynamic, demanding choreography, dance becomes a symbol of transformation, a ceaseless march towards ultimate freedom. Kalakuta Republik was presented as one of the official selections at both the Festival dâ&#x20AC;&#x2122;Avignon (2017) and the Edinburgh International Festival (2019).

â&#x20AC;&#x153;Kalakuta Republik is inventive in terms of movement and is, above all, a feast for both the eye and the ear.â&#x20AC;? LES INROCKUPTIBLES

Kirina is a performance about people on the move, the events that color and possibly direct these migrations and their influences on society. Kirina is a performance with ten dancers and thirty local extraâ&#x20AC;&#x2122;s. The music is created by Rokia TraorĂŠ and performed live on stage by four musicians and two singers.

â&#x20AC;&#x153;Kirina is a show where everything enchants: the music by Rokia TraorĂŠ who takes the guts to the explosive choreography of Serge AimĂŠ Coulibaly and the energy and power of multiple body gestures.â&#x20AC;? LES INROCKUPTIBLES

In March 2019, Serge AimĂŠ Coulibaly organised in Bobo-Dioulasso (BF) an international competition for the best African dance solo. The three best were selected by a jury that he led. The next step is a professional coaching project in December 2019. This will result in a full-length programme that includes the three solos. This is a unique opportunity to discover three young African dancers with different backgrounds and styles.

“Alexander Vantournhout, circus is talking about it, so is dance.” LE MONDE

Alexander Vantournhout THROUGH THE GRAPEVINE

In the duet Through the grapevine, Alexander Vantournhout examines the formula of the pas de deux with Axel GuĂŠrin. â&#x20AC;&#x153;I heard it through the grapevineâ&#x20AC;?, most people know this expression through the eponymous Marvin Gaye song. The expression refers to receiving information that has passed from person to person, often changing along the way, perhaps an apt metaphor for the reception of a work of art? This male duet will be a sequel to the solo ANECKXANDER. We are looking for coproducers.

Six dancer-acrobats guide you in this site specific performance along a route of reverberating micro performances, from short solos and duets to pointed group choreographies.

Red Haired Men is a group performance inspired by the absurd poetry of Daniil Kharms, leading light of the 1920s of the Soviet avant-garde. On the thresholds between dance, acrobatics, circus and theater, Red Haired Men creates a universe where wonder and humor are never without risk.

The meeting of urban club culture and contemporary dance

Come On Feet grew out of a love for Electronic Dance Music (EDM). Together with house and afro dance, â&#x20AC;&#x2DC;footworkâ&#x20AC;&#x2122; will be presented as a dance style accompanied by live club music. With seven dancers and two musician brothers Stijn and Bert Cools (granvat), the choreographer Quan Bui Ngoc (les ballets C de la B) explores the encounter between urban club culture and contemporary dance. The official premiere of the full-length performance will be in September 2020. However, granvat will already be presenting Come On Feet Club as from March 2020. This is a shorter version (30 to 45 minutes) and will be perfect for creating a club atmosphere at festivals. It can even be programmed as a party warm-up or after party. We are looking for coproducers.

“And here is Nanosh, part of the seventh generation of Circus Ronaldo. With him we’re in full Swing.” LE SOIR

NEW With Swing, Circus Ronaldo opens up the stage to a new generation. With his father Danny Ronaldo as his coach, Nanosh Ronaldo and five young circus performers have conjured up the circus and variety vibe of the first half of the 20th century. Swing is a performance for a wide audience and for all ages, underpinned by the powerful DNA of the exceptional Ronaldo tradition. Can be presented in their own tent or in a theatre.

â&#x20AC;&#x153;Swing is the sort of oldfashioned, warm-blooded circus performance that you now rarely see, steeped in a retro atmosphere and with a real big band â&#x20AC;&#x201C; or at least an automatic installation by the Decap organ family.â&#x20AC;? DE STANDAARD

NEW Danny Ronaldo and his son Pepijn are two clowns exploring their similarities and their individuality. What separates them and what connects them? This exploration is recognizable and amusing, but also compelling and moving. Itâ&#x20AC;&#x2122;s written in the history of mankind: â&#x20AC;&#x153;between a father and a son lies the deep ravine of their similarityâ&#x20AC;?. Sono io? is the sequel to Fidelis Fortibus. It will start where Fidelis Fortibus ended ... Can be presented in their own tent or in a theatre. We are looking for coproducers.

â&#x20AC;&#x153;As an artistic creator, Danny is a great circus architect. He manages to constantly reinvent himself, gets better and better, and always remains true to himself.â&#x20AC;? FLEMISH AWARD FOR CULTURE 2018

A comical and poetic performance with warm humour and slight melancholy, Fidelis Fortibus is a highly unusual solo performance created and performed by award winning circus legend Danny Ronaldo. Danny appears in the ring alone, surrounded by a circle of buried circus artistes. The powerful illusions he creates brings the dead souls back to life. With the audience complicit in maintaining the illusion of the grand spectacle, giving applause and waves of laughter, it still sounds like a reality. He will never leave. Or perhaps he might. But would that be to give up? To be disloyal?

A mix of reality and fiction, at the crossroads of film, performance and circus

Following the success of “An Old Monk”...

NEW Following the success of An Old Monk, Josse De Pauw and the jazz musicians of Kris Defoort Trio are joining each other on stage again. As a child, our â&#x20AC;&#x2DC;landscapeâ&#x20AC;&#x2122; may be our bedroom, a place where we play and discover things. As an adult, the landscape may mean the quiet of the countryside and the bustle of the city. Josse De Pauw is giving a voice to our landscape.

â&#x20AC;&#x153;Josse De Pauw is a masterly storyteller and actor, who fills the whole stage with his voice, language and body.â&#x20AC;? HET PAROOL

“I don’t ask myself if my actions are political or not. It’s inevitable for me.” FABRICE MURGIA

The third part of Fabrice Murgiaâ&#x20AC;&#x2122;s Ghost Road cycle focuses on the Russian city Oziorsk, struck by the third biggest nuclear disaster in history. In the heart of this place not found on any map, thousands of people are forced to maintain this secret. And those who present even a shadow of treason pay for it with their lives. Together they preserve a vast industrial state and keep quiet about an unheard of environmental and human catastrophe.

Fabrice Murgia digs through the journals, short stories and essays of the American poet Sylvia Plath on a quest for this brilliant artistâ&#x20AC;&#x2122;s soul. The show takes the form of an original pop opera for a singer and nine women. The music is composed by the Belgian pianist and singersongwriter An PierlĂŠ, who is accompanied by her Quartet. On stage, the action takes place on a movie set that shows both a movie in the making and backstage activity: a bridge between â&#x20AC;&#x153;beingâ&#x20AC;? and â&#x20AC;&#x153;portraying,â&#x20AC;? between dream and reality.

ON THE REPERTOIRE: THE SORROW OF OGRES/LA TRISTEZA DE LOS OGROS

VIDEO THE SORROW OF OGRES

â&#x20AC;&#x153;With Sylvia, Fabrice Murgia brings us his most ambitious show to date. Out of the ordinary, necessary, and so beautiful it makes you shiver.â&#x20AC;? LE VIF 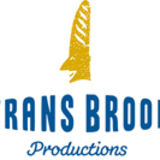 It’s already 38 years since we began offering a full range of dance, circus and theatre. It's with great pleasure that we present our offer...

It’s already 38 years since we began offering a full range of dance, circus and theatre. It's with great pleasure that we present our offer...