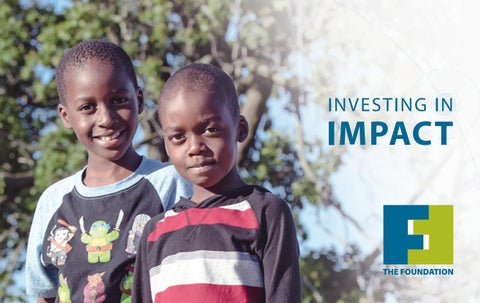 Cover Photo Backstory: Roscoe Conkling Park is home to many safe and family-friendly attractions supported by The Community Foundation.

Our community’s needs are great. So is our determination. The greater the need, the more determined our commitment. And, thanks to our donors and partners, the impact of our efforts to bring about meaningful change is boundless. I’m pleased to share with you recent highlights of The Community Foundation’s work in our community. These stories of impact emphasize our dedication to social change and measurable outcomes that transform lives. For decades, our donors have invested in the community. And our latest initiatives continue to build on that legacy of investment, as we address challenges and opportunities for generations to come. Sincerely, Alicia Dicks President/CEO

PA R T N E R S O F I M PAC T The Community Foundation hosted its annual Celebration of Philanthropy in May at Munson-Williams-Proctor Arts Institute. More than 200 community members attended to honor the organizationâ&#x20AC;&#x2122;s partners in philanthropy and celebrate award winners. In recognition of their outstanding community contributions, David T. and Janet Griffith were presented the Rosamond Childs Award for Community Philanthropy. The award is given to individuals who exhibit the spirit of giving and a profound commitment to the community. The Community Foundation also honored the Herkimer Area Resource Center and the FIRST LEGO League with the Community Impact Award, which recognizes excellence in nonprofit programming and services. Photo Backstory: Honoring those who make a difference: Alicia Dicks, president/CEO, and Ron Cuccaro, Foundation Board Chair, presented awards to FIRST LEGO Leagueâ&#x20AC;&#x2122;s Elizabeth Rossi, Herkimer Area Resource Center President/CEO Kevin Crosley, and Janet and David T. Griffith.

B U S I N E S S E S W I T H I M PAC T Smith Market, a natural food store and local market, was the winner of The Community Foundation’s inaugural $25,000 Impact Opportunity Challenge to promote entrepreneurism and advance downtown business. The market was one of five finalists to pitch an innovative business idea for downtown Utica to a panel of judges. Fifty-eight applications were submitted and 33 were accepted into the Challenge. The Community Foundation partnered with Mohawk Valley Community College’s thINCubator to coach and mentor applicants throughout the Challenge. The finals event was the culmination of a five-month process that began with The Community Foundation’s Speaker Series event featuring Don Marinelli in March.

Photo Backstory: Located on the grounds of the Utica Public Library, the Thea Bowman House Children’s Garden provides opportunities for kids to learn valuable lessons, from horticulture to nutrition.

CO M M U N I T Y I M PAC T Perhaps The Community Foundation is best known as a grantmaker, providing much needed resources and support to nonprofits in Herkimer and Oneida counties. With weeks remaining in the year, The Community Foundation has already surpassed its 2015 grant investments. More than 415 grants have been awarded in 2016, totaling more than $5 million. Of these awards, nearly 170 were donor-advised grants equaling $1 million. The figures alone, although impressive, canâ&#x20AC;&#x2122;t demonstrate the true impact of these grants in our community. The full impact can only been seen in the faces of those who benefit from these investments.

INVEST IN IMPACT. INVEST IN THE COMMUNITY FOUNDATION. Your investment in The Community Foundation will build on the exciting work already underway. Together, we can make our community even better. 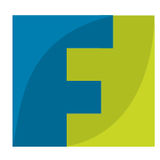