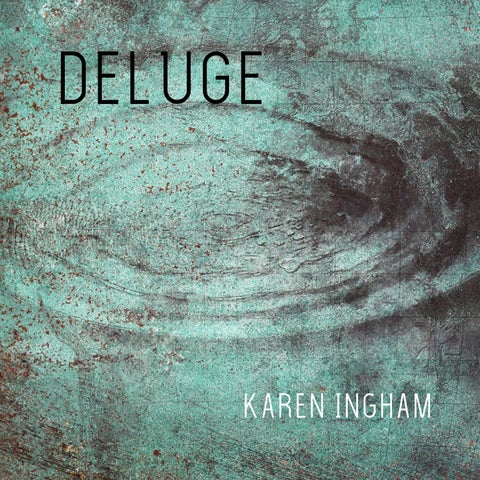 DELUGE Karen Ingham (to flood, engulf, overwhelm) Deluge (2018) is an interdisciplinary, multi-sited lens-based arts project. Through her expanded practice - photography, film, and digital textiles Karen Ingham uses approaches like ‘deep mapping’ and cultural geography to explore key materials and objects that allegorize how we’ve arrived at the Anthropocene, our current geological age where human activity is the major factor in global instability and climate change. (Deep mapping is a kind of cartographic archaeology, a layered palimpsest that encompasses a multifaceted sense of place, history, migration and memory). Deluge focuses on the consequences of a tide of globalisation by alluding to global contexts through a local lens making visible the complexity and fragility of our interconnected environments. Exploring the often hidden narratives behind climate change, implicit reference is made to the Morfa-Hafod Copperworks (historically the ‘birthplace of globalisation’ as we know it today) and Swansea’s relationship with the South West, connected by copper, coal and the sea. For Ingham, whose Grandmother was from the South West and whose adopted city is Swansea, the project also alludes to personal migrations and displacements.

During 2018 different versions of Deluge were shown across coastal locations in South Wales before culminating in an exhibition with Fotonow in Plymouth. Each installation was site-responsive, subtly adapting context, form, and content to the history and socio-cultural geography of each location. For the final iteration of the project the work was shown simultaneously in Plymouth and at the National Waterfront Museum in Swansea, creating a dialogue between the two inter-connected coastal locations. Of Earth and Elements (Contagion Series) Of Earth and Elements is informed by discussions with climate scientist Prof. Mary Gagen at Swansea University and refers to the 3c degree world hypothesis, that it only takes global warming of up to 3 degrees for many of the worlds cities and coastal areas to be flooded. ‘Contagion’ is a series of copper prints of areas of South Wales and the South West coastline most at threat of ‘deluge’ and the processes underpinning these threats. I’ve focused on coal, copper, and the sea as interconnected objects that were instrumental in leading to global industrialisation as we know it today. Reconstructed journeys between South Wales and South West England, taking coal and copper across road, sea, and cyberspace, represent global movements of commodities and peoples. Using Swansea Bay seawater, and Cornish and Devon copper, photographic images are printed directly onto copper then subjected to a process of gradual patination. 4

The images become incrementally eroded and abstracted by the build up of the patina. Some are fixed but most continue to deteriorate, affected by temperature change, as ‘the patinated sea’ acts as a metaphor for the global contagion of climate change. The ramifications, or ‘ripple’ of these relationships are further explored in the short artist’s film Are You Ready (Can You Hear Me) based on Marconi’s first telegraphic communications across South Wales and South West waters. Of Sea 2018 is The Year Of The Sea in Wales (Blwyddyn y Môrand) and our seas and oceans are vital players in Deluge, which includes a series of digital textiles and photographic prints that act as ‘planktonic bio-images’. The artworks focus on the crucial role that plankton (the basis of the marine food chain) play in stabilising oceanic temperatures and climate change. Collaborating with Swansea University’s Centre for Sustainable Aquatic Research (CSAR) I’ve concentrated on phytoplankton and have worked with images derived from microscopy imaging systems to capture the extraordinary structure of these small wonders. I collected the plankton from the Bristol Channel, linking South Wales and the South West, with the help of researchers on board Swansea University’s marine research vessel. Researchers at CSAR then concentrated the plankton into a more condensed from so that it could be used as a ‘living dye’ when applied to the textiles and photographic prints. Phytoplankton is photo-reactive (light and heat sensitive) and the subtle colours change and breakdown over time as they are influenced by environmental conditions. In this way they act as a kind of allegory for what is happening globally in our seas and oceans. Karen Ingham Interdisciplinary Artist

A Powerful Collision As a climate scientist I have no doubt that our blue planet is in crisis. Our atmosphere is warming from the base upwards (it would warm from the top down were changes in the sun to blame). Our climate and weather systems are shifting as the energy balance of the surface of the earth responds to the increased heat trapped in our atmosphere. Every ecosystem, habitat, animal and plant that we love and value is being impacted, and yet we continue. We measure the loss of rainforest on the land, and sea grass meadow in our oceans, in football pitches (two per hour in the case of the latter). We often hear that forests are the ‘lungs of the planet’, as evocative as that is, it is not quite true. Whilst forests are hugely important for the regulation of rainfall cycles and indeed produce about 20% of the planet’s oxygen, the other 80% comes from the ocean, produced by tiny plants with an incredible diversity. A teaspoon of seawater can contain a million of them. These remarkable organisms are plankton. Their ocean home now contains islands of plastic the size of France. The volume of plastic in our oceans is set to treble over the next ten years. By 2050 the plastic in our oceans will outweigh the fish. How can we possibly get our heads around such huge and overwhelming facts and figures about our planet? What can we do about them? Contagion - Ripple

How can our individual behaviours possibly have an impact on global problems? For years environmental scientists have been trying to provide answers to these questions and we have learned something important, when we think about the enormity and complexity of environmental change we can become overwhelmed into inaction. The answer is probably not found in more facts, yes we need to keep striving to understand the science of the Earth system but, like any important marriage, we also need to develop our understanding of ourselves and how we need to change our behaviour to make our relationship with the Earth ‘work’. We must find ways for climate science to reach the widest possible audience because every one of us is now the guardian of a planet that needs our help. Over the last few years I have begun to realise that one answer can be in exhibitions like Deluge where science, art and our complex industrial history are brought together, embracing the complexity and beauty of our relationship with our planet and allowing the question of where that relationship goes to ripple out over us. In her plankton dyed fabrics, living copper photographic prints with seawater changing their look, feel and chemistry as they evolve through time, Ingham weaves the science of our changing planet into bite sized personal contemplations that have genuine power to inspire us all to take whatever action is right for us. I encourage you to let Deluge lead you away from the sense of overwhelm that newspaper articles of doom and failure (or dangerous denial and arrogance) give us and into a powerful collision of art and science that allows us to embrace the nuanced complexity of our changing lands and seas and our love for them.     Professor Mary Gagen Department of Geography Swansea University 7

Of Earth and Elements (Contagion Series)

At The Edge Of The World

‘Deep Mapping’ Copperopolis Deluge is conceptually driven by subtle narratives embodied in copper and coal and the role these objects played in forging the origins of globalisation, a key driver of climate change: copper from Cornwall and Devon, shipped to Swansea to be smelted and refined at Morfa Hafod’s ‘Copperopolis’, traversing the globe. In collaboration with Swansea University’s Copperopolis project I wanted to consider the site and its community now, post-industrial and, to the casual passer-by, an eyesore. I wanted to ‘deep map’ Copperopolis. With deep mapping we dive vertically into the folds of maps rather than merely skim the surface, creating a multi-layered cartography of place, narrative, history, and memory. In workshops at Morfa-Hafod former copper workers were given rubber stamps with visual symbols, for example a clock, a cup of tea, a Welsh dragon, a smiley face, a camera, a compass, a globe, a ball of flame. They used these to visually answer questions like: where do you feel a sense of belonging, the greatest sense of community, of pride or disillusionment etc. The symbols acted as a kind of data with the stamps creating a pattern of responses that are quasi-palimpsestic as they began to overlay each other. Participants were also photographed holding something from the site that had special significance for them, such as a lump of copper ore, a piece of coal, or, as in the case of the Vivian descendants from Truro, a portrait of John Henry Vivian, the Cornish founder of the Copperworks. Karen Ingham Interdisciplinary artist

Are You Ready (Can You Hear Me)

Deluge is supported by Arts Council Wales and Arts Council England, and between May and October 2018 different iterations of the exhibition were shown at Craft In The Bay in Cardiff Bay, The National Park Coastal Gallery (Oriel y Parc) in St Davids, Milford Haven Waterfront (with Milford Haven Port Authority), and Swansea Waterfront Museum, culminating in an exhibition with Fotonow at Ocean Studios in Plymouth. Key collaborators on the project are, at Swansea University, climate scientist Prof. Mary Gagen and Craig Pooley, Paul Howes at the Centre for Sustainable Aquatic Research, and Dr. Alex Langlands and Stuart Griffin with the Morfa Hafod Copperworks Project. Thanks to Matthew Pontin and the staff at Fotonow (Community Interest Company) in Plymouth. Dr. Karen Ingham is an internationally exhibited and published interdisciplinary artist. She is a Professor of Art, Science and Technology Interactions, an Honorary Fellow at Swansea University, and a Fotonow Associate. Ingham is an artist that became an award winning filmmaker before returning to arts practice as an interdisciplinary artist. She is an experienced collaborator who understands the process of creative exchange and much of her practice involves public engagement. She is also an academic and her practice-led research is world leading in her field. www.kareningham.org.uk

ISBN: 978-1-908678-18-8 No part of this publication may be reproduced, stored in a retrieval system, or transmitted in any form or by any means electronic, mechanical, photocopying, recording or otherwise without the prior written permission of the publishers and copyright owners.

‘In her plankton dyed fabrics, living copper prints with seawater changing their look, feel and chemistry as they evolve through time, Ingham weaves the science of our changing planet into bite sized personal contemplations that have genuine power to inspire us all to take whatever action is right for us.’ Professor Mary Gagen

Online catalogue from Karen Ingham project 'Deluge' (2018), which is an interdisciplinary, multi-sited lens-based arts project. Through her expanded practice - photography, film, and digital textiles - Karen Ingham uses approaches like ‘deep mapping’ and cultural geography to explore key materials and objects that allegorize how we’ve arrived at the Anthropocene, our current geological age where human activity is the major factor in global instability and climate change. 'Deluge' focuses on the consequences of a tide of globalisation by alluding to global contexts through a local lens making visible the complexity and fragility of our interconnected environments. www.kareningham.org.uk Catalogue; ISBN: 978-1-908678-18-8 (available from Fotonow Publishing on Amazon). 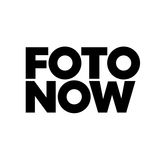