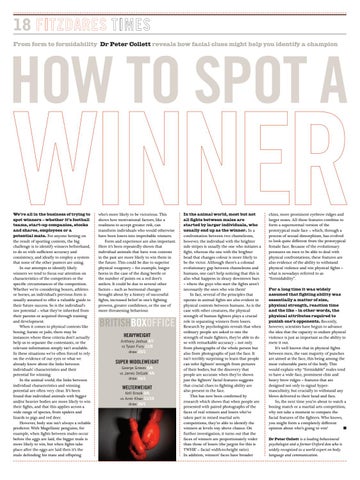 We’re all in the business of trying to spot winners – whether it’s football teams, start-up companies, stocks and shares, employees or a potential mate. For anyone betting on the result of sporting contests, the big challenge is to identify winners beforehand, to do so with suﬃcient accuracy and consistency, and ideally to employ a system that none of the other punters are using. In our attempts to identify likely winners we tend to focus our attention on characteristics of the competitors or the specific circumstances of the competition. Whether we’re considering boxers, athletes or horses, an individual’s previous form is usually assumed to oﬀer a valuable guide to their future success. So is the individual’s raw potential – what they’ve inherited from their parents or acquired through training and development. When it comes to physical contests like boxing, karate or judo, there may be instances where these criteria don’t actually help us to separate the contestants, or the relevant information simply isn’t available. In these situations we’re often forced to rely on the evidence of our eyes or what we already know about the links between individuals’ characteristics and their potential for winning. In the animal world, the links between individual characteristics and winning potential are often very clear. It’s been found that individual animals with bigger and/or heavier bodies are more likely to win their fights, and that this applies across a wide range of species, from spiders and lizards to pigs and red deer. However, body size isn’t always a reliable predictor. With Magellanic penguins, for example, when fights between males occur before the eggs are laid, the bigger male is more likely to win, but when fights take place after the eggs are laid then it’s the male defending his mate and oﬀspring

who’s more likely to be victorious. This shows how motivational factors, like a readiness to accept greater risk, can transform individuals who would otherwise have been losers into improbable winners. Form and experience are also important. Here it’s been repeatedly shown that individual animals that have won contests in the past are more likely to win them in the future. This could be due to superior physical weaponry – for example, longer horns in the case of the dung beetle or the number of points on a red deer’s antlers. It could be due to several other factors – such as hormonal changes brought about by a history of successful fights, increased belief in one’s fighting prowess, greater confidence, or the use of more threatening behaviour.

In the animal world, most but not all fights between males are started by larger individuals, who usually end up as the winner. In a confrontation between two chameleons, however, the individual with the brighter side stripes is usually the one who initiates a fight, whereas the one with the brighter head that changes colour is more likely to be the victor. Although there’s a colossal evolutionary gap between chameleons and humans, one can’t help noticing that this is also what happens in sleazy downtown bars – where the guys who start the fights aren’t necessarily the ones who win them! In fact, several of the principles that operate in animal fights are also evident in physical contests between humans. As is the case with other creatures, the physical strength of human fighters plays a crucial role in separating winners from losers. Research by psychologists reveals that when ordinary people are asked to rate the strength of male fighters, they’re able to do so with remarkable accuracy – not only from photographs of the whole person but also from photographs of just the face. It isn’t terribly surprising to learn that people can infer fighters’ strength from pictures of their bodies, but the discovery that people are accurate when they’re shown just the fighters’ facial features suggests that crucial clues to fighting ability are also present in the face. This has now been confirmed by research which shows that when people are presented with paired photographs of the faces of real winners and losers who’ve taken part in mixed martial arts competitions, they’re able to identify the winners at levels way above chance. On further investigation, it turns out that the faces of winners are proportionately wider than those of losers (the jargon for this is ‘f WHR’ – facial width-to-height ratio). In addition, winners’ faces have broader

chins, more prominent eyebrow ridges and larger noses. All these features combine to form a supernormal version of the prototypical male face – which, through a process of sexual dimorphism, has evolved to look quite diﬀerent from the prototypical female face. Because of the evolutionary pressures on men to be able to deal with physical confrontations, these features are also evidence of the ability to withstand physical violence and win physical fights – what is nowadays referred to as “formidability”. For a long time it was widely assumed that fighting ability was essentially a matter of size, physical strength, reaction time and the like – in other words, the physical attributes required to punish one’s opponents. Recently, however, scientists have begun to advance the idea that the capacity to endure physical violence is just as important as the ability to mete it out. It’s well known that in physical fights between men, the vast majority of punches are aimed at the face, this being among the most vulnerable parts of the body. This would explain why “formidable” males tend to have a wide face, prominent chin and heavy brow ridges – features that are designed not only to signal hypermasculinity, but crucially to withstand any blows delivered to their head and face. So, the next time you’re about to watch a boxing match or a martial arts competition, why not take a moment to compare the facial features of the fighters. Who knows, you might form a completely diﬀerent opinion about who’s going to win! ■ Dr Peter Collett is a leading behavioural

psychologist and a former Oxford don who is widely recognised as a world expert on body language and communication.

Setting the tone for how the game is played. 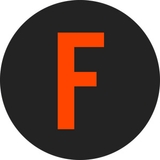