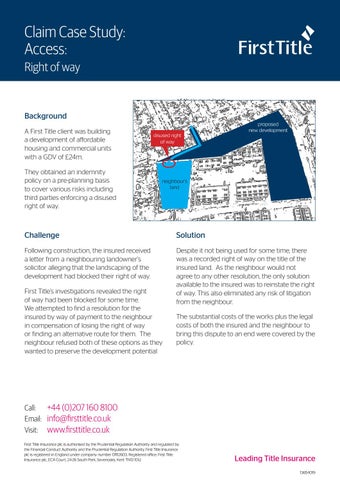 Claim Case Study: Access: Right of way of their own land.

Background A First Title client was building a development of affordable housing and commercial units with a GDV of £24m. They obtained an indemnity policy on a pre-planning basis to cover various risks including third parties enforcing a disused right of way.

Following construction, the insured received a letter from a neighbouring landowner’s solicitor alleging that the landscaping of the development had blocked their right of way.

Despite it not being used for some time, there was a recorded right of way on the title of the insured land. As the neighbour would not agree to any other resolution, the only solution available to the insured was to reinstate the right of way. This also eliminated any risk of litigation from the neighbour.

First Title’s investigations revealed the right of way had been blocked for some time. We attempted to find a resolution for the insured by way of payment to the neighbour in compensation of losing the right of way or finding an alternative route for them. The neighbour refused both of these options as they wanted to preserve the development potential

The substantial costs of the works plus the legal costs of both the insured and the neighbour to bring this dispute to an end were covered by the policy. 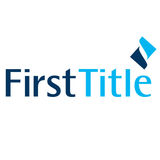