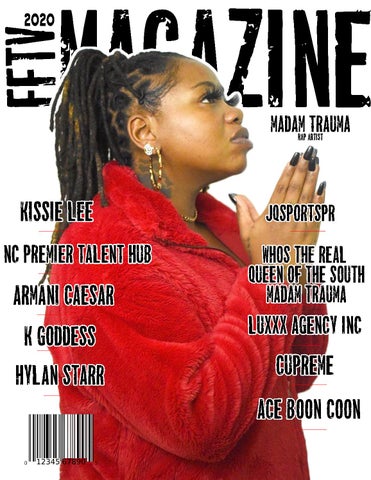 Madam Trauma ​ – Interview questions for FFTV Magazine Interview questions by Lizzie P , Freelance writer {@Lizziebcm IG} (Lizzie Price : LP)​ The Most recent Album you released was “Traumatized” , released on all major streaming platforms March 2019. What has been the reception so far? (MT : Madam Trauma​) I’ve been getting great Feedback ! People who have listened to my Project “Traumatized” Just keep saying how personal the album was and that they could definitely relate to the everyday struggle of a mom with a plan to achieve a goal of becoming a Successful Artist. Music is my therapy. A Lot of the Music you hear on my Album as well as some of my singles are just me telling a story. Believe me there is No cap in my RAP ! (LP)​ Atlanta has the strip club and trap reputations. Miami has a somewhat more violent ethos, and also the cocaine flow reputations. What is Raleigh/Durham’s content base? (MT) These last 2 years have been a renaissance of Talent emerging from North Carolina . The industry had no choice but to recognize artists like the Grammy award winning Rapsody, J Cole and now Da Baby. These artists have set the bar high by creating their own Movement. And bringing the euthsuium, spotlight where true artistry lives and that’s the indie scene here in NC. So much Talent Now we have the exposure so I’m sure more will be recognized sooner than later. (LP)​ Talk a little about “Traumatized ”, the theme of the project, meaning behind the title, and what we can expect to hear in terms of production and songwriting. (MT) I picked the title Traumatized because that’s how I feel at times when I look back at different experiences in my Life. Each song I wrote is about something I went through or how I was feeling when dealing with certain situations. If you listen to some of my more recent releases like “333” I talk about issues like asking God for protection while we out in these streets. Being in the streets can mean working a 9-5 , hugging the block, or chasing a dream . I see fans from all age groups and ethnicities relating to that song and it gives them hope that they are not alone. (LP)​ Artists choose to rap for different reasons. What was yours? (MT) I would like to be able to provide a better life for my family for generations. Is not just about making the money it’s about investing and creating generational wealth. I’m also the Realest Bitch Rappin coming out of the South. It’s time to hear From a Real woman's perspective PeriodT lol (TS)​ Yo Gotti, an artist from a small market in Memphis who has made millions on the independent route before signing to a major in Sony. Raleigh/Durham is reminiscent of Memphis in that sense. Are you headed the indie route, or is the final destination a major label? (MT) Whatever route is best for my brand & Team. We are still building a fan base organically, and through social media. In this Viral day and age You can have 1500 followers one night and 15k the next day. So I ‘ll just keep my options open and stay consistent

(TS)​ We see that you work closely with Luxxx Agency Inc. How did that partnership come together? What is the focus of you and your team, the vision for your career? (MT) Luxxx Agency Inc. Is a company I co founded with my Business Manager Lizzie Price. We have known each other for years. I was good friends with her youngest brother. We used to skip middle school at her apartment when she was gone to her College Classes. We would have cyphers and put my music on Myspace. I got into some trouble and had to do 15 months in Womens Prison . During that time I also lost my oldest daughter to a house fire and I couldn't even come home to go to her funeral. This situation made me want to come home and make a change .I heard that Lizzie was managing Artist and working in the indie circle. At first she didn't take me seriously because she thought I may come home and get back to my old ways. I started to work and pay for my studio time. She started to see me investing in myself and Told me she would match anything I can invest and we would make this happen and the rest is history. Luxxx Agency Inc. caters to any woman with a plan and commitment to a goal!

(LP)​ Since Cardi B kicked the door open for the new age/new era female rapper, the sky's the limit but the competition is becoming stiffer as the lane gets more crowded. What unique elements are you bringing to the game to separate you from the femcee traffic jam? (MT) I feel like I’m that inside voice that people don’t speak on.I am Unique, never been afraid to say the stuff that makes people bite their tongue. The only time you hear a guy talk about a real bitch is when they need someone to take a charge, or hold them down while they do a bid. It’s the era the Real Bitch The Bad Bitch has let us down. So I feel like it's only right I promote strong empowered self loving women! That's why I refer to myself as “ The Real Queen Of the South” Because I’m not a peasant All women should think of themselves as no less than a queen. (LP)​ Any DOPE collaborations coming up soon? What performances, shows, and media coverage can we expect to see from you soon? (MT) I have some dope collaborations in the works . From Hot collabs with Carolian Artist Shonna, Taliban, and Yardie Brooklyn. It would be dope to get a feature with some of the Dreamville roster like Ari Lennox. (LP)​ How does this “Madam Trauma” differ from the “Old You”? What are the major differences between you, as a person, and you as an artist? (MT) The Old me was reckless, Did not think before I acted. I did not care who I influenced or hurt. The Artist Madam Trauma is focused and determined willing to put in the hard work and invest time and finances into my craft. Willing to be the leader that I need to be to get where I'm going. But the biggest difference is that the old me did not have a support system or team to keep me encouraged and consistent but the Artist Madam Trauma does! We believe in “ Hard work Over Favs” . I'm dedicated to making a better lie for my family. BTW I have to Shout out to my Husband, and Two beautiful children. 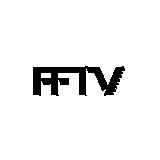 MadamTrama Whose the Real Queen of the South

Magazine bringing sports, music, and entertainment together for all social content. Live interviews, music reviews and more from FFTV.

MadamTrama Whose the Real Queen of the South

Magazine bringing sports, music, and entertainment together for all social content. Live interviews, music reviews and more from FFTV.