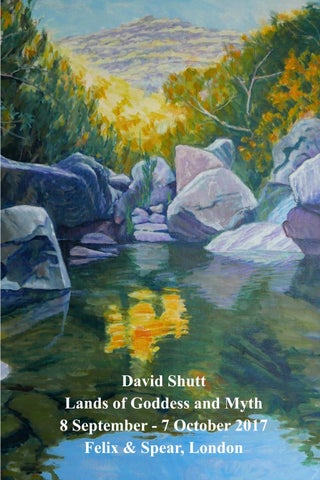 Lands of Goddess and Myth Selection of paintings by David Shutt

Lands of Goddess and Myth In 2005, I bought a studio property in Greece in the eastern Argolid in the Peleponnese and have, before and since, been painting sacred sites there and in the UK for the last 20 years. These are landscape locations which have spiritual resonance and contexts in Trizinia, the birthplace of Theseus and home to Hippolytus and the tragic Phaedra and in West Cornwall, centred on St Just and the region of a number of Celtic Saints. They are locations which still have visual evidence of the journey from matriarchal religions to Greek Orthodoxy in Trizinia and from the ancient Celtic earth goddess (Maeve, Mab, Madge) to the early Celtic Church and modern Christianity. This corresponds with the late neolithic and early bronze age and the shift from tribal matriarchal societies to early kingship which is celebrated in classical plays and theatre and the Celtic myths that have come to us from early Christian authors for example “The Wooing of Etian”, “The Cattle Raid of Cooley”, “The Mabinogion” as well as the tablets of Gilgamesh and the writings of Homer. The cultural connections were reinforced by the value of Cornish tin to the Mycenaean bronze age and the settings for Homer in the Argolid. These traditions have left their mark and resonance in the landscapes of my Greek and UK studios. Near my Greek studio, by the Devil’s Bridge and Gorge there are the remains of temples to the Egyptian Goddess Isis as well as the Greek Gods Pan and Dionysus which are now Byzantine chapels. The river passes the temple to Hippolytus and the fields where he exercised his horses whilst Phaedra watched, to the natural harbour with “The Beard”, where Poseidon begat Theseus and the rocky shore where he caused the sea monster to kill Theseus’ son Hippolytus. Along the coastal route to Athens, legend has it that Theseus destroyed the criminals as well as usurped the societies of the old religion, all brought alive in “The King Must Die” by Mary Renault. I am very interested in the migrations of the Celtic tribes through this region to the Celtic fringes of Europe, for example, in the possible origin of the Gundesrup Cauldron, found in Denmark, from Thessaly. One such tribe, the Danaii, left their identity in the place names of Wales and Cornwall. My work celebrates the spirit of these places in the West Country and Trizinia (ancient Troezen) which was more recently the seat of the Bishops of Damala, and is also the context for a number of Greek tragedies, especially the gorge with the ravine of the ancient god Pan associated with Bacchic and Dionysian rites as well as the guardian figures from

the Book of the Dead and “The Queen of the Night” from Mesopotamia. These were the original locations for the prototypes for the Olympian myths. Artefacts in the British Museum have informed some of my imagery (not exhibited) and my studio is near to the classical theatre of Epidavros whose annual summer festival of Greek classical drama is a continuing influence and a recasting of these attempts to open consciousness to the underlying spiritual order. In Cornwall, more recent paintings have been of what were originally sacred pagan sites celebrating the land of the Goddess and later adopted by the Celtic Church. For example, St Nectan’s Glen, now thought to be the fourth most visited revered site in the UK near Tintagel, or St Nonna’s Well in Pelynt, dedicated to the Celtic Saint who was raped and subsequently gave birth to St David, patron saint of Wales. I retain a modest studio nearby and work in the adjacent landscapes of Bodmin and Dartmoor, the Fowey, Tamar and West Looe Valleys. The Celtic connections are embedded in my childhood memories (my mother grew up in Wales in the farm frequented by J D Innes and Augustus John) and paintings of the sacred wells and chapels of this Celtic world are very much part of my more recent work. There is a particular well at Sancreed between Newlyn and St Just where some of the artists of the Newlyn School are buried, which I have painted a number of times, hallowed by my personal regard for Stanhope Forbes and his wife Elizabeth. Their family grave is located here. Across the lane from the ancient churchyard with its four early Celtic crosses is the sacred well and the remains of an early Celtic Chapel. The well has an ancient (possibly pre-historic) stone slab entrance and the May tree above it is festooned with clouties, constantly renewed. The spirit of the place is inescapable: what some might call animism and others empathy. The wells and springs are commonly associated with healing. We are entering the world of myth and Jungian archetype. I frequently arrive to paint to find lit candles within the chamber by the natural spring but have never knowingly met the celebrant or supplicant. St Nonna’s Well is also maintained by renewed gifts to the inner chamber and brightly coloured clouties hang in the magnificent oak tree above it. It makes a marvellous subject. Ultimately, however, it is the extraordinary quality of light, and the power of the landscapes which make me paint them. These are what originally took me to Greece and Cornwall and keep me going back. David Shutt, 2017

About David Shutt The single most formative influence on David Shutt&#39;s life was visiting L S Lowry at his house, which was near his family home, a number of times around 1960 as a school boy. The large “Ebbw Vale” painting was in progress on the main easel in his front room. It was Lowry who first made David Shutt aware that one could be an artist and encouraged him to bring some of his paintings to his house and talked to him about them. Born in West Kirby, The Wirral, in 1945, David Shutt followed Lowry&#39;s advice and applied to do the Manchester Foundation Course (1964) and was taught by Adrian Henri who was his tutor. Henri was very supportive but Shutt was particularly predisposed by Lowry to respond to the aesthetics of the Euston Road School whose ex-teachers and pupils he met as an undergraduate at Leeds University (1968) in Quentin Bell and Lawrence Gowing and as a post-graduate in William Coldstream and Euan Uglow at the Slade (1979). It was there Shutt also met Patrick George and Patrick Symonds, both substantial influences on his work. The most particular and focussed teaching he experienced however was from Norman Norris. After leaving the Slade, Shutt became a visiting tutor at a number of London art schools but continued to work from the figure in a studio made available for ten years at the then London College of Printing at the Elephant and Castle. Euan Uglow used to call in on his way to the Slade every week and look at Shutt&#39;s current painting. It was from Patrick Symonds and his extraordinarily personal approach to art education that Shutt was able to apply to his own work and teaching, which led to him becoming Head of the Art and Design Department at Canterbury Christ Church University. The need to develop his own work and continuing professional practice as an artist were absolutely homogeneously welded together: the one informed the other which eventually led to him resigning in order to devote all his time to painting. Shutt moved to Greece and lived there for ten years, devoting himself fully to his practice. He has recently spent increasingly more time in the UK, in Cornwall and Kent.

Published in conjunction with the exhibition of same title at Felix & Spear, London, 2017 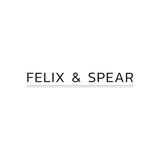