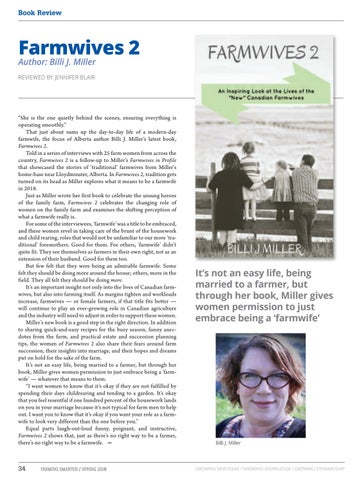 “She is the one quietly behind the scenes, ensuring everything is operating smoothly.” That just about sums up the day-to-day life of a modern-day farmwife, the focus of Alberta author Billi J. Miller’s latest book, Farmwives 2. Told in a series of interviews with 25 farm women from across the country, Farmwives 2 is a follow-up to Miller’s Farmwives in Profile that showcased the stories of ‘traditional’ farmwives from Miller’s home-base near Lloydminster, Alberta. In Farmwives 2, tradition gets turned on its head as Miller explores what it means to be a farmwife in 2018. Just as Miller wrote her first book to celebrate the unsung heroes of the family farm, Farmwives 2 celebrates the changing role of women on the family farm and examines the shifting perception of what a farmwife really is. For some of the interviewees, ‘farmwife’ was a title to be embraced, and these women revel in taking care of the brunt of the housework and child rearing, roles that would not be unfamiliar to our more ‘traditional’ foremothers. Good for them. For others, ‘farmwife’ didn’t quite fit. They see themselves as farmers in their own right, not as an extension of their husband. Good for them too. But few felt that they were being an admirable farmwife. Some felt they should be doing more around the house; others, more in the field. They all felt they should be doing more. It’s an important insight not only into the lives of Canadian farmwives, but also into farming itself. As margins tighten and workloads increase, farmwives — or female farmers, if that title fits better — will continue to play an ever-growing role in Canadian agriculture and the industry will need to adjust in order to support these women. Miller’s new book is a good step in the right direction. In addition to sharing quick-and-easy recipes for the busy season, funny anecdotes from the farm, and practical estate and succession planning tips, the women of Farmwives 2 also share their fears around farm succession, their insights into marriage, and their hopes and dreams put on hold for the sake of the farm. It’s not an easy life, being married to a farmer, but through her book, Miller gives women permission to just embrace being a ‘farmwife’ — whatever that means to them. “I want women to know that it’s okay if they are not fulfilled by spending their days childrearing and tending to a garden. It’s okay that you feel resentful if one hundred percent of the housework lands on you in your marriage because it’s not typical for farm men to help out. I want you to know that it’s okay if you want your role as a farmwife to look very different than the one before you.” Equal parts laugh-out-loud funny, poignant, and instructive, Farmwives 2 shows that, just as there’s no right way to be a farmer, there’s no right way to be a farmwife. h

It’s not an easy life, being married to a farmer, but through her book, Miller gives women permission to just embrace being a ‘farmwife’ 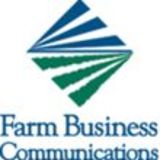