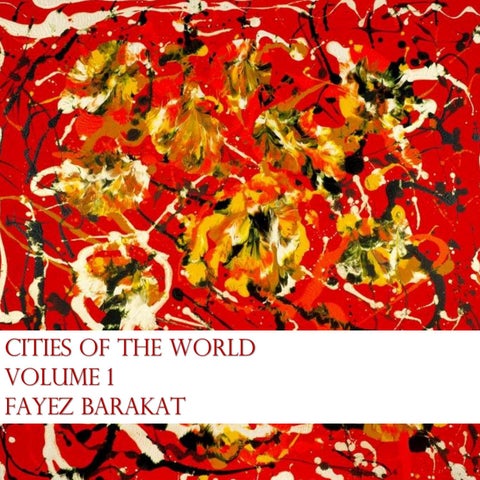 Fayez Barakat (b.1949), one of the world&#39;s most distinguished and prominent collectors of ancient art, was educated in the USA. He is currently the CEO of Barakat Inc. and manages to distribute his time between his galleries in London, LA, Hong Kong, and Seoul, and works on his great passion, painting. Fayez Barakat’s paintings are explosive variations of colours and forms, independent from the conventions of specific cultures, historic periods and trends, charged with a bold energy that openly and without any hesitation embraces and promotes an aesthetic identity through a unique artistic diversity. Being a prolific artist, a vast quantity of his paintings adopts multiple and various techniques rather than sticking to one specific style. his work has the nature of a disciplined practice that drives him as an artist beyond his own limits. Fayez has repeatedly stated that the presence of external forces motivates him to paint and believes that his paintings are created through his immersion in an unconscious ‘space of energy’, and that viewers of his artworks are also influenced, moved, driven and transported by the power of this energy.

A combination of the artist’s experiences in various phases of his life, Fayez’s aesthetic world leads us to a place beyond the orthodox educational and institutional discussions, to a world that can only be reached by virtue of meditating through the body and its senses. Having created a prestigious reputation and dominated the ancient art market with his professional acumen, Fayez Barakat is presently actively captivated by his paintings. We confidently anticipate that his rich oeuvre will expand our sensorial awareness and expose us to new aesthetic levels of consciousness.

Each of my paintings is a multifaceted mirror to the soul, mind and body. There are also facets to the senses, feelings, and memories, including fantasy and reality. The subject matter of each of the works deals with the conscious and subconscious mind of myself reflected to each viewer’s level of consciousness. The goal of my art is to transcend the viewer’s mental status to self-discovery through contemplation and meditation to achieve the understanding of one’s sanctity and acceptance of a new status of ones connection to the universe with all its splendour. Life is nothing more than a hyphen in time which requires our appreciation through the joy of beauty of the arts. Wishing the viewer a safe journey of discovery of oneself through my art.

Cities of the World Volume 1