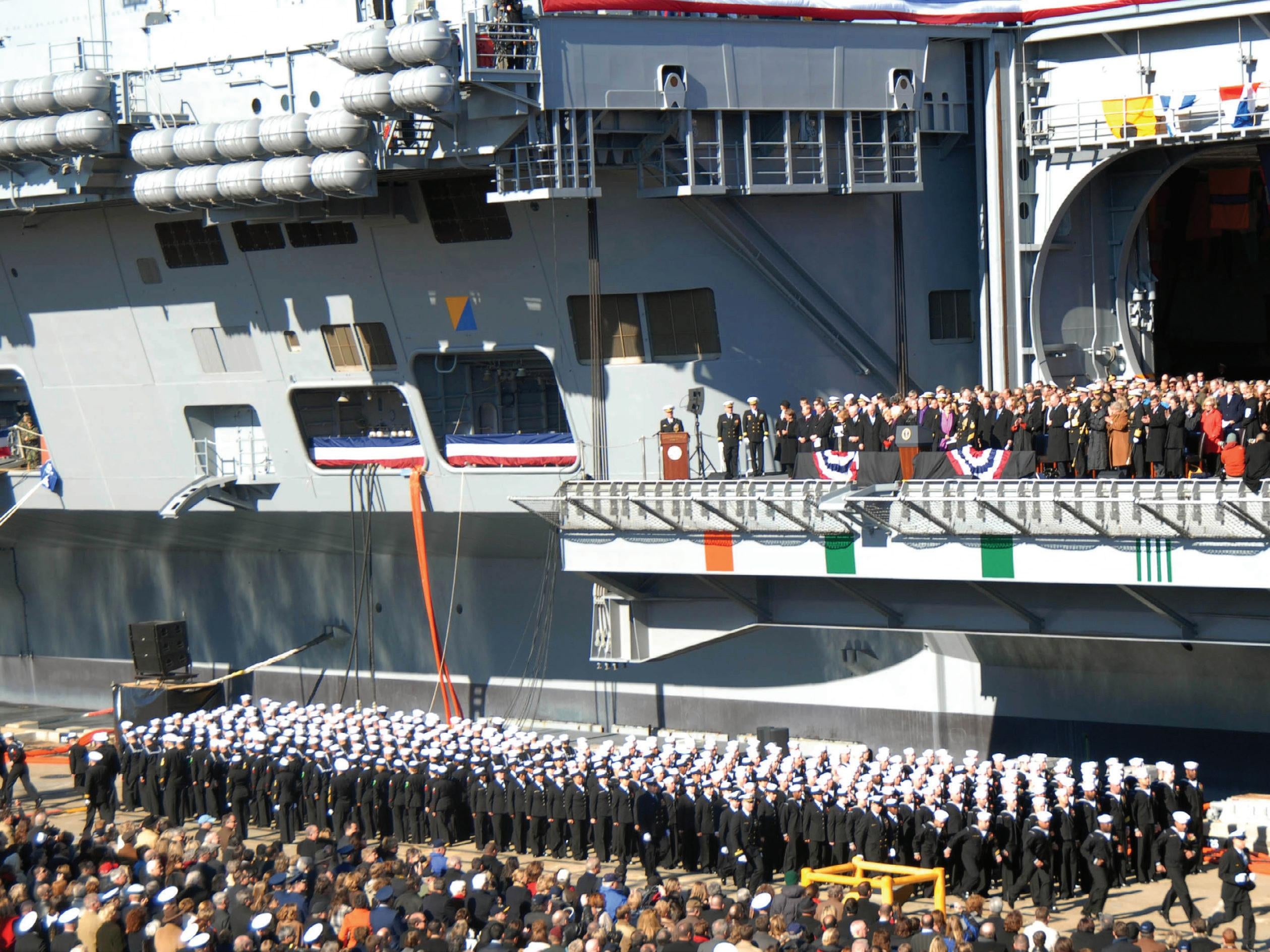 Boeing has been represented on the U.S. carrier deck for nearly a century. What does this long-term commitment mean to Boeing and to the Navy?

Boeing, directly and through its heritage companies, has been a part of carrier aviation from its beginning. We have proudly designed and built the airplanes that naval aviators have trained in and flown into combat throughout the history of naval aviation. Virtually every naval aviator, in both the 20th and 21st centuries, has flown a Boeing aircraft at one time or another, and Boeing has the honor of helping Sailors and Marines safely and effectively complete their missions at home and around the globe. Operating from the deck of an aircraft carrier is one of the most challenging forms of flight, and it takes special skills and special airplanes. The airplanes must be designed with engineering excellence and built with manufacturing prowess focused on quality, reliability, and most importantly, safety. From the Douglas D-T, specially equipped with a brand new innovation – the tail hook – to the FB-2 flying off the USS Langley (CV 1), to the SBD Dauntless that turned the tide in the Pacific War at the Battle of Midway, to the F2H Banshees and AD Skyraiders battling over bridges of North Korea, to the A-4 Skyhawks, F-4 Phantoms, and RA-5C Vigilantes over the Tonkin Gulf, to the F/A-18 Hornets in the Persian Gulf, and to today’s F/A18 Super Hornet, EA-18G Growler, CMV-22 Osprey, and MQ-25 Stingray – if aircraft carriers were there, so was Boeing. Beyond the aircraft, we have supported the Navy through training, support, and maintenance, helping to ensure Sailors and Marines are ready whenever and wherever the mission requires. Nearly every Navy trainer has come from either Boeing or one of its many heritage companies: the N2S “Stearman” Kaydet, SNJ Texan, T-28 Trojan, T-2J Buckeye, TA-4 Skyhawk, and today’s T-45 Goshawk. Boeing takes that responsibility seriously and continues to invest in the future of Navy aviation. Boeing aircraft have been on the carrier deck for almost a hundred years, and with the strength of Boeing’s experience, dedication, engineering excellence, and creativity, I have no doubt we’ll continue to see Boeing aircraft launching from the decks of carriers for the next hundred years.

Most people know Boeing for its aircraft. How does Boeing’s training and maintenance expertise and its supply chain management support Navy readiness?

We are hand in glove with naval aviation, looking to the future and continuing to bring Boeing’s innovative technology to the carrier deck. Naval aviators are able to train better, more quickly, and at a lower cost than they did even a decade ago using Boeing-developed training and simulation resources. With regard to readiness, Boeing’s analytics, supply chain expertise and global network are a critical support structure in Navy global force projection.

The CMV-22 Osprey recently achieved Initial Operating Capability to serve the carrier onboard delivery mission. How will the CMV-22 affect future carrier operations?

CMV-22 Osprey, a tiltrotor aircraft, is based on proven variants currently in service with the Marine Corps and the Air Force. The tiltrotor allows it to take off and land like a helicopter and then, once airborne, achieve the speed and altitude common to a turboprop aircraft. This flexibility is ideal for the carrier onboard delivery mission, where its unique capabilities provide new flexibility and capability for the carrier battle group.

This aircraft will provide increased flexibility for logistics movement and carrier support compared to legacy platforms. Beyond the vertical lift capability, the range and versatility will enable the Navy to conduct carrier logistics differently and more efficiently than they have in the past and gives the commander greater options. The story of the CMV-22 has yet to be written because the Navy is going to find new and innovative ways to use that aircraft to increase the combat effectiveness of the carrier air wing.

The MQ-25 is going to dramatically enhance Navy operations. How will the Stingray enhance carrier operations?

The MQ-25 allows the Navy to free up combat airplanes for combat missions versus refueling operations, enhancing strike capability while reducing wear on the airframes. This will give carrier strike groups greater striking range and flexibility of movement. Beyond that, the MQ-25 allows leadership and Sailors to see how piloted and unmanned aircraft can combine for greater mission effectiveness.

What are your thoughts on the future of naval aviation?

I see a bright future for naval aviation and carrier-based aviation, with high demand continuing for the Navy’s ability to prosecute any mission, anywhere in the world to defend the United States and our allies. I think we’re seeing the beginning of what’s next right now. We’re seeing greater use of analytics to better manage maintenance, readiness, training, inventory management, etc. We’re using more virtual reality and artificial intelligence to help with everything from training to mission planning. We’re seeing unmanned and autonomous assets on the deck like the MQ-25 Stingray, and what would previously be considered non-traditional aircraft such as the CMV-22 Osprey.

For the next several decades, as these new features become more mature, the carrier deck will also have some familiar elements. For example, the F/A-18E/F Super Hornet has been the backbone of naval aviation for many years. Boeing continues to evolve and enhance the F/A-18 and EA-18G with new capability, combining its proven performance with new technology to maintain its relevance in meeting present and future threats. The combination of the F/A-18 Block III upgrade, the Growler Block-II upgrade and the Service Life Maintenance Program will have Super Hornets on the carrier deck well into the 2040s.

Boeing isn’t resting on its history. It’s combining industry-leading knowledge of the maritime domain with world-class innovation and significant research and development to continue inventing and innovating products, services, and capabilities that enable the U.S. Navy to remain the preeminent navy on the planet. And that’s how Boeing remains a partner on the carrier deck for the next hundred years and beyond.