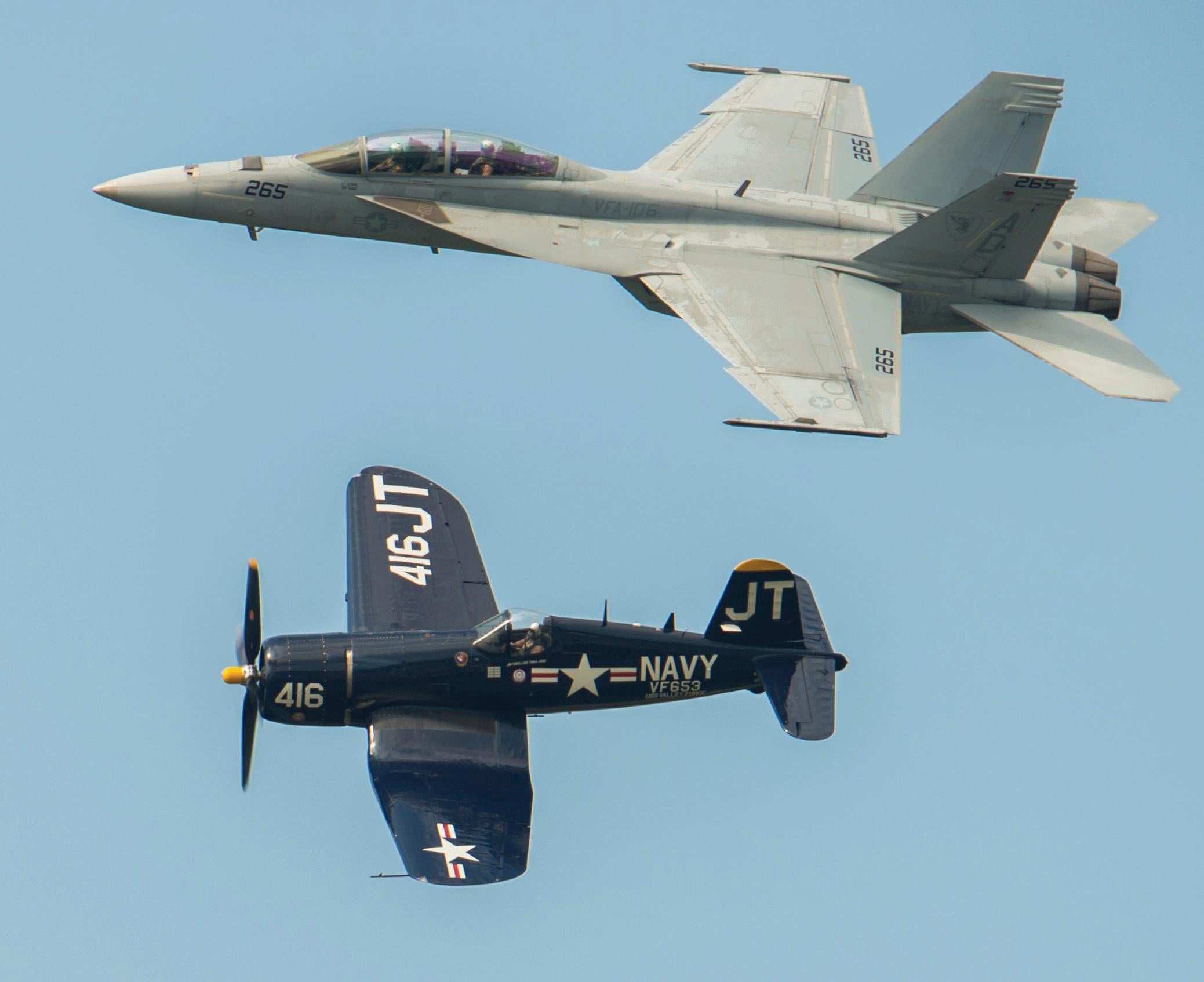 OCEANA MASTER JET BASE IS THE ...

We believe that the security of our nation and of the people of the world demands a well-balanced, integrated, mobile American defense team, of which a strong Navy, Marine Corps, Coast Guard, and Merchant Marine are indispensable parts.

- Statement of Policy, Navy League of the United States

For more than a century, the Navy League of the United States has supported and advocated for the sea services. Formed in 1902 at the behest of President Theodore Roosevelt, the Navy League’s goals are:

• To foster and maintain interest in a strong Navy, Marine Corps, Coast Guard, and Merchant Marine as integral parts of a sound national defense and vital to the freedom of the United States.

• To serve as a means of educating and informing the American people with regard to the role of sea power in the nuclear age and the problems involved in maintaining strong defenses in that age.

• To improve the understanding, appreciation, and recognition of those who wear the uniforms of our armed forces and to better the conditions under which they live and serve.

• To provide support and recognition for the sea service Reserve forces in our communities in order that we may continue to have a capable and responsive maritime Reserve community.

• To educate and train our youth in the customs and traditions of the Navy, the Marine Corps, the Coast Guard, and the Merchant Marine through the means of an active and vigorous Naval Sea Cadet Corps.

The Navy League communicates with the general public and national leadership through placement of editorials in the mainstream press, its Sea-Air-Space exposition it holds every year in Washington, D.C., and its magazine, Sea Power.

The Navy League also supports longterm educational efforts such as the reading programs of the Chief of Naval Operations, the U.S. Marine Corps, and the U.S. Coast Guard.

Much of the Navy League’s work hinges on advocacy for the sea services and for sea power.

One of the most visible activities of the Navy League is its program of sponsoring the commissioning of new vessels into the sea services. Federal law, ethics rules, and service regulations heavily limit the sea services in what they are allowed to do during the fitting out and commissioning of new vessels, and the Navy League has made it its mission to help out and finish the job the way it should be done.

The Navy League’s contribution to a ship commissioning begins long before the vessel ever goes into the water, working with the shipbuilders and other contractors, the sea services themselves, and local Councils to lay out a program for the ship commissioning that will be supportive of the ship and crew, educational for the community, and, most important, legally allowable for all the parties concerned.

The Councils are involved in a number of ways with the commissioning of a vessel, from the commissioning itself to a discreet process of fundraising to help improve the lives of the crew aboard the vessel. These include finding funds to provide shipboard enhancements to help make the ship more of a home for the young servicemen and women who will live aboard.

Improvements to the ship’s library/ chapel spaces, buying gym equipment for crew fitness, and computers and software for ships’ learning centers are just some of the things that Navy League councils help provide for the men and women who sail America’s ships.

It is important to note that taxpayer dollars do not fund ship enhancements or activities surrounding the commissioning ceremonies. They are funded through private contributions made up of individuals and corporations that understand the sacrifices our service members undertake while at sea and ashore.

“A by-product of all of this is that it brings awareness of the importance of the sea services to the national defense of our maritime nation,” said Maryellen Baldwin, president and chief executive officer of the Hampton Roads Council of the Navy League of the United States (NLUS).

Navy League of the United States, Hampton Roads Board of Directors

Captain Lou Schager, Jr., USN (Ret.) - Chairman of the Board