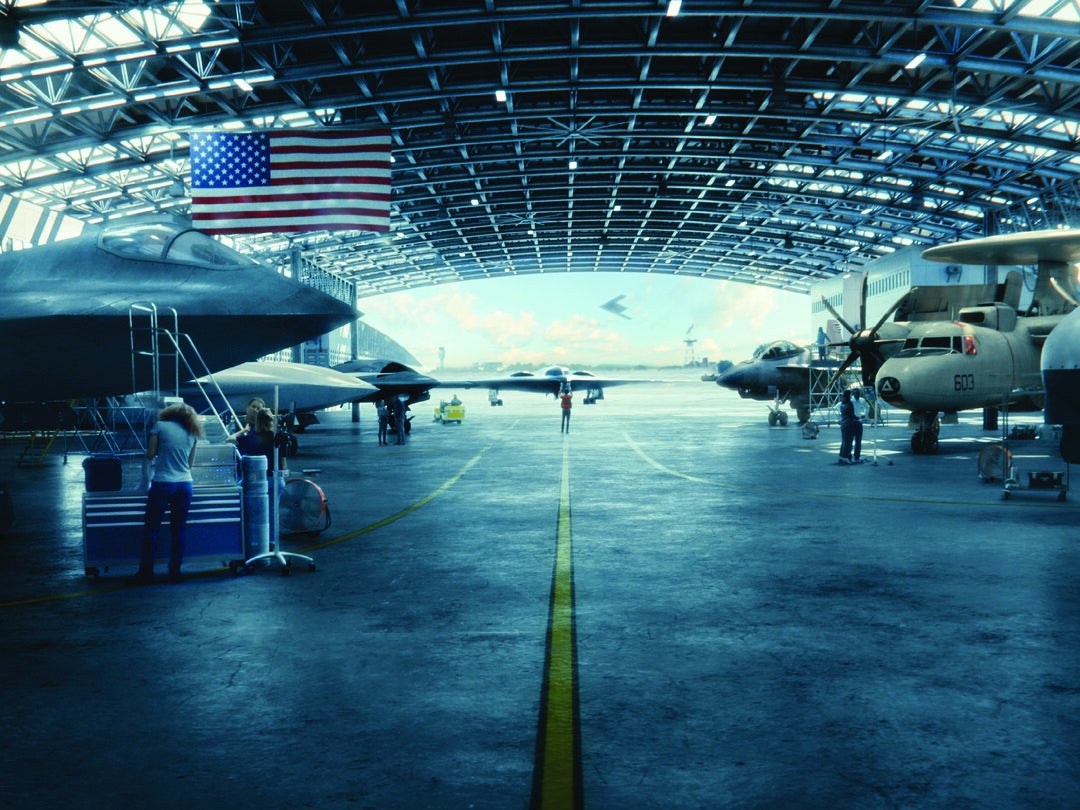 KEVIN MICKEY, VICE PRESIDENT A...
Rear Adm. John F. Meier, a native of Export, Pennsylvania, graduated from the United States Naval Academy in 1986 with a Bachelor of Science in general engineering. He completed flight training in Beeville, Texas, and was “winged” as a naval aviator in August 1988.
Meier’s operational assignments include Electronic Attack Squadron (VAQ) 141, Carrier Air Wing (CVW) 2, VAQ-128, and executive officer onboard USS Harry S. Truman (CVN 75), during which the command was recognized with the 2008, 2009 and 2010 Battle “E” and the 2009 Safety “S.” Command tours include VAQ-136, earning the Safety “S” and Battle “E” in 2004 as well as the 2005 Retention Excellence award; USS Gunston Hall (LSD 44), earning the 2011 Battle “E;” and Precommissioning Unit Gerald R. Ford (CVN 78), earning the 2014 and 2015 Retention Excellence awards. Meier most recently commanded Carrier Strike Group (CSG) 10, earning the Humanitarian Service award. Meier’s shore assignments include tours at VAQ-129, where he was recognized as Instructor Pilot of the Year in 1995; EA-6B placement officer at Navy Personnel Command; senior operations officer and emergency actions officer on the Chairman of the Joint Chiefs of Staff in the National Military Command Center; requirements officer for EA-18G at the Office of the Chief of Naval Operations (OPNAV) N88; assistant chief of staff force readiness officer at Commander, Naval Air Forces; assistant commander, Navy Personnel Command for Career Management (PERS-4); and commander, Navy Warfare Development Command.
Meier has participated in operations around the world since Desert Storm, led Southern Partnership Station, and built the crew and culture of USS Gerald R. Ford (CVN 78) as the first commanding officer. He has accumulated more than 4,000 flight hours and 675 carrier landings. Meier assumed command of Naval Air Force Atlantic on May 1, 2020.
His decorations include the Legion of Merit and various other personal and unit level awards.

What lessons can a century-old converted collier provide to a 21st century U.S. Navy?

Just as we knew a hundred years ago with the conversion of USS Jupiter to USS Langley, innovation and modernization are imperative for the U.S. Navy. The Langley was named in honor of Samuel Pierpont Langley, an American aircraft pioneer and engineer, and was thus a tribute to the pioneering spirit that is naval aviation. The aircraft carrier has served as one of the key symbols for our Navy, and from CV 1 to CVN 78, these ships have proven to be the U.S. Navy’s preeminent power projection platform.

How important to the nation were U.S. Navy aircraft carriers and naval aviation over the past century of their existence?

As the world has evolved over the last century, so has the requirement for the modernization of aircraft carriers and the capabilities they possess – and could possess in the future. From Humanitarian Assistance and Disaster Relief (HA/DR) to exercises with allies and partners, to serving as the flagship for the carrier strike group, our carriers continue to deter aggression and assure our national security. They serve significant operational and diplomatic objectives for the United States, are the cornerstone for our Navy’s ability to project power, and maintain our commitments worldwide. It is no surprise that in times of crisis, presidents and senior leaders alike ask: Where is the nearest carrier?

What have been the most important advances in aircraft carriers and carrier aviation?

(1) The advancement of nuclear propulsion has provided a critical capability in the sustainment of military operations worldwide. It allows us to be self-sufficient, with more room for jet fuel, ordnance, and stores – thus reducing our dependence on logistics and lowering the cost of operations. For example, we can transit over 700 miles in 24 hours to provide support in various regions around the globe. (2) By providing long-range flight operations for over 75 aircraft per carrier, the U.S. Navy can provide a range of multi-mission capabilities to numbered fleet commanders as well as for partners and allies.

What have been the most important changes and innovations in carrier aviation over the past century?

CVNs, and the CVWs they carry, are constantly evolving in order to remain dominant over realized and potential threats around the globe. The adaptability of the carrier and its multimission capabilities ensure they remain effective, relevant, and potent year after year and decade after decade. Recent advancements on the carriers include the USS Carl Vinson’s (CVN 70) most recent deployment with the F-35C Lightning II and the CMV-22B Osprey, and USS George H.W. Bush (CVN 77) deck testing for the MQ-25, the world’s first operational, carrier-based unmanned aircraft to provide aerial refueling, and intelligence, surveillance, and reconnaissance (ISR) capabilities.

No matter where you are in the world, the aircraft carrier serves as the ultimate symbol for the U.S. Navy. They can conduct full-scale military operations for over 70% of the Earth’s surface and have an unequaled ability to provide warfighting capabilities across the full spectrum of conflict. In the increasingly globalized world economy, carriers are a key tool in providing a safe, secure, and stable maritime system to all of humankind. Their ability to adapt with their strike groups is the foundation of the U.S. maritime strategy and their presence alone is used for a myriad of operational and strategic objectives.

What have been the most important aspects of carrier aviation that have endured over the past century?

The fighting spirit in our pilots during events like the Battle of Midway still holds true today. Their professionalism and dedication to training helps to preserve the readiness and warfighting capability that are vital to U.S. naval aviation.

What are the differences or improvements between the Ford class and the Nimitz class that preceded it?

No matter where you are in the world, the aircraft carrier serves as the ultimate symbol for the U.S. Navy. They can conduct full-scale military operations for over 70% of the Earth’s surface and have an unequaled ability to provide warfighting capabilities across the full spectrum of conflict.

Just as the world continues to evolve, so does the requirement to modernize the carriers and their ability to support national defense requirements. As technology transforms the way we approach warfighting (i.e. artificial intelligence and networked automation) the U.S. Navy must prioritize ways to expand carrier-based power projection while advancing key capabilities to retain tactical relevance. Kinetic and non-kinetic weapons will continue to become smarter and more survivable with increased range, flexibility, and lethality – therefore, finding their place within the multi-mission capabilities of the carrier strike group framework is critical to the future of our power projection.

How important is Manned-Unmanned Teaming to the future of naval aviation, and what are the challenges involved in developing the capability?

How will unmanned aircraft on flight decks affect the culture of naval aviation? The Navy is preparing for tomorrow’s fight by investing in unmanned technology to increase the fleet’s capability, capacity and lethality, and pace the evolving challenges and threats of the 21st century. Continued Manned-Unmanned Teaming (MUM-T) development will enable information sharing across a distributed force, increasing survivability, reducing risk to manned aircraft, and ensuring weapons capacity. Future unmanned air vehicles will be survivable platforms, with sensors and tools to expand range, targeting, and armament capabilities.

UAS will fill diverse roles in the future air wing and the distributed surface fleet in missions such as refueling, communications relay, logistics, airborne electronic attack, strike, and ISR-T.

Persistent unmanned tanking is a force multiplier that frees up the Navy’s strike fighters and pilots currently carrying out the tanking role and delivers greater range and endurance for the CVW to execute missions.

The MQ-25 will be the Navy’s first aircraft carrier-based unmanned platform and will increase the lethality and reach of the CVW as a tanker with a secondary ISR role. Along with organic tanking, the MQ- 25 will pave the way to extend strike range and enhance maneuverability. CV100