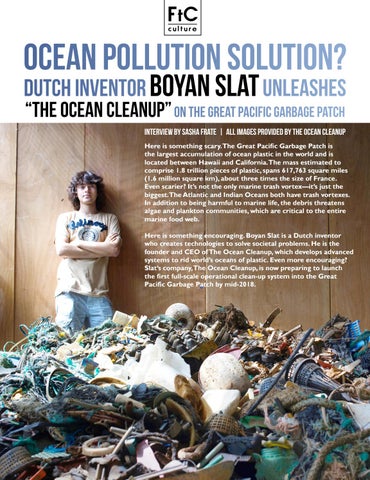 Interview by Sasha Frate | all images provided by the ocean cleanup Here is something scary.The Great Pacific Garbage Patch is the largest accumulation of ocean plastic in the world and is located between Hawaii and California.The mass estimated to comprise 1.8 trillion pieces of plastic, spans 617,763 square miles (1.6 million square km), about three times the size of France. Even scarier? It’s not the only marine trash vortex—it’s just the biggest.The Atlantic and Indian Oceans both have trash vortexes. In addition to being harmful to marine life, the debris threatens algae and plankton communities, which are critical to the entire marine food web. Here is something encouraging. Boyan Slat is a Dutch inventor who creates technologies to solve societal problems. He is the founder and CEO of The Ocean Cleanup, which develops advanced systems to rid world’s oceans of plastic. Even more encouraging? Slat’s company,The Ocean Cleanup, is now preparing to launch the first full-scale operational clean-up system into the Great Pacific Garbage Patch by mid-2018.

Every April, millions of people around the world gather to celebrate Earth Day. It’s a time to renew our commitment to protecting our environment, and we hope you join us in doing just that. Living an environmentally conscious lifestyle is not as daunting as it may seem. This edition is packed with insights from eco-conscious travel and eco-friendly music festivals to huge solves like The Ocean Cleanup, founded by Boyan Slat at age 18 and will now renew your faith in mankind as he seeks to remedy the Great Pacific Garbage Patch. “It’s not a question of ‘either cleanup OR prevention,’ it’s cleanup AND prevent.” We talk with sustainable brands Patagonia and prAna on their impact and influence, and adventurer-filmmaker Jordan Taylor Wright talks the many ways we all own the power to 'be the change.' Resonance Science Foundation introduces groundbreaking ideas regarding clean energy technologies. Plus, get 'Purified,' music and nature-inspired with Nora en Pure - and much more! 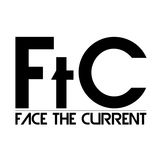