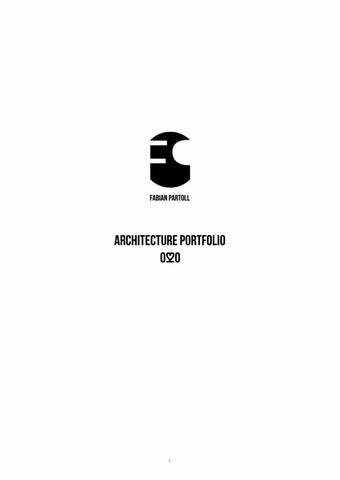 “MY DIGITAL GRAVEYARD” small selection of detail & execution drawings // projects that didn’t make it, but which are still beautiful. // a few pages so they don’t get lost on some kind of harddrive. 3

end of the year exhibition 2016 university of innsbruck

Discrete: Reappraising the Digital in Architecture

BRIEF: institution: institute of urban design, University of Innsbruck credits: Daniel Köhler, Ingrid Hufnagl The intention of the design studio is to take each part of a building serious, and consider each part as being the ground of a city. Every building consists out of many parts. Each part is connected with each other to form a whole. By reassembling the parts of a building to a new whole, the whole turns into a strange city. Disciplinary context: In his book “De re aedificatoria” Alberti defines two disciplinary problems. One problem is the relationship between the parts to its whole. For Alberti every part of a building had to scarify its individuality to its whole. The second disciplinary problem defines the whole of a house as a city. Modernism changed our perspective of the building as a whole. Within the Dom-Ino House, Le Corbusier unfolds the idea of a building as the assembly out of parts. The parts do not scarify its individuality towards a whole but rather defines the whole as an assembly of individual parts. The parts are known as the 5 points of a new architecture: the piloties, the free plan, the horizontal window, the hanging façade and the roof garden. While the form of production changed the mode of buildings, at the same time it changed the form of our city as well. Instead of placing buildings next to each other (baroque ensemble), the city that emerged trough the industrial age becomes the form of a field of freestanding object surrounded by a void space. What has emerged with the freestanding object is that the building becomes the producer of urban spaces within itself. Nicolas Ledoux for example made it possible that you could walk onto, into and underneath the building as well as enter the building by a large hole that cut trough the solid of the building. Le Corbusier has lifted his buildings of the ground so that a space emerged underneath the building while at the same time he reproduced the lost ground as a roof garden. While the garden, one of the 5 elements of a new architecture turned into urban ground, nearly any part of the building started to become a public space within the 20th century. At the Unité d’Habitation for example, the inner corridor turned into a public street. This public corridor became repeated by the street in the air by the Smithson’s, or became a street grid within the mat-building of Candilis/Woods. Within the theorem of the high-rise, every floor is considered to be new ground. In his cemetery in Modena, Aldo Rossi turned the façade into a framework for a public space and Rem Koolhaas OMA project of the Il Jussieu library, turned the floors into a continuous ground. The design studio will explore each part of the building as a potential ground for a city. By resembling the parts into a new whole, a strange city emerges, in which every part of a building is taken serious while its new whole is strange, foreign and weird.

BRIEF: From Object to Field: urban Operations on architectural Form With the description of the city as an object the question arises: How can architectural elements be related to one another to be recognized as a group, neighborhood or city? In architecture the name for a group of elements that relate to each other without losing their independence, is a field. In this course we are looking for strategies, on how we can develop the loose juxtaposition of our cities to a field. The starting point here is the research of Ludwig Hilberseimer, who in his later works dealed with the inscription of urban intentions as architectural operations into its parts the individual architectural object. His diagram of the Inscription, we will adapt and extend with our own approaches based on the analysis of classical projects. Goal is an urban field as speculation on possible forms of urban object.

Our strategy was to create an efficient ecosystem, that adapts to

the surrounding conditions. Seoul has an large amount on air pollution and the site next to the river should function as an air cleaner. We generated an landscape based on the main wind directionheading from the city torwards the Han River. Our hotspots where we placed our buildings, were those areas where the turbulences of the city had their highest density. To get a higher effect we also modifed the landscape there, to create some lakes. Water helps to rise the velocity of the wind, the so called chimney effect. In combination with the carefully chosen areas and the landscape modification we are able to collect the highest amount of polluted air from the city. The structures get sprayed with titanium dioxid and in reaction with sunlight it creats salt. After a while this salt can be harvested and used for many benefits. Salt can be used to treat many deceases like, allegies, it helps to recover infected lungs, and it has many benefits for the human skin. Some say it also helps to release some stress. The landscape with its harvesting lakes is sectioned in different parts. There are open/public areas open for everyone, but there is also the possibility to rent certain areas, for privat urban salt gardening. The Terminal is like a huge three dimensional garden, open to everyone. You can excess it from the river by boot or through two mainly entries from the city. When there is enough salt grown, you can walk through the meandering paths and stairs. Once you are in the building, you can fully immerse in it. You can discover new areas of fresh grown salt and can harvest your own salt on your way through the building.

STILS FROM WIND ANALYSIS ACROSS THE SITE

TRACING PARTICELS ACROSS THE SITE 21

“NESTED INHABITATION” BRIEF: The thesis tries to develope a new kind of zoo typology. By using the existing diagrams, like prison, theater and museum and fusing them into a new diagram. What I called “Nested Zoo”. Nested zoo is a zoo which ereases all kind of borders, a normal zoo would have. Animal and human space is meregd into one gradiant space. Due to the organic form and the folds an wrinkles of the building. Spaces are created, which animals can take over. A existing learning path is placed into the building, to ensure that humans can walk and learn how the animals are behaving in their natural habitat. The design is a new symbiosis of nature, science and wonder. New materials are beeing explored that tackle issues of climate change with the help of the animals, mainly inscets. Material ecologies are developed, with which we can build buildings that transform them selfs over time. And thus build new habitats for different kind of species. To fit all those needs into one form, I investigatet into the reaction diffusion algorithm. The reaction diffusion equation is basically two gases with different densities. That try to find a state of equilibrium.

“THE COLLECTIVE” BRIEF: Goal was to develop a design that reflects a new spirit in labour and living. New typs of urban housing, mixed with new typs of working. One can not be without the other. People are living where they are working. The design was split into 3 parts. A coding school underground, Public area on the ground level and housing on top of all. The project was in collaboration with big architects.

“ K F A S ” BRIEF: This competition and the realized projects are expected to become a future model for developments in the Gulf region. An awareness of the cultural and social context of the Gulf, and of Kuwait through previous work is highly valued. KFAS expects forward-looking, innovative and cost-efficient constructions aiming at the highest sustainability targets for a new construction project. The new buildings should offer a flexible and innovative working environment for staff.

FILMSTUDIO IN INNSBRUCK FOR THE MOG COLLECTIVE PRIVATE DESIGN 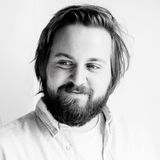