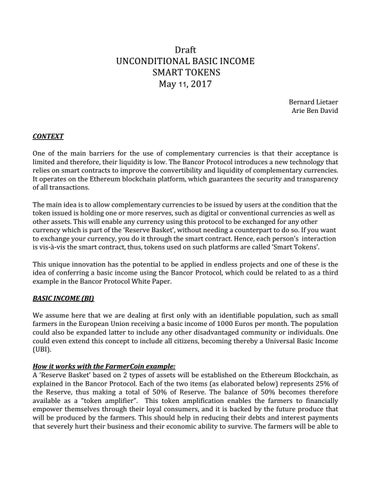 CONTEXT One of the main barriers for the use of complementary currencies is that their acceptance is limited and therefore, their liquidity is low. The Bancor Protocol introduces a new technology that relies on smart contracts to improve the convertibility and liquidity of complementary currencies. It operates on the Ethereum blockchain platform, which guarantees the security and transparency of all transactions. The main idea is to allow complementary currencies to be issued by users at the condition that the token issued is holding one or more reserves, such as digital or conventional currencies as well as other assets. This will enable any currency using this protocol to be exchanged for any other currency which is part of the ‘Reserve Basket’, without needing a counterpart to do so. If you want to exchange your currency, you do it through the smart contract. Hence, each person’s interaction is vis-à-vis the smart contract, thus, tokens used on such platforms are called ‘Smart Tokens’. This unique innovation has the potential to be applied in endless projects and one of these is the idea of conferring a basic income using the Bancor Protocol, which could be related to as a third example in the Bancor Protocol White Paper. BASIC INCOME (BI) We assume here that we are dealing at first only with an identifiable population, such as small farmers in the European Union receiving a basic income of 1000 Euros per month. The population could also be expanded latter to include any other disadvantaged community or individuals. One could even extend this concept to include all citizens, becoming thereby a Universal Basic Income (UBI). How it works with the FarmerCoin example: A ‘Reserve Basket’ based on 2 types of assets will be established on the Ethereum Blockchain, as explained in the Bancor Protocol. Each of the two items (as elaborated below) represents 25% of the Reserve, thus making a total of 50% of Reserve. The balance of 50% becomes therefore available as a “token amplifier”. This token amplification enables the farmers to financially empower themselves through their loyal consumers, and it is backed by the future produce that will be produced by the farmers. This should help in reducing their debts and interest payments that severely hurt their business and their economic ability to survive. The farmers will be able to

sell the smart tokens they issued at a discount, as if they were ‘prepaid cards’ or ‘vouchers’, in which the customer pays for example 100 and receives tokens valued at 120. Each FarmerCoin takes the form of an Ethereum based blockchain that has two reserves as defined in the Bancor Protocol: Reserve Type One would be in Euros (or any other conventional legal tender currency that is used in a particular country or region), in the amount of 25% of the value of all the tokens issued. Reserve Type Two would be in Bancor tokens also in the amount of 25% of the value of the tokens that were issued in a form of Bancor, to enable convertibility with all users of the Bancor Protocol, including individuals, businesses and other social enterprises. A similar model could be used for example for a “GreekCoin” where a Crowdsale provides the resources for reserves for a smart token helping the Greek population that is so much under duress now… A Network of Networks: Each farm community will have its’ own ‘Smart Tokens’ and they will be connected to the others in the GroupMarket network of farmers’ marketplaces that will be all connected through the FarmerCoin via the Bancor Token in the Ethereum blockchain space. Governance: A complementary currency should be managed as a commons of its users. It is worth emphasizing that governance is a key element in this model that should be discussed extensively with the community. Using the Bancor Protocol on a large scale “for real” without an integrated governance system would be irresponsible. We need at least some of the functions of systems like the Aragon system (https://aragon.one), that is also operating on top of the Ethereum Blockchain. Indeed, Aragon makes available all the tools necessary to implement the governance as a commons of its users according to Elinor Ostrom’s 8 principles: 1 Define clear group boundaries. 2. Match rules governing use of common goods to local needs and conditions. 3. Ensure that those affected by the rules can participate in modifying the rules. 4. Make sure the rule-making rights of community members are respected by outside authorities. 5. Develop a system, carried out by community members, for monitoring members’ behavior. 6. Use graduated sanctions for rule violators. 7. Provide accessible, low-cost means for dispute resolution. 8. Build responsibility for governing the common resource in nested tiers from the lowest level up to the entire interconnected system. There are 7 possible sources of money that could be used to fill up both Reserves: 1. Governmental grant or subsidy in conventional national money. 2. Impact Investment Fund. 3. Not-for profit Foundation that supports the Basic Income’s purpose. 4. Money that may be raised by a FarmerCoin Crowdsale. 5. Individuals and Enterprises that can buy discounted Tokens.

6. Tax credits that can be issued by governmental or a Municipal authority (to be implemented in a later phase, once an agreement with tax authorities is reached) 7. The Bancor Foundation can also donate ‘Bancor Smart Tokens’ readily primed with bancor reserves to start the initial reserve. A metaphor explaining how it all works in a few words: 1. The blockchain Ethereum platform including the Bancor Protocol and the Basic Income Smart Token that together make all communities thrive plays a role like the Sun for our planet. 2. The Governance of the FarmerCoin as a commons of their users using the functions of Aragon to meet the 8 criteria of Elinor Ostrom plays metaphorically the role of the sky. 3. The community trust backed by the Bancor reserve is the healthy soil. 4. The thriving wallet of the community that continuously creates new apples is like an Apple Tree. 5. The Basic Income that the target farmers will get once a week is indicated by the refrigerator full of apples with the small “gifting” basket. 6. The tokens that the members exchange for goods & services to facilitate unmet needs with unused resources are the apples. 7. The x amount of tokens that get out of circulation once a month is indicated by the aging Rotten apples. 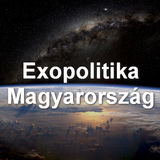