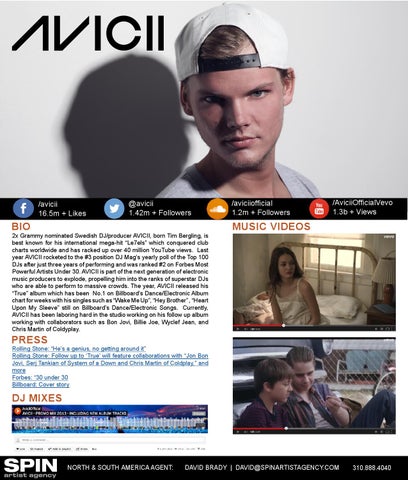 2x Grammy nominated Swedish DJ/producer AVICII, born Tim Bergling, is best known for his international mega-hit “Le7els” which conquered club charts worldwide and has racked up over 40 million YouTube views. Last year AVICII rocketed to the #3 position DJ Mag’s yearly poll of the Top 100 DJs after just three years of performing and was ranked #2 on Forbes Most Powerful Artists Under 30. AVICII is part of the next generation of electronic music producers to explode, propelling him into the ranks of superstar DJs who are able to perform to massive crowds. The year, AVICII released his “True” album which has been No.1 on Billboard’s Dance/Electronic Album chart for weeks with his singles such as “Wake Me Up”, “Hey Brother” , “Heart Upon My Sleeve” still on Billboard’s Dance/Electronic Songs. Currently, AVICII has been laboring hard in the studio working on his follow up album working with collaborators such as Bon Jovi, Billie Joe, Wyclef Jean, and Chris Martin of Coldyplay.

Rolling Stone: “He’s a genius, no getting around it” Rolling Stone: Follow up to ‘True’ will feature collaborations with “Jon Bon Jovi, Serj Tankian of System of a Down and Chris Martin of Coldplay,” and more Forbes: “30 under 30 Billboard: Cover story 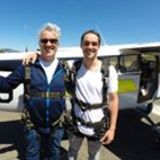