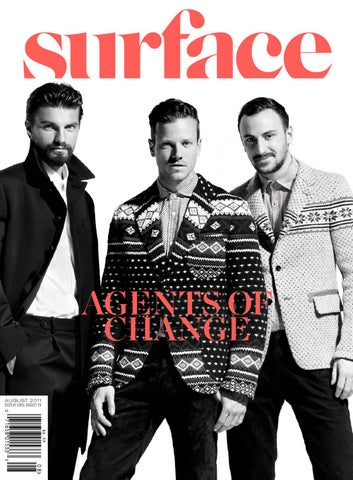 New York–based designer Rafael de Cárdenas, who runs the firm Architecture at Large, says the direction of his interiors projects “largely depends on which book is on my desk at the moment.” That held true, at least, when creating his latest retail project, the menswear boutique Unknown Union in Cape Town. During the design process, he turned to a book featuring the clean, colorful work of the Mexican Modernist architect Luis Barragán. Says de Cárdenas: “I thought, if we stick to his colors, we’re going to be okay. So we sampled colors from Barragán projects.”  The result is a two-floor, roughly 2,000square-foot shop built in an 18th-century building that features Barragán-inspired, gradient-morphed display cases made of MDF. (Gradients are a common style in de Cárdenas’ work, appearing most recently in his first furniture collection, which debuted at Manhattan’s Johnson Trading Gallery in May.) For the display cases, de Cárdenas collaborated with a local airbrush artist—“a motorcycle guy,” he says—and implemented simple geometries to introduce yet another one of his signature styles, the building-block form.  Seamlessly integrated into this scheme, almost like the background curtains of a set, are white walls and a spiral staircase (also painted white). At the same time, a web of fluorescent ceiling lights and a raw-looking chandelier with exposed cables brighten the room without being obtrusive. Combined, these elements evoke a kaleidoscopic maze that conveys, as de Cárdenas puts it, “atmospheric moodiness.”  Of the space, he says, “It speaks to a younger audience. But it also retains a sort of sophistication.”—spencer bailey

U.S. architect Peter Eisenman’s six-building City of Culture of Galicia project in Santiago de Compostela, Spain, evokes the area’s hilly topography. But for a 2,900-square-foot restaurant and shop inside one of the Eisenman buildings, local firm Estudio Nômada ignored the land and turned to the rural Galician lifestyle. Says partner Enrique de Santiago: “There’s this village with everything—a bar, a post office, a grocery store—in one space. We wanted to project that idea.” To achieve just that, the firm divided the space, placing on one side 26-foot-tall, tree-like oak structures over Corian-topped tables; on the other, they scattered bookshelves. For a flourish, they added colored wall tiles.—s.b.

The international publishing house Gestalten specializes in exploring visual culture, and reflecting that objective is its new 3,000-squarefoot retail and gallery space in Berlin, designed by its publisher and co-founder Robert Klanten, a trained industrial designer. Though the space was recently a gallery, Klanten found inspiration in its original use, a century ago, as a sewing company. “I like a space to be connected to its past and its location,” he says. To this end, Klanten brought in industrial 1920s Bolich lamps, which are part of a custom lighting system that includes dimmable strip lighting. For book-release parties, receptions, and panel discussions, a moveable L-shaped wall on wheels enables a quick transformation of the space.—carolyn stanley

For Lords South Beach, a Miami hotel marketed to the gay community, New York–based design firm BH+DM took design cues from the city’s sunny, poolside vibe, combining an aqua palette with yellow-and-white cabana stripes—a fitting choice, seeing as BH+DM partner Dan Mazzarini originally met the hotel’s founder, Brian Gorman, on a beach. The 53-room, 27,000-square-foot historic Art Deco building is infused with doses of flashiness (one bar is supposed to give the feeling of being inside a disco ball) and playfulness (the lobby sports a 10-foot-tall polar bear sculpture). The hotel’s aim, says Mazzarini: “to walk the line between chic and cheekiness.”–C.S.

L’Hôtel Thoumieux, a recently opened 15-bedroom boutique hotel redesigned by the French architect and designer India Mahdavi and situated in the 7th arrondissement of Paris, draws its spirit from the French style of rustic living. It’s a space that feels, as Mahdavi puts it, “more of a house than hotel. It’s homey and chic, elegant and simple, Parisian yet provincial.” Using decorative elements like patterned carpets, ornamental wallpaper, and colorful fabrics, the architect renovated the hotel’s cramped, poorly lit rooms, while also instilling a sense of order within the building’s old and complicated layout. Says Mahdavi: “My goal was to create an ambiance with what we had.”

In designing this cozy Parisian getaway, it was essential that the Thoumieux not appear too contemporary. So Mahdavi not only sought vintage furnishings from the Les Puces flea markets, but also designed pieces for the hotel herself. What resulted is a happy marriage of Modern and Rococo—a playful, effervescent atmosphere that stems from an oscillating rhythm of color, mainly hues of green, periwinkle purple, and pink. In addition, Mahdavi embedded strong, organic shapes into the hotel’s fabrics and furnishings, establishing an altogether intimate, luxurious, pied-à-terrelike setting. It’s one that Mahdavi hopes the Thoumieux’s guests can legitimately call their home away from home.–A.S.

When the Hong Kong–based designer Joey Ho was tapped to create the three-story, 3,175-square-foot Arthouse Café in Hangzhou, he was promised by the developer that the project—art galleries on the first two floors and a café/bar on the third—was going to be free of corporate branding. Designing the café’s identity, in other words, was completely up to Ho, under one condition: that the space function aptly for both daytime coffee and nighttime cocktails. A trained architect, Ho decided to do “something basic,” he says, turning to geometry, specifically triangles, as well as to simple materials, such as timber, marble, glass, and Corian. “By using basic geometry and materials, just focusing on these two manipulations, I was able to forget about the burdens of branding,” says Ho. “By just using something simple, I found you can create wonders.” Seating by George Nelson and Konstantin Grcic, as well as custommade tables by Ho, round out the airy space’s pleasing, stripped-down aesthetic.–S.B.

Since its founding in 2003, New York fashion label Salvor Projects has become known for its locally made scarves and T-shirts with abstracted screen prints and geometric patterns. For the company’s recently opened flagship location, collaborators Ross Menuez and designer Nick Dine transformed the brand’s signature graphics into a 600-square-foot showroom and gallery. The dark space’s surfaces (waxed black MDF and, for the floor, chevronpatterned black Marmoleum) torque to create a freestanding cashier area that’s equal parts caveman and Q*bert. “Honesty in materiality and the inherent stripped-down vibe of the MDF enhances our design ethos,” says Dine. “Treating a plain material in an ultra-elegant way is what we do best.”–mimi zeiger 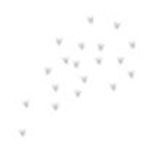