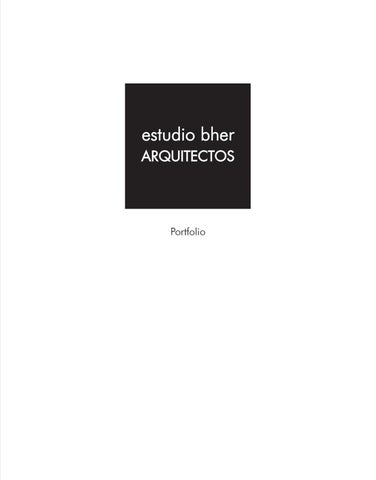 REHABILITATION AND REMOVAL OF ARCHITECTURAL BARRIERS of 10 residential blocks in

the neighborhood of Jove in Gijón, Spain.

With Jorge Alonso and Madoka Ortega.

WELCOME PAVILION, CHANGING ROOMS AND MULTIPURPOSE ROOM of the

International Ideas Competition: RENOVATION OF THE PALACE OF THE DUKE OF

REHABILITATION AND REMOVAL OF ARCHITECTURAL BARRIERS of the neighborhood.

by treating its public open spaces.

URBAN INTEGRATION OF THE PEDESTRIAN ACCESSES TO THE UNDERGROUND

Previous state of the neighbourhood

One of the entrances before the rehabilitation works

The rehabilitation of the ten blocks built in the 1960s happens after grants for degraded residential blocks promoted by the City Hall of Gijón. The project responds to the image of unity, and its based on functionality, constructive and economic rationality, and optimization of habitability conditions. The result is the elimination of all building pathologies, and the increase of the indoor comfort by isolating external walls and windows.

One of the rehabilateted buildings

The new staircases and elevators are inserted in a complex context in social and construction terms. The existing facades are canvas and support for these new portals, evoking in their composition the neighborhood’s historical relationship with the sea.

Close views of the South and North facades

Inside pictures of the new staircases made with precast concret slabs

Besides the economy, the speed and ease of the construction works is decisive to the design decisions. People must keep on living in their flats during the whole process, and therefore the assembly has to be streamlined and as automated as possible. Prefabrication is the key option. The new structure is executed with steel profiles, mostly pre-assembled in the workshop. And the steps and floors are made with precast concrete slabs to which a surface treatment of epoxy resin is applied.

General views of the rehabilitated buildings

The new building hosting the reception, changing rooms and multipurpose classroom is part of a broader intervention that transforms a degraded wooded plot of 7 hectares into an educational and adventure park space in the heart of the Asturian nature. The building is conceived as an element that should â&amp;#x20AC;&amp;#x153;imitateâ&amp;#x20AC;? the environment, camouflage itself, be discreet, and that above all must not damage the nature. With ecological sustainability as a key principle, the modular building, developed at a one single level, allows the full prefabrication of its components at the workshop, and at the same time its removal if it is wished in the future. Main materials are wood, steel and nature itself, which becomes the external image of the building: a green roof has been used, and the finishings proposed for the facades are steel drawers filled with natural materials recycled from the forest.

View from the roof: The building integrates in Nature

The building shape adjust itself to the limits of the existing vegetation. Its morphology and its modular design enable potential expansions through a system of colonization, without losing its ability to integrate and adapt to the environment.

Staircase details: around the oak tree Foyer and reception area

The final design of the house emerges after a careful analysis of the place. The sloping plot of 1000 m² is accessed by a road in its northern boundary, and it counts with exceptional views of the “Universidad Laboral” towards the southwest. The project is the result of all these factors, in addition to the briefing established by the promoters: a married couple with a son and a daughter, both of them university students.

The house, which is buried in relation with the street level, is conceived as a long, opaque and discreet wall towards the north. This wall embraces and protects the garden, located to the south, and gives privacy and comfort against the wind. The strategic turn of the two arms designed around the staircase creates a great intermediate porch, visually integrated with the interior spaces and thought as the heart of the house.

There are two main conditions determinant for the project of “El Pigazu”: first of all, the house will be used by a disabled person; secondly, the plot is affected by rural standards and regulations, which absolutely influences the aesthetics of the building in terms of materials and composition.

View of the West facade

The simple functional program is organized in a single level and perimetrally around the wet areas. The facades are perforated according to their solar orientation, so that the north and east remain more opaque, and all the opposite happens with the search of the sun towards the south and west. Heating and hot water are produced by geothermal energy. The result is a house with optimum thermal and lighting comfort.

Main entrance to the house

2005-07 HOUSE “H” Single Family House Urb. Valmoral - Burgos - Castilla y León - Spain The promoters of the house have a plot of 700 m² in a village located 10 km away from the city, and want to build a second home for family entertainment, especially for the summer months. They want the garden to stay as large as possible. The briefing consists of a ground floor for the diary use by the couple, a wine-cellar and dining room in the basement, and bedrooms upstairs for their three children. The regulations determine that the external materials must be stone for the facade and red tile for the roof. The house remains as tight as possible to the entrance of the estate, north facing, providing great privacy to the garden -south-, toward which the main rooms look. Ground floor plan and West elevation

View of the living room and staircase after renovation, Bendiciรณn, Spain.

2012-14 SEVERAL HOUSE RENOVATIONS Projects, 3D Visualizations and Site Management Various locations Comprehensive renovations developed by Estudio Bher are a response to the contemporary relationship needs of their inhabitants. Due to our commitment with the respect of the existing, we develop an intense analyse of the most important issues, which turn to be at the same time the boundaries and differences between designing a new building and restoring and old one: structure, services and, above all, windows possibilities. The goal: to ensure that the reorganization of the spaces is the best for the people. The main tool used: light. The result are spacious houses, where old and new coexist without friction.

View of the living room and terrace after renovation, Bendiciรณn, Spain.

Sketch, 3d visualization and view of the kitchen and winter garden

Sketch and 3d visualization of the kitchen, living room and winter garden

2015 “LACALLEJA” FINALIST - 5th PRIZE Espacio Mahou - La Latina - Madrid - Spain The “Palacio de los Duques del Infantado” is currently a subdivided, dark place, with no oxygen. It is the result of successive interventions which, ignoring the past, have overlapped superficial layers to the existing while blurring its true order. Our proposal seeks the basis, the original. Within a limited framework of heritage protection, we release the building from its additions, reinterpreting those intemporal pieces that still today exercise their “firmitas”, so that the “Espacio Mahou” becomes a reflection of the Culture and History of Madrid. Against strident, powerful and grandiose ideas or thematic ornaments, and always with the commercial character of the building in mind, we opt for a fragmented, measured and accurate intervention, in which the different spaces are designed in a precise and individual way, but following a single criterion, obtaining a whole as a result. The new spaces adapt to their new functions, and the consequence is a chain of contemporary, clean and continuous rooms, where public and staff move fluently.

A large vertical void in the center of the building organizes the circulations around itself in a clear way; new visual relations and perspectives of the levels of the building are opened through it. The visitor explores the place without a set route, and only leaded by the different spotlights. Besides simplifying the vertical communications and providing universal accessibility, the new staircase connects the rest of the building with the original stairway, restoring it loss importance.

Section across the central atrium

The Palace is under a great heritage protection. We choose to restore the faĂ§ades to their original state (the one previous to the artificial and ornamental brickwork).

Over the grey canvas the company name becomes visible through simple but no obvious actions and new elements that perfectly integrates in the whole: the â&amp;#x20AC;&amp;#x153;red Mahouâ&amp;#x20AC;? window, the new bars with the shape of the trademark, and the smart brass signs.

2014 “OJOS COLOR VERDE” Rehabilitation and removal of architectural barriers District of Posrtuarios - Gijón - Asturias - Spain “Ojos color verde” is our technical response to improve, as far as the architecture finds its limits, the living conditions of the inhabitants of the district of Portuarios. Attending to the complexity of rehabilitation, the project is committed with the efficient building techniques in terms of construction, functionality and economy. The proposal is an intervention that not only solves the existing pathologies and strongly reduces the energy demand, but also gives the whole a contemporary, unique and friendly image, in which the volumes needed to remove architectural barriers do not harm aesthetically or nullify the existing, fitting themselves to it without creating divisions between “the old and the new”.

Current state of the district of Portuarios

Against the attachment of large volumes that void and ridicule the small scale of the buildings, we propose light and open stairs, which respect and promote permeability through the elements. The one single solution for the whole intervention, based on prefabrication, is feasible both technically and economically.

3d visualization of the proposal

3d visualization of one of the staircases after rehabilitation

1st ACCESIT Urban regeneration of Cimavilla - Gijón - Spain Cimavilla, this neighborhood of narrow streets and labyrinthine hills, full of places to shelter. That gijonés center survives the neglect of urban design, and saves himself: the potential of its colorful houses conceals the harshness of the streets and the feeling of gray. The project involves the creation of “epicenters” of life, that organizes the spaces, their promenades and their scales. These epicenters are materialized with green flowerbeds, trees, places to sit, relax, chat with the neighbor, playgrounds full with children who give joy, laughter sound.

Night view of the proposal

And these epicenters extend themselves through “lifelines”, that embody the sense of unity that characterizes the neighborhood, walking through it and running one into each other. The green line crosses the pavement, breaking the visual line of the streets, and attracting and leading the pedestrian.

3d visualization of one of the proposed shelters

The white blocks before the intervention

The problem to be solved was the scar left by the construction of a car park next to Isabel the Catholic Park, one of the major green spaces in the city of Gijon. Three white and out of proportion blocks occupied a wasted sidewalk with a strong border character. The proposal dissolves the impact of the limit line by building three new shelters that, as a forest mass, conquer this wasted sidewalk and expand the park towards the road, wrapping and dissimulating the white blocks. These new elements are a place for the enjoyment of walkers and those who simply pass by, transforming what seemed to be a nuisance into places for local coexistence and social encounter.

Plan of the proposal

2012 “TANGRAM” HONORABLE MENTION Terraces at Conde de Guadalhorce - Avilés - Spain By using two basic strategies -the mast and the briefing defragmentation-, the proposal colonizes the public space and becomes an active part of it. The promemade by the sea stops being a two-way street, and starts offering the visitors a world of endless perspectives, in which the dissolution of the border between inside and outside, between indoor and outdoor, gives the freedom of choice. 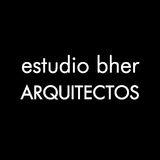