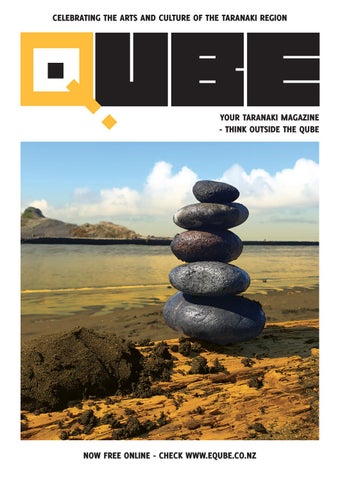 CELEBRATING THE ARTS AND CULTURE OF THE TARANAKI REGION

YOUR TARANAKI MAGAZINE - THINK OUTSIDE THE QUBE

WHO ARE WE? Debra and eRiQ Quaadgras lived and worked in Tauranga but felt the city had become too big for them and they needed a fresh start. “We’d reached a time of life when we were free to go anywhere, Tauranga had become so busy, the trafﬁc was faster, shopping more crowded and we just needed a change,” said Debra. The couple had looked at towns and cities all over the country, but it was Debra who had spent quite a bit of time on the internet, reading about smaller towns,

who ﬁrst thought about Hāwera. “We looked at Taupo, Gisborne, up north and New Plymouth, but when we stopped here in 2018, we looked at each other and eRiQ said ‘We don’t even need to go to New Plymouth’. We both knew immediately Hāwera was the place for us”. It doesn’t take much time talking to these new Hāwerians to learn Tauranga’s loss is South Taranaki’s gain.

KEEPING AN EYE ON CREATIVITY...

Debra edits their magazine, while eRiQ is a writer/illustrator and photographer; distributing his books online. They have recently published eRiQ’s first novel plus several photo books, including a beautiful album of shots taken at the 2019 ‘Egmont A&amp;P Show’. Both Debra and eRiQ work from home, so it was important to have ultrafastbroadband, a home with enough space and a place to garden. They found and purchased “their place” complete with

mountain views, birdlife and a garden; a recently renovated home in close proximity to the park, town and beach. eRiQ said “It’s only an hour either way to New Plymouth or Whanganui, but Hāwera has everything we need. There is always something on, there’s a good cinema, the most beautiful park, walkways, all the services and shops necessary, friendly people - why go out of town for anything?” eRiQ estimates he has moved 35 times in his life - so he knows what he likes.

“The history of this area is intense, I’m proud to live in a place that’s comfortable with its culture and its story. There’s a great diversity here, the community is what makes this place so good”. Ella Borrows, Poutakawaenga Whakawhanake Hapori Community Development Advisor, South Taranaki District Council.

The fairy poet takes a sheet Of moonbeam, silver white; His ink is dew from daisies sweet, His pen a point of light.

ROAD WORKS What is art? Wikipedia states: “Art is a diverse range of human activities in creating visual, auditory or performing artifacts, expressing the author’s imaginative, conceptual ideas, or technical skill, intended to be appreciated for their beauty or emotional power.”

QUBE’s desire is to showcase the visual elements that make this area so unique and profile the many talented artists in our region; writers, poets, painters, photographers, musicians (to name just a few). Next time you take a trip down one of the many beautiful Taranaki roads, take a moment to stop and witness the beauty of a simple puddle. See what reflection it offers on a clear blue sky day.

Or take a break from driving and park your car, appreciating the road from a different point of view. Always remember; the journey is just as important as the destination. Never let roadworks stress you out either; see it as an opportunity to take some interesting photos. Step outside your car and appreciate things that you alone can see, when you take the time to ‘live in the now’.

Make the road work for you.

Textures seem to talk to me... Or when it’s a tree, the bark!

One of the things I enjoy taking photos of when I am out and about is ‘Textures’. As a graphic designer, these images come in handy when in need of a background or even as an interesting texture for a headline of an article.

Certain backgrounds work better than others, but when printed out they can be very affective. Some of my textures have even been used for packaging, posters and in the background of powerpoint presentations. It’s always handy to have a portfolio of different examples. Ranging from water drops, to sand on the beach, rock formations or trees.

Textures are also great for people who do any form of scrapbooking.

One of my favourites is a good rusty background. Whenever I see a nice surface, I just have to get my camera out or even

sometimes my phone. You can easily build up a good library of textures from snapping images while out and about, or even in your own home. Do you have an old wooden table? A fence or deck that never did get painted. Even the grass when it has just been mowed. Click-click-click See what kinda fun you could have creating a collage or just framing it as a piece of art! &lt;&lt;&lt;

TAIN If you can see the mountain, you are either very lucky or it is just a very nice day. Throughout the year Taranaki Maunga changes depending on the amount of snow visible on its peak. Many photos have been taken over the years and it has been an inspiration for artists and writers.

The 2518 -metre-high mountain is considered one of the most symmetrical volcano cones in the world.

When he made romantic advances towards a beautiful mountain named Pihanga, Tongariro erupted in jealousy.

According to Maori legend, Taranaki once lived with the other volcanoes of the North Islandâ&amp;#x20AC;&amp;#x2122;s Central Plateau - Tongariro, Ruapehu and Ngauruhoe.

Banished to the west, Taranaki was maddened with grief. When his peak is shrouded in mist and rain, he is said to be weeping for his lost love.

Arts in the Park is one of Hāwera’s most anticipated events in King Edward Park in December.

With plenty of different art and craft stalls, with people having travelled from far and wide, visitors can get their holiday shopping well underway. The kids zone was filled with activities for the children to do including face painting, bouncy castle, pony rides, and children’s games.

Every year people enjoy the relaxed ambience of picturesque King Edward Park, while enjoying the wide variety of arts and crafts and entertainment.

NOVEMBER 2019 A PHOTOGRAPHIC IMPRESSION OF THE EGMONT A&amp;P SHOW IN HĀWERA

The See Me Tree

ELECTRICITREE Branches reaching out into the sky Shooting up... Charging like wooden soldiers going into battle Electricity in the air The fight for space is there. The timber army taking charge static until the wind moves them all. The leaves will have left the battle field before the winter strikes. Piece by piece parts tumble to the ground the fallen soldiers of Fall.

A POETIC PHOTOGRAPHIC IMPRESSION OF NEW ZEALAND TREES by eRiQ.

2019 Taranaki The Friends of Hāwera Parks organised another great week of events in King Edward Park, Hāwera, as part of the ‘Taranaki Garden Festival’ in November 2019. A marquee had been erected on the tennis courts in the park and was filled with beautiful floral and gardening displays.

Garden Festival The theme was ‘views into a garden’, and there was an amazing response from floral art groups and local florists. There were also talks and demonstrations and entertainment throughout the week; like singer and diva Celine Filbee and Hāwera High School music students who provided some nice lunchtime entertainment.

Do you love photography? Send us your best image and it could be chosen for the next issue of QUBE!

A photographic impression of Americarna in HÄ wera, 2019.

“I see art in everything. Your shoes. That car. This coffee cup. It’s art if you see it as art.” - Andy Warhol

South Taranaki librarian Cath Sheard has always been interested in art and, purely by chance, discovered ‘The Learning Connexion’ in 2005; four years later she graduated with an Advanced Diploma in Art &amp; Creativity (Honours). In those four years she studied painting, drawing, sculpture and photography, and has gone on to exhibit and sell work worldwide. In 2010 Cath was one of around a dozen New Zealand artists who travelled to Cassino, Italy, to take part in the Legato exhibition which featured 37 artists in total. Those works commemorated four men who had served in WWII, including her father Mansel Barker. The works were later exhibited in New Zealand before all going to private owners.

Some examples of Cath’s amazing art.

Cath says her work “often brings light to, and sheds light, on” difficult subjects, creating a space to talk about subjects such as addiction, sexual abuse and domestic violence. A joint exhibition in 2018 with Eltham artist Dimmie Danielewski told the stories of 7 people through mixed media, and created many conversations. A 2019 exhibition at the Lysaght Watt Gallery in Hawera focussed on mixed media works of the Hokitika Gorge, which she says were “a response to, not a representation of”

the stunning glacial waters. A new series of works, in black and white, are a response to the pancake rocks at Punakaiki, again on the West Coast of the South Island. Aside from painting, Cath works in her art journals most days – seeing them as a playground and somewhere to “download her head”, enjoys the challenges of gelli plate printing and teaches a variety of art classes.

Her work can be found at cathsheard.wordpress.com.

CELEBRATING THE ARTS AND CULTURE OF THE TARANAKI REGION

eQube are publishers of QUBE magazine â&amp;#x20AC;&amp;#x201C; promoting the arts and culture of Taranaki. There will be a particular focus on South Taranaki and its vast range of skilled artists, profiling their creative strengths and scope of subject and media they use. If you are a painter, poet, photogapher or passionate about creating art with plants, check out our website on how to send us your work.

Every year, a colourful explosion of knitting and crochet hits Opunakeâ&amp;#x20AC;&amp;#x2122;s main street from late October through to early November.

The magical creatures The magnoliasâ&amp;#x20AC;&amp;#x2122; aroma had awoken the magical creatures. The smell of mashed up bananas and vanilla ice cream left them rather hungry. They knew not of the outside world. As their gates were rather high and their stone walls had jagged edges, restraining them from leaving. They awoke only once a year and slept through the rest. Through storms and snow, they were never harmed. The thick dark green ivy wrapped tightly around the walls. They would use this to shelter themselves from any treacherous weather, through the months that they slept. Old folk law said they came from big old wooden ships from China. As a good luck charm to keep King Edward Park safe and happy. And to always keep the gardens full of blossom! JUSTINE J. OLCKERS

Published by eQuBe Available on Amazon (print and eBook)

eRiQ’s first novel focuses on the people of Kõwhatu, a small rural town in Taranaki, who wake up to a terrible tragedy in their community. When they have recovered from the initial shock, they soon realise there is more to it. A local journalist and one of the new police officers find themselves working together in order to find out what’s really going on in the cul-de-sacs. Visit www.eriq.co.nz or Instagram: eriq_quaadgras

Published by eQuBe Available on Amazon (print and eBook)

A young woman’s life is turned upside down as she stumbles across a mystery involving sketchy government agencies, friends with questionable motives, and even members of her family. Apart from the fact that she can no longer trust anyone, there still are a handful of those who want nothing more than to keep her safe, even though some of them aren’t human at all. She finds out hidden truths of who her family really were and why she hadn’t met her father before. With special forces involved and strange alien-like creatures from Titan; this book is sure to keep your suspense levels on a high. Visit www.jjolckers.wordpress.com or Instagram: justineolckers

“Nature is painting for us, day after day, pictures of infinite beauty, if only we have the eyes to see them.” – John Ruskin 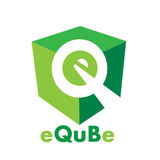 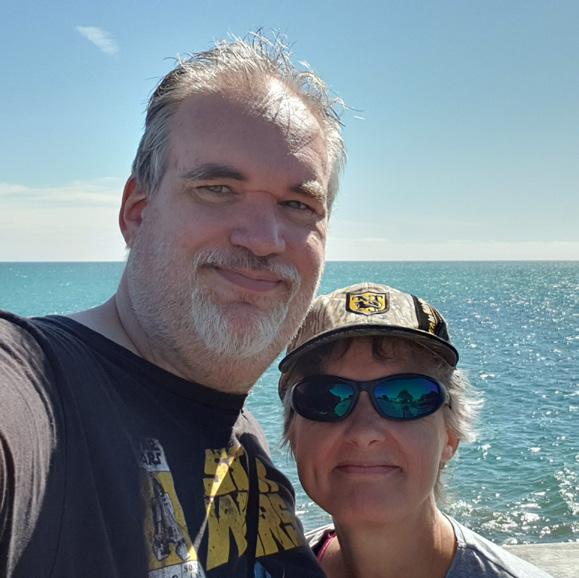 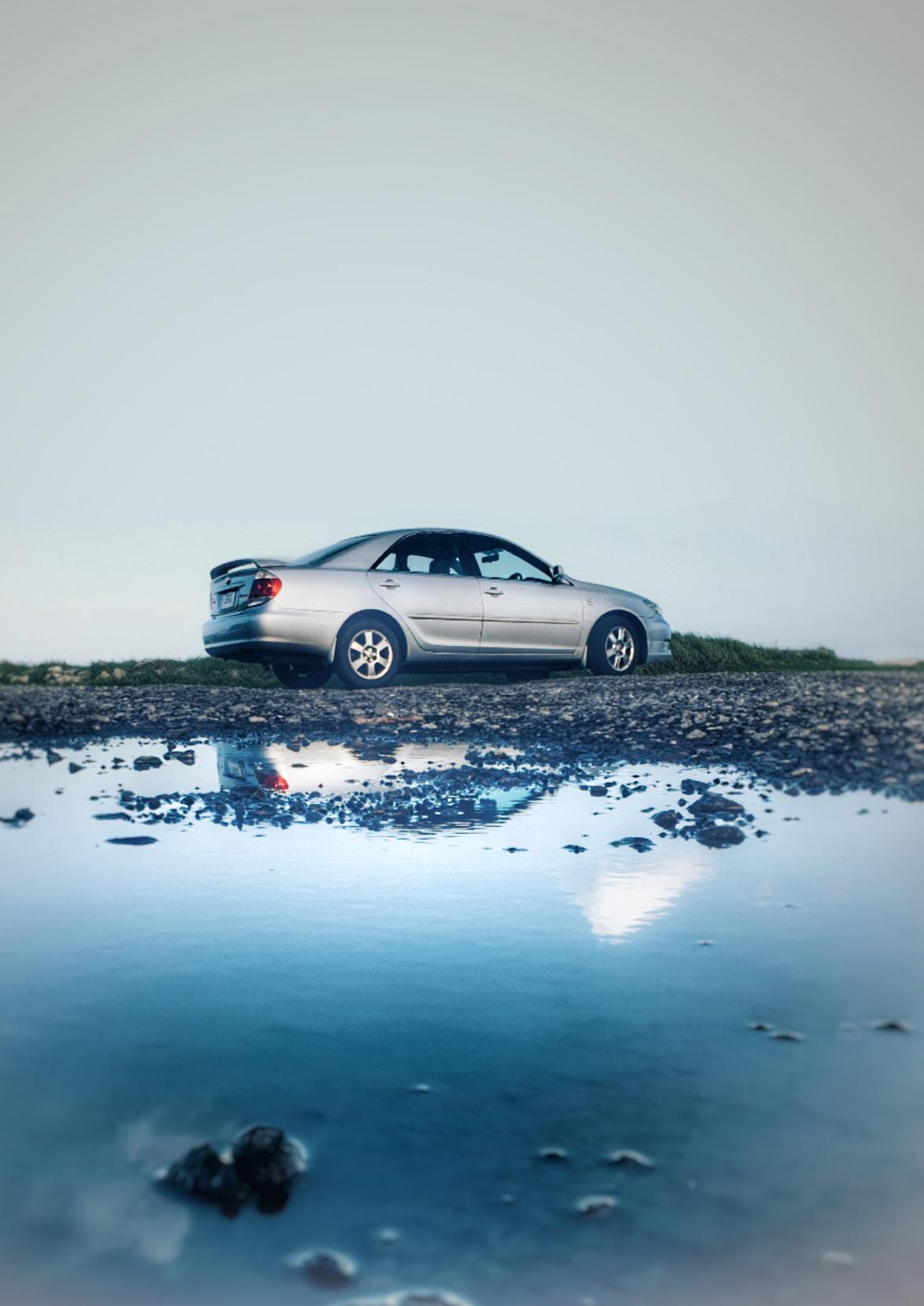 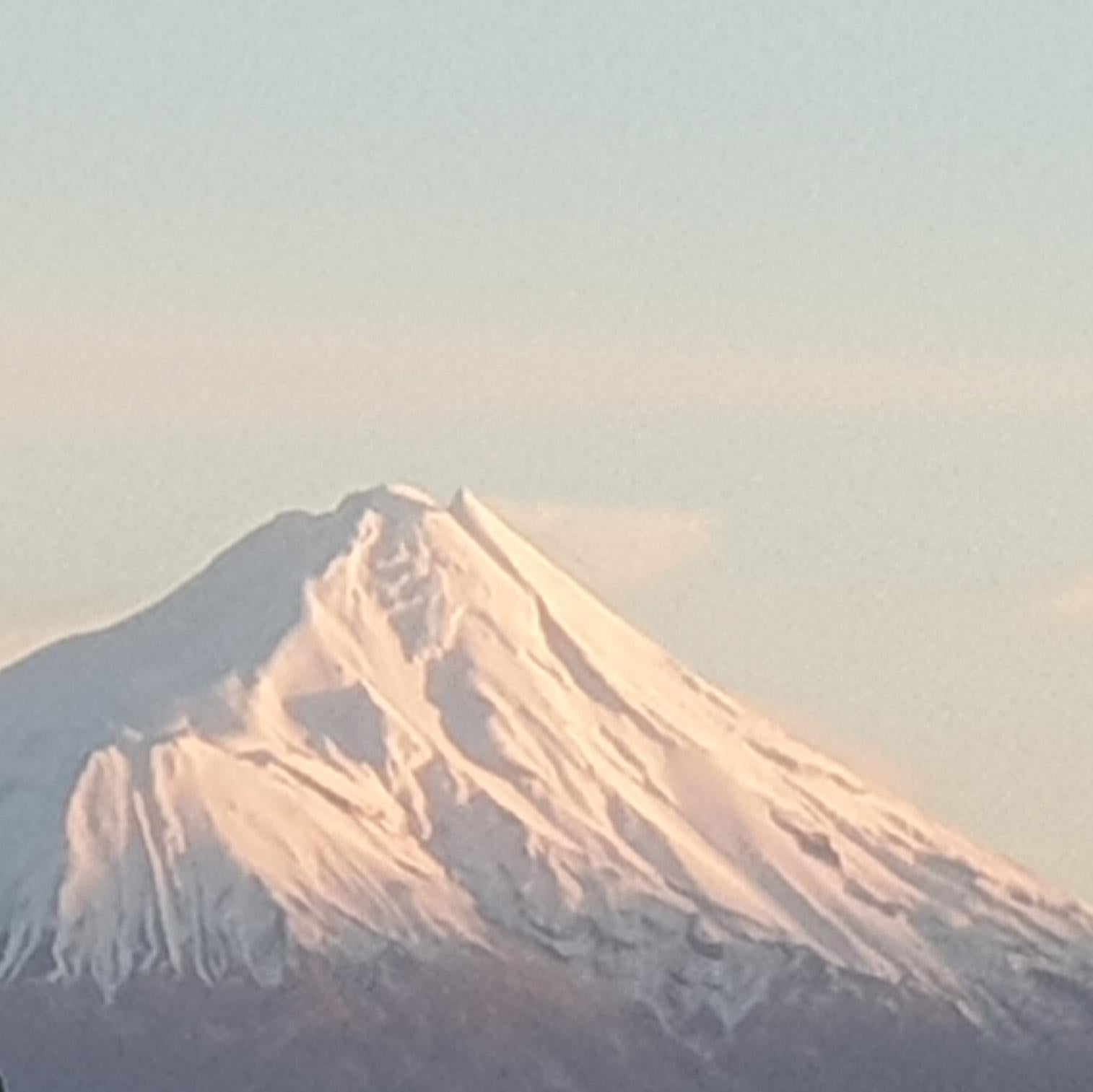 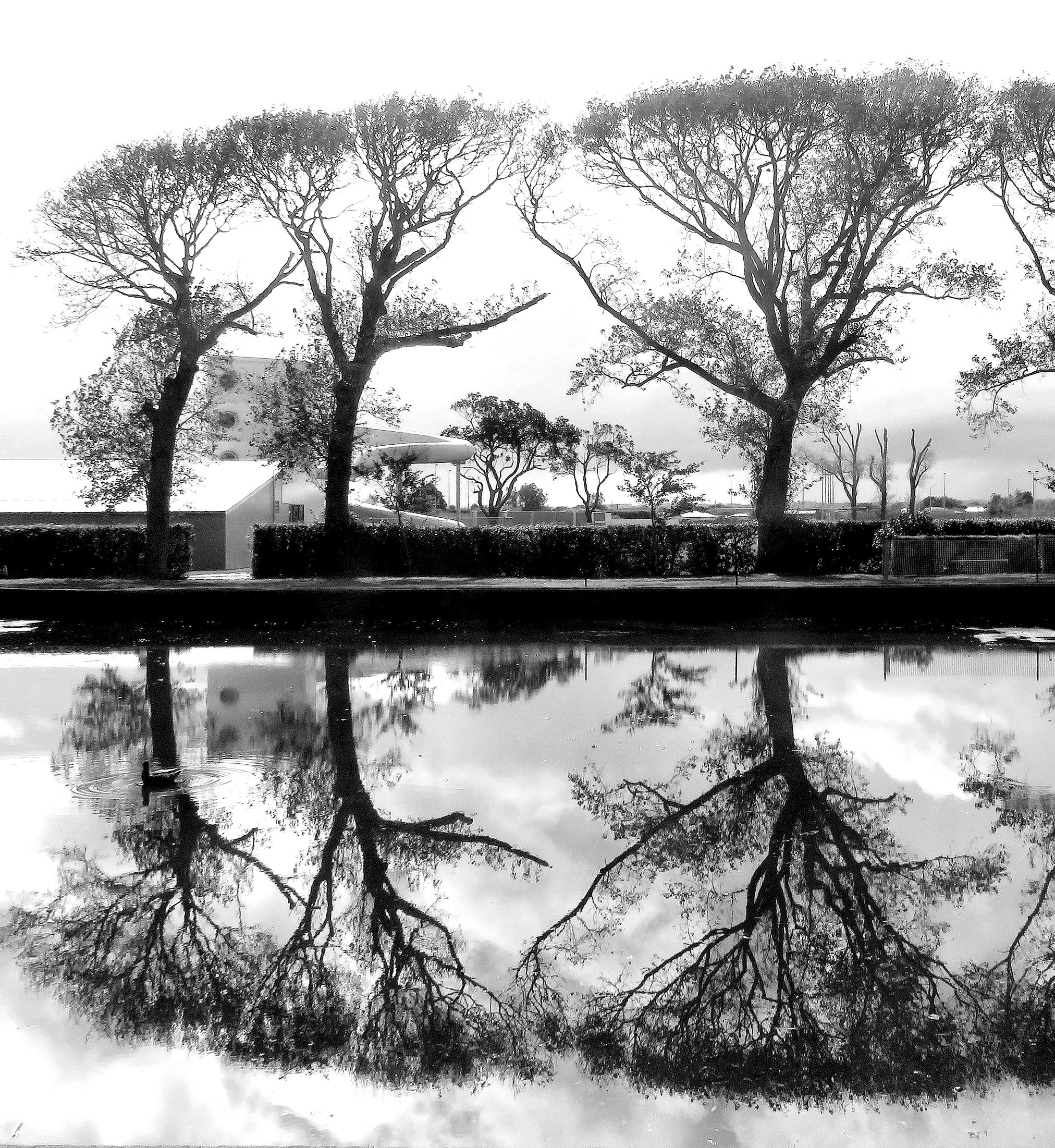 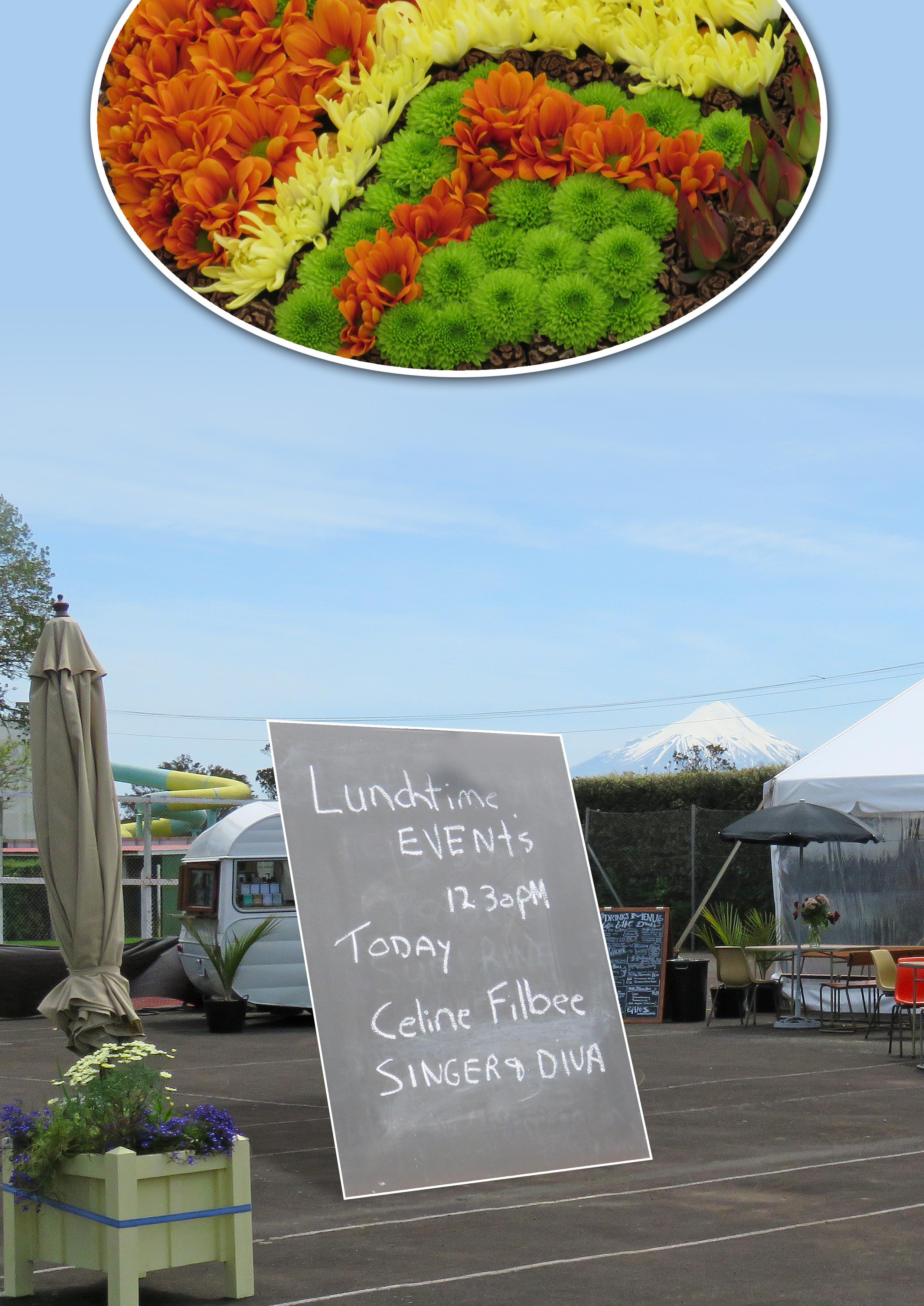 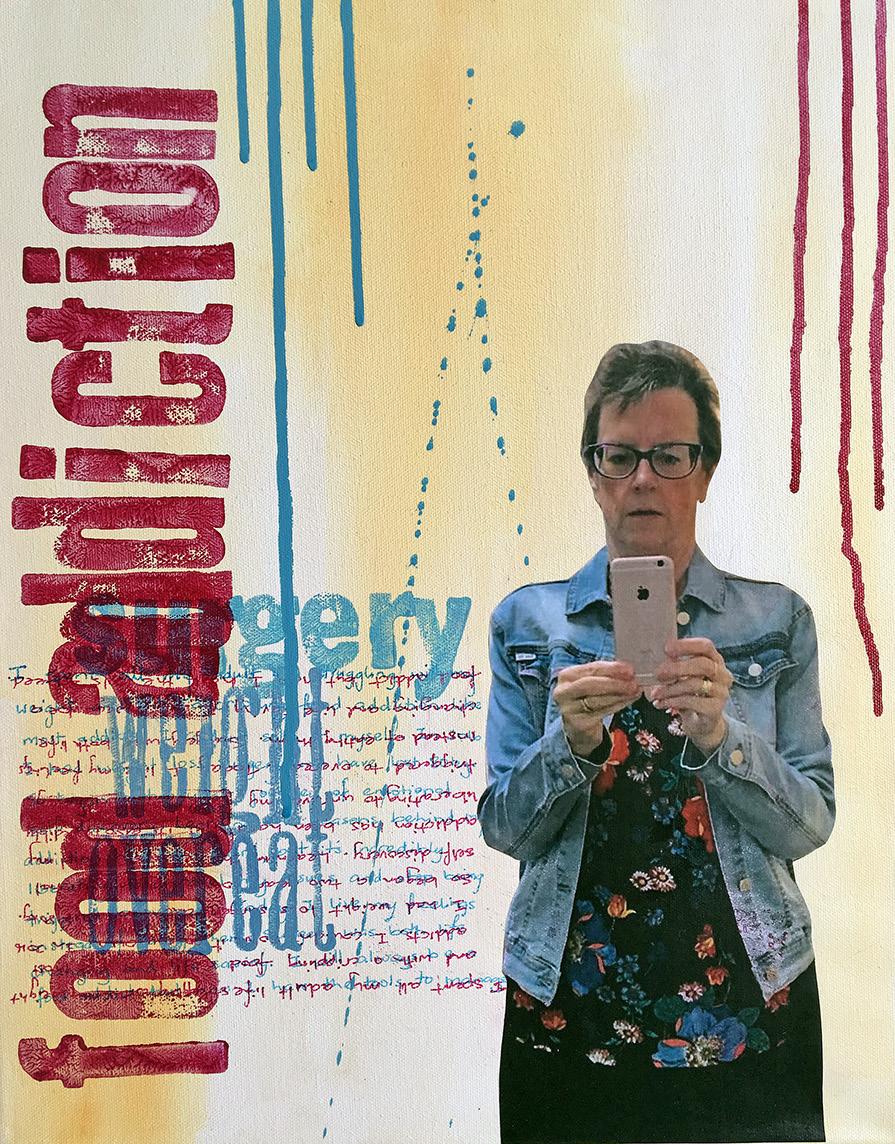 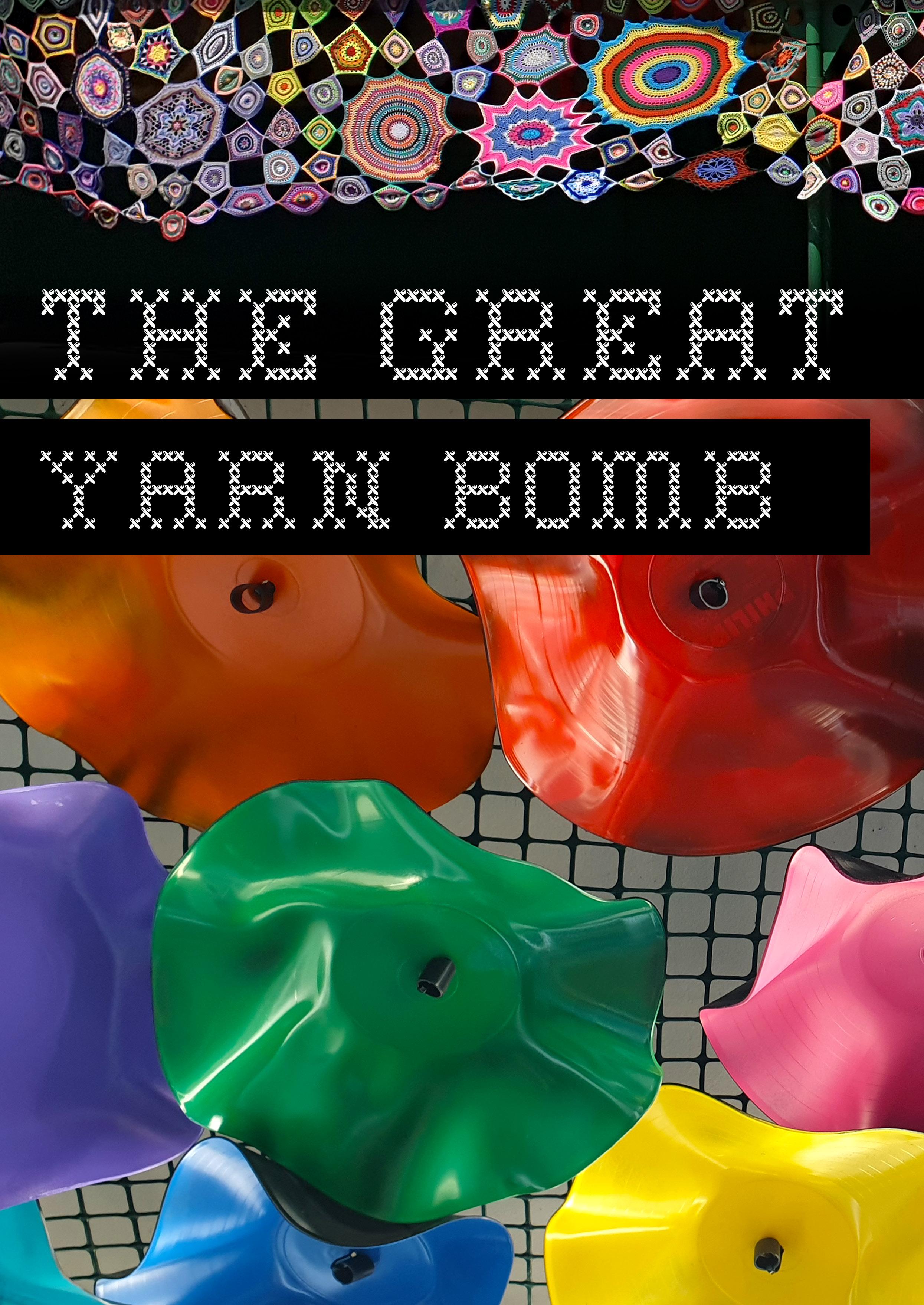 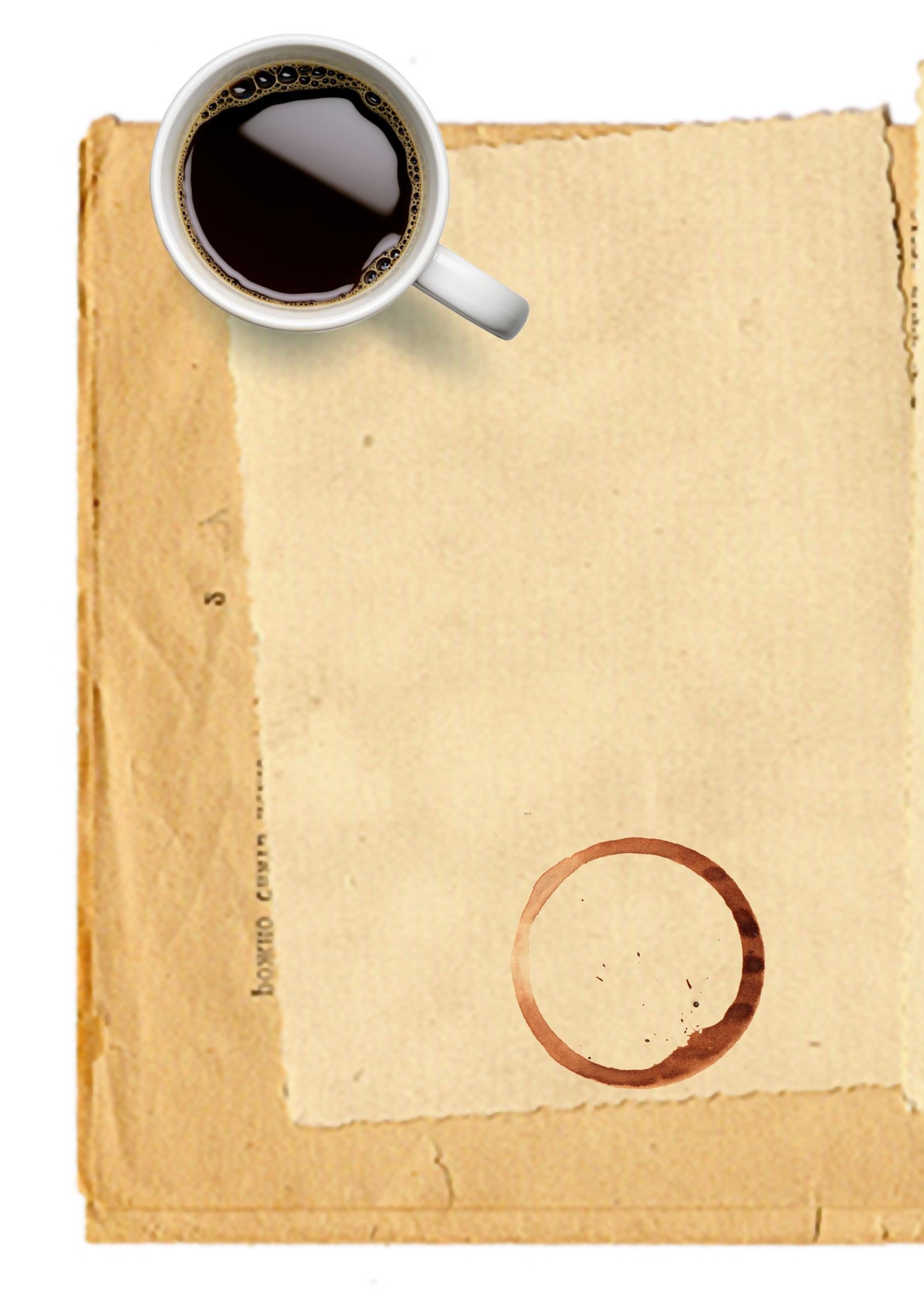