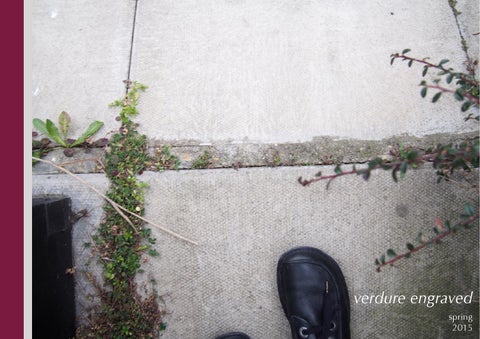 I’m entirely drenched In gold and blood But it’s been covered up By my writhing in the mud I washed it off By swimming in the eels It can make you sing I’ll let you know how it feels Does that mean anything to you?

Up here in my tree

You, Pleasure might mistake Me for the Paradise, Me for the snake But I was never evil Swimming in eels I’m only fallible Opening seven seals Should I? I’ve been growing pale The sun burdens my head I’m holding on to what? Becoming one with the dead What keeps me alive Is swimming with the eels It made me sing Opening the seven seals Shouldn’t I? I would like to sell My silence to you It pains me the most I trust you’ll follow through “Come lady join me in “Swimming in eels “It can make you laugh “Tell me how it feels” Should I?

“Do not be afraid “For I am the snake “I have come to you “The snake from the lake “Come in little girls “Swimming in my eels “It can make you laugh “Do tell me how it feels” Shouldn’t I? What is this Uncivilised noise?

The snake his eyes Six, burnt like a flame Very misleading I am not to blame Holding on to faith by Swimming in the eels Come rebel with me We’ll remove our seals

The snake was white With a sword for a tongue

Are yours Tying me in eels It can make you cry Iâ&amp;#x20AC;&amp;#x2122;ll let you know how it fucking feels That should mean something to you.

Thoughts on the collages on my website Chance Encounters Thank you for requesting these small, untitled, exploratory images for inclusion in Verdure Engraved, which has prompted me to think about why I produced them and how they might fit into the flow of my practice. To date their significance has eluded me; I know I like them, but I am not sure why. Perhaps it&#39;s because they are still in the process of &#39;coming into being&#39;. I am not clear about my agency in their production other than that of garnering, assembling, editing and ordering. They somehow defy classification within my taxonomy of self-manufactured artefacts – there&#39;s an independence of spirit which I&#39;m unable to pin down – visceral innuendos, floating body parts … As I work in my studio, things get cleared aside, dropped, piled up, lost and forgotten; spillages, stains, accidents occur, byproducts of purposeful action; the mess left during the process of creating something of greater significance. There are, however, definite possibilities inherent in these abject remains. Out of the corner of my eye I notice an interesting juxtaposition of line, stain and torn part-image, and once these are conjoined there is a suggestion of something other. Something more? Edges become points of departure, the place where action happens, boundaries are blurred and borders crossed between glued-down fragments of mass-produced imagery and the application of a fluid mass of ink and water or a containing pencil line. I cut, tear, mark, layer and stroke the surface; shapes are formed from disparate elements, associations conjured, movement evoked, magic made. Each assemblage of marks and materials is an almost unconscious process – repairing, augmenting and reworking the fragments, creating new spaces; a solitary game of Exquisite Corpse.

the eagerly awaited document of the first series of mineral explorations, capturing the sounds of the dolomites dissolves and snail shells in flux.

recordings of wood in various states (standing, burning, resting, turning to charcoal) accompanied by a book of JrF’s brooding photographs of woods and forests at night.

‘again, French turns our ears towards captivating worlds of sound’ ‘when he gets it right, which he very often does, French has an uncanny knack of producing work that grabs us firmly by the ear and the mind…stunning images that trigger the imagination as much as the intimate sound worlds presented here’’ £8 (uk)

‘a release of the natural sounds of trees in various states that allows you to re-tune your ears. Worth a purchase for the long bonfire track on its own. Remarkable. The images show another fascinating side to French’s visual work’ £8 (uk)

images drawn from explorations of desire lines in east yorkshire, 2015

‘these pieces seem to me to be about rethinking the photograph. The subject matter is extracted from environments playfully and re-shaped, allowing us to look again at that which we tend to pass by’ £6 (uk)

‘mapping these chosen tracks with wool, discs of plastic, wood and mirror, and indeed with her journeys along them, what we are presented with is an insight into an emerging artist with a keen sense of place, and its power to inspire us’ £6 (uk)

all four are available now. to order please visit: engravedglass.blogspot.co.uk

to submit or suggest material, to be added to the email list for future issue or for any comments, please contact by emailing: tempjez@hotmail.com * published by engraved glass / jrf * all content is p&amp;c by the artists involved * 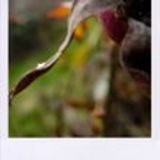