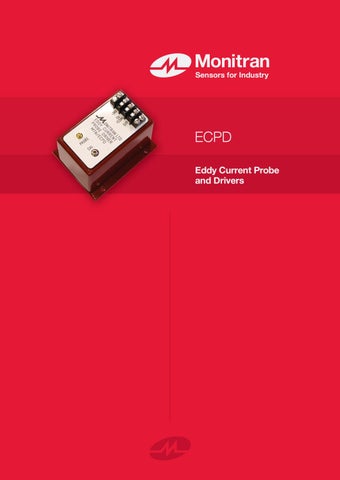 Our products include general and special purpose accelerometers, velocity sensors, eddy current probes and LVDTs. They are used in a diverse range of applications including industrial processing, power stations, water treatment, wind turbines, mining and the oil and gas industry. As an OEM we can also provide a full custom design and development service.

We manufacture in the United Kingdom and source the majority of our materials and components from selected quality-managed local and national suppliers. This enables us to respond quickly to orders both for standard products and for custom-built solutions.

Proximity sensors work on the eddy current principle. A proximity system consists of an eddy current probe, extension cable and driver. A high-frequency RF signal is generated by the driver, sent through the extension and probe cables and radiated from the probe tip. The tip consists of a precision wound copper coil inside a chemical and temperature resistant PEEK case.

We believe that customer service is of paramount importance. For this reason our experienced engineers are always on hand to offer advice and assistance in the selection of sensors and solutions to best suit your application.

The tip is either mounted on a threaded stainless steel rod allowing easy gap adjustment on a bracket via two locking nuts or a flat, low profile mount. The driver demodulates the signal, amplifies and linearises it to provide an output proportional to the probe to target gap and/or vibration of the target. External overview The Eddy Current Probe consists of a precision-wound copper coil inside a chemical- and temperature-resistant PEEK tip. This is mounted on a threaded stainless steel rod for easy gap adjustment or a flat, low-profile mount. It is supplied with 1m of integral overbraided coaxial cable. Operates up to 180Ë&#x161;C. Operating gap depends on the tip diameter. Current output drivers give a 4-20mA output directly proportional to the measured component and allow direct connection to PLCs and other industrial controllers.

· AC output for profiling behaviour of

An eddy current probe arrangement consists of an accurately calibrated set of components comprising; probe, driver and extension cable. Changing any of the components will nullify the calibration. If any element needs replacing the whole set must be returned for recalibration.

· Resistant to contamination from oil, dirt, dust and water

ECPD Eddy Current Probes and Drivers Technical Specifications Eddy current probes consist of a precisionwound copper coil inside a chemical and temperature resistant PEEK tip, and our drivers output either voltage or current (in the 4-20mA range). The MTN/EP080 (probe) and MTN/ ECPD (driver) below are a common pairing, and are suitable for use in most industries. Applications include pump monitors, turbines, DC gap machine tools and gauges. Cable length between probe and driver can be up to 9 metres. Sensitivity: 8mV/μm (nominal) Range: 0 to 2mm Linearity: 1% normal Operating temperature: -30 to 180°C Diameter: 6mm Length: 36mm Thread: M8

Cables As standard, each eddy current probe in our range will be supplied with 1 metre of integral cable; coaxial, ETFE insulation with an internal copper braid and stainless steel over braid. Extension cables (with the same characteristics) are available up to 8 metres in length.

Other probes available include:

Other drivers available include:

Its operating gap is from 0 to 5mm and its sensitivity is 3.6mV/μm (nominal). Its dimensions are 13mm (OD) by 62mm (length, incl. tip) and it has M16 thread. A derivative, the MTN/EP200F, has low-profile mount. Both are suppled with an MTN/ECPD driver as standard.

It is also a voltage output driver suitable for conventional +24V DC power supplies. It outputs 0 to 16V proportional to probe gap.

MTN/EP340 Its operating gap is from 0 to 8.5mm and its sensitivity is 2mV/μm (nominal). Its dimensions are 20.5mm (OD) and 75mm (length, incl.tip) and it has an M24 thread. A derivative, the MTN/EP340F, has low-profile mount. Both are supplied with an MTN/ECPD driver as standard.

MTN/ECPD/78 It is also a voltage output driver suitable for conventional +24V DC power supplies. It outputs 0 to 10V proportional to probe gap.

ECPD Eddy Current Probes and Drivers Typical Application Setup When monitoring the displacement of rotating shafts in pumps or turbines for example, it is important to use a reliable non-contact sensor so that changes in performance indicating future failure can be monitored.

Eddy current displacement sensors are non-contact devices capable of high-resolution measurement of the position of a conductive target. The probe consists of a thermally stable plastic tip and when connected to the driver unit it produces a high frequency oscillation that induces eddy currents in the target material.

The eddy currents induced in the target and hence the oscillation amplitude are proportional to the probe gap. (They detect the distance of the target by sensing fluctuations in the magnetic field generated by a reference coil in the tip of the probe.) The eddy current driver unit contains a high frequency oscillator that drives the probe.

Rectifying and linear circuits inside the unit convert the oscillator voltage from the probe into a DC voltage proportional to the gap. The driver unit is powered by +24V DC (or -24V) supply and gives a positive output in respect to the power supply 0V, DC voltage can be used for setting the probe to the correct distance from a given target of known material (stainless steel). 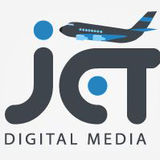