Mastering hte art of rebuttal Coach, debaters weigh in on how to argue effectively

Dragons hit the road Football reclassified as 4a, travels in new directions

The road to safety

With his backpack strapped over his shoulder and his flute case clutched in his hands, senior Gabriel Norton was preparing to cross the crosswalk adjacent to the PHS tennis courts, on his usual way home after school. He had waited for cars to clear and felt safe. Turns out, he was not as safe as he had thought. A few seconds after Norton started crossing, he was struck by a vehicle. According to the Pittsburg Police Departmentâ&amp;#x20AC;&amp;#x2122;s (PPD) accident report, the driver slammed on his brakes when the truck beside him suddenly halted. But when the driver saw Norton in the crosswalk, he could not stop in time to avoid hitting him. â&amp;#x20AC;&amp;#x153;I was in the air for a bit and then I landed on the ground,â&amp;#x20AC;? Norton said. â&amp;#x20AC;&amp;#x153;It was hard for me to move. I closed my eyes for a bit and, a little while after I opened them up, I thought I was

On Sept. 27, a parent meeting was held to explain the new math delivery system. With only 24 hours notice, over 90 parents and students attended what was supposed to be a 30 minute meeting, but turned into an hour and a half. Parents voiced concerns about the effectiveness of the new instructional method, which was set into motion by a new textbook adoption. Principal Phil Bressler and members of the math department fielded questions about the new delivery system and implementation of group learning. Over a month after the meeting, questions remain unanswered about the effectiveness of the delivery system and how studentsâ&amp;#x20AC;&amp;#x2122; progress will be monitored. During the spring of 2017, the math department considered various math materials before deciding on the College Preparatory Math (CPM) program. The teachers instituted a new class format in which students work in groups to complete daily assignments. To the students, the change seemed to be a complete overhaul of the system. â&amp;#x20AC;&amp;#x153;Obviously, any curricular change is going to have some hiccups and is going to be stressful and hard to adjust, but changing so drastically so fast in my most important year of high school is concerning because my grade is dropping,â&amp;#x20AC;? junior Carter Uttley, an algebra II student, said. According to math teacher Rhonda Willis, the change is not curricular, but is instead a new way of learning and teaching. â&amp;#x20AC;&amp;#x153;The curriculum is the same. Whatâ&amp;#x20AC;&amp;#x2122;s different now is, instead of just feeding information to

Algebra two math book that had previously been used

Basic driver saftey test Answers on bottom of page 1.) True or false, when driving, you must yeild to the right-of-way to all pedestrians True False

3.) True or false, when more than one car arrive at a 4-way stop the driver on the right goes first True False

2.) True or false, when turning right, you do not have to yeild onto oncoming vehicles going straight ahead or turning right True

4.) True or false, it is illeagle to drive on a sidewalk except to cross it (such as entering a driveway) True False

s approximately 12 percent of the student population gathers in one room, vocal music instructor Susan Laushman reflects on the growth of her program throughout the

 ## three and watch all of the â&amp;#x20AC;&amp;#x2DC;High students School Musicalâ&amp;#x20AC;&amp;#x2122; movies. I have just love stuff like that.â&amp;#x20AC;? never been mocked for partaking in both, Even though vonWinklepleck enjoys they have only received shocked expresspending time with other theatre kids, he sions due to the time commitment of both also finds time to sit down and talk foot-

Thespian society is specifically designed for theatre students. A point is a way of keeping track of how much time has been spent by a student in what is considered quality theatrical work. One point loosely represents ten hours of work. There are multiple ways to get points including technical crew, being in a show, and supporting the arts, such as being an audience member.

Were you in attendance when the award was given? â&amp;#x20AC;&amp;#x153;No, that would have been cool. They [only] provide the winner with the full experience.â&amp;#x20AC;?

What were your thoughts when you were nominated?

Tech crew works behind the scenes With four more theatre productions coming up this year, the tech crew has been working to make things flow behind the scenes. Many students do not realize the actors are not the only ones who work to make the play possible. The tech crew does jobs behind the curtain to make the shows possible such as lighting, sound, building the set and even doing hair and makeup. â&amp;#x20AC;&amp;#x153;[Most people donâ&amp;#x20AC;&amp;#x2122;t know] how much of

Members of Forensics are looking forward to...

Mikayla Kitchen, 10 â&amp;#x20AC;&amp;#x153;I am looking forward to getting to meet new people and growing, along with competitors.â&amp;#x20AC;?

Mastering the art of a strong rebuttal

Coach, debaters weigh in on how to argue effectively

Nathan Newby, 11 â&amp;#x20AC;&amp;#x153;I am looking forward to trying to apply some of the things I learned over my debate season and see how well that treats me in forensics.â&amp;#x20AC;?

Evelyn Shawn, 12 â&amp;#x20AC;&amp;#x153;The general community that surrounds forensics is one that is extremely positive and it gives the students the opportunity to work as a team to reach a common goal to benefit everyone but also allows students who prefer to work individually to do things on their own and experience individual successes.â&amp;#x20AC;? Photos by | !&quot;  # 2   3+!(

pay to fur ther their education.â&amp;#x20AC;? The high school pays for the programâ&amp;#x20AC;&amp;#x2122;s courses and college hours. These courses include: masonr y, welding, and car pentr y.

more determined person,â&amp;#x20AC;? Coltin said. â&amp;#x20AC;&amp;#x153;[This competition] will be a great lear ning experience for me and it will be awesome to see what kind of competition I will

Coltin is one of 34 students who are taking advantage of this oppor tunit y. â&amp;#x20AC;&amp;#x153;This program has done so much for me. It has made me a

As teens, commuting to and from school can be a stressful experience whether you are a dr iver, walker, biker or even passenger. Following the recent incident which occur red r ight outside our school on Four th street, a crosswalk sign with f lashing lights was installed in the 40 mph speed zone. Some may think this would br ing ease to student pedestrians, but the faint f lashing lights are hard to see in the day time for dr ivers excelling at 40-45 mph. While captur ing the picture for our front page road safet y stor y, we

were curious as to how well the f lashing lights worked. We were shocked to find out that with one at tempt to cross, five cars drove right through the crosswalk without even hesitating to stop while the lights f lashed. While this ultimately resulted in our photo, it cer tainly caused us concer n. The real solution would be to institute a school speed zone around the proximities of the school. Ever y other school in our district has a 20 mph speed zone, except for the high school. Stopping for crosswalks would be more

manageable for dr ivers at 20 mph than 40 mph. Pit tsburg High School should have a school speed zone, especially since PHS is in a residential area. After all, the speed limit on Rouse Street was lowered form 40 to 35 mph. The distr ict should be more proactive in pursuing a school speed zone and the cit y should reconsider its stance. After all, teens are still lear ning how to dr ive, so shouldnâ&amp;#x20AC;&amp;#x2122;t safet y be a priorit y?

â&amp;#x20AC;&amp;#x153;I think that with the division change, we will still be playing really good competition, and will continue to work just as hard as we do playing 5A schools. The change from 5A to 4A was necessary because we just didnâ&amp;#x20AC;&amp;#x2122;t have as many students as the other schools in 5A, so that gave them an advantage over us. I donâ&amp;#x20AC;&amp;#x2122;t think the travel difference will affect us much because we know they are business trips. We are just going to take care of our business. Six and a half hours one way will be a long drive, but I think it will be a good opportunity for team bonding.â&amp;#x20AC;?

commited and a part of the track and field progam, I hope to eventualy make it to nationals and develope to be the best runner I can be

The girls volleyball team finished their season with 28 wins and 9 losses for the season. They also placed 3rd in SEK league play. Pittsburg hosted substate, but fell in their first match against Mill Valley.

The varsity tennis team finished their season by sending their number one doubles team, Maddie Baden and Madison Vogel, to the 5A state tournament. The duo lost both of their matches, but ended their season in a tiebreaker set against their opponents from Salina South.

The varsity soccer team came out with 6 wins this year 9 losses and 2 draws. The dragons lost in the first round of the playoffs against KC Washington. 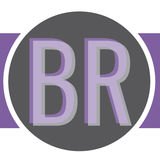