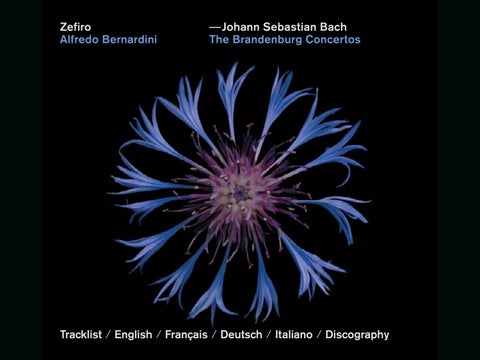 The name of this group of concertos, attributed by Bach scholar Philipp Spitta, comes from their dedication to the Margrave Christian Ludwig of Brandenburg-Schwedt, half-brother of King Friedrich I of Prussia. The original title of the autograph score of 1721 reads: “Six Concerts Avec plusieurs Instruments Dediées A Son Altesse Royalle Monseigneur Crétien Louis, Marggraf de Brandenbourg … par Son tres-humble et tres obeissant serviteur Jean Sebastien Bach”. The use of the French language was common at the German courts, reflecting the influence that the court of Versailles held over the other courts of Europe in matters of art and culture. The six Brandenburg Concertos by Johann Sebastian Bach are some of the most celebrated and frequently performed works in concerts and at festivals. And yet, this cycle presents numerous characteristics that are unusual when compared to the Italian models of recent invention. Indeed, Bach did not hesitate to incorporate among the more brilliant or cantabile movements typical of the concerto grosso or the Italian solo concerto certain elements characteristic of other styles. Examples include: the typically French Menuet of the Concerto No. 1 (the only one in four movements); two equally French gigues which conclude the Concertos Nos. 5 and 6; and a Poloinesse in the Concerto No. 1 reminiscent of the traditional Polish dance called the oberek, which is still popular today. One can also speculate that the final movement of the Concerto No. 3 was inspired by the typical tempêtes found in the French operas of Collasse, Marais and others. Bach was an expert of the French style, both for having studied the scores of the most celebrated French composers of his day, and because he had been in direct contact from adolescence with French musicians living in Germany. His familiarity with the Italian style, on the other hand, was due more likely to his having studied the scores of concertos by Albinoni, Vivaldi, Marcello and others, which he later arranged for harpsichord. The creation of a mixed style – a gemischter Styl –, in which the two dominating styles in Europe were combined together with strict German counterpoint, was a prerogative of German composers, who proudly flaunted this new invention as if it were superior in style to the originals (a judgment pronounced in the well-known treatise by Quantz). — Even more unusual in these concertos is the instrumentation, which varies completely from one concerto

to the next. Only Nos. 1, 2 and 4 call for the canonic orchestral section of strings in four parts. In Concerto No. 1 this group of strings, joined by a solo violino piccolo, is in constant dialogue with an ensemble of oboes in four parts, following the model of the double instrumental choir originating in the canzonas of Andrea and Giovanni Gabrieli in Venice and often taken up by German composers such as Telemann, Fasch and Bach. This dialogue is juxtaposed against a pair of horns, acting almost as a third choir, whose habitual role as hunting horns alternates with the more â&#x20AC;&#x153;culturedâ&#x20AC;? melodies played by the other instruments. In Concerto No. 2, the orchestral accompaniment functions merely to provide harmonic, rhythmic and dynamic support, and its not indispensable presence might lead one to suspect the existence of a previous version without orchestra. This hypothesis is supported in the second movement, where both the orchestra and the trumpet are completely absent, giving way to a chamber ensemble represented by the remaining three soloists and the basso continuo. The group of four soloists, suggesting the concerti per vari strumenti of Vivaldi, is an unlikely combination of diametrically opposing instruments, from the trumpet in F to the recorder, with the oboe and the violin in between. The extremely challenging part for the trumpet is still considered today to be an important milestone in the entire repertoire for the instrument. The situation of Concerto No. 4 is quite different, for here the role of the orchestra is essential. This is

particularly evident in the fugue of the third movement, initiated by the viola. The remarkably virtuosic part for the violin soloist is one of the most celebrated works of music for solo violin in the entire baroque period. Joining the violin are two recorders whose parts hover between a solo and orchestral role, as is often the case in the Italian concerto grosso. In Concerto No. 5, the first violin is again a soloist, in frequent dialogue with the transverse flute, but the real protagonist here is the harpsichord. If we compare this extremely exposed and virtuosic part to the concertos for keyboard arranged later for the Collegium Musicum of Leipzig, starting with preexistant pieces composed for other instruments, it is clear that this concerto was originally conceived for the keyboard. Concerto No. 3 utilizes the very original and previously unheard of formation of three groups of three instruments each: three violins, three violas and three cellos, with virtuosic solo parts conversing with each other. This ternary structure was possibly intended as a play on the number three in reference to the title of the concerto itself, for Bach was certainly attentive to the symbolism of numbers. The second movement is strangely missing, and is substituted only by two chords which lead to the dominant of the relative minor. This was perhaps in order to allow for a free cadenza, performed here by the first violin. And what about the most curious ensemble of all, that of Concerto No. 6? Here the real protagonists are the two viole da braccio, whose extremely

challenging parts in terms of both virtuosity and expressivity are exceedingly rare in the repertoire of the late baroque period. In the first movement the two instruments carry on a tight dialogue in canon, often based on an arpeggio, in which the distance between the soloists constantly changes, from an eighth note to half a bar. The two viole da braccio are accompanied by two viole da gamba; the part was presumably composed for the Margrave of Brandenburg who was an amateur viol player of limited skill. Another interesting element common to many of the Brandenburg Concertos is the lack of specific tempo indications, especially in the first movements, something quite rare in similar works by Italian composers. This is the case in concertos Nos. 1, 2, 3 and 6. Nonetheless, the tempo marking alla breve (â&#x201A;ľ) at the beginning of each of these movements suggests a particularly fast tempo beaten in two rather than in four. For all the other movements, we find the common Italian indications such as Adagio, Adagio ma non tanto, Affettuoso, Andante, Allegro, Allegro assai and Presto. The variety in structure of the these concertos and the diversity of their instrumentation suggest that these works had been previously composed and were subsequently gathered together into the single cycle of the Brandenburg Concertos. This theory is further strengthened by the fact that, although there is the customary number of six concertos in the series, they are not in six different keys. Instead, they

are all in major tonalities, two of which are repeated: F, F, G, G, D, Bb. Indeed, some of these concertos were certainly conceived prior to their compilation by the author into the celebrated collection of 1721. This is true for Concerto No. 1, also known in a version catalogued as BWV1046a or 1070 but without the violino piccolo, the third movement or the Poloinesse, and with small differences especially in the ornamentation. Concerto No. 5 also exists in another version with a much shorter cadenza for the harpsichord. Moreover, Bach did not hesitate to reutilize them after having dedicated the series to the Margrave of Brandenburg, for he arranged various movements as cantata sinfonias or choruses, or as concertos for his Collegium Musicum in Leipzig. Rather than assuming that the composer reused these works in order to save time, we prefer to believe that he reworked these concertos because he was particularly satisfied with them. Despite the very probable hypothesis that the six concertos were not written within a limited time frame, it remains clear that Bach intended to bring them together to form a single coherent work, the very coherence of which is constituted by their variety and is based not on their similarities but rather on their differences. The six concertos are in fact the sum of the most disparate ways possible of handling the musical genre of the Concerto. Ranging from large forces in the manner of the “Concerto Grosso” to smaller ensembles featuring solo instruments,

these concertos exhibit Bach’s absolute familiarity and mastery of both form and instrumentation. Listening to all six of the concertos gives a sense of unparalleled variety and wealth of timbres, involving virtually every instrument in vogue during the period we now call the late Baroque, as well as the characteristics of all the principal styles present in European music. In these concertos, we are once again amazed by the ability of Johann Sebastian Bach to unite craftsmanship and inspiration, formal perfection and the delight of experimentation and exploration, while at the same time creating a music of absolute sublimity that still enchants listeners centuries after its composition. — We have included in this box set the Ouverture BWV 1067 in B minor, thus completing the recordings of music for orchestra by Bach which we began with the other Ouvertures (Arcana A400). This work is modeled on what the Germans called an ouverture en concert. It is actually an orchestral suite composed in the French style, but with an instrumental soloist typical of the Italian solo concerto, in this case the transverse flute. The piece thus once again exemplifies the German love for combining the two styles to create a gemischter Styl. The tripartite ouverture is comprised of a typical Lentement in C (4/4) featuring a dotted rhythm (universally recognized throughout the eighteenth century as symbolic of the French style), followed

by a fugue with solo episodes for the flute. The final movement is again a Lentement, but now in 3/4, and, like the fugue, is characterized by imitative writing among the parts. There follow six dances. The first is a Rondeaux in the form of a gavotte. Next is a Sarabande in which the upper part is imitated by the bass in a canon at the interval of a fifth, while the inner parts are composed in dense counterpoint. The third dance consists of two BourĂŠes, the second of which features the solo flute with a strongly rhythmic accompaniment by the strings. They are followed by a Polonoise, marked by clearly indicated effects of dynamics and articulation, and a Double in which the bass takes up the first theme while the flute plays continuous variations in the style of the French airs de cour. A sober Menuet precedes the final dance: the celebrated and brilliant Battinerie, a name used also by Telemann to indicate playful and lighthearted movements whose rhythmical nature is vaguely similar to that of the gavottes. The autograph manuscript of the Ouverture BWV 1067 is dated around 1738-39, but various elements suggest that it was actually a reworking of a previous composition in A minor, though intended probably for solo violin rather than transverse flute. It would have been written when Bach was in CĂśthen, and was thus contemporary with the Brandenburg Concertos. Paolo Grazzi â&#x20AC;&#x201C; Alfredo Bernardini May 2018 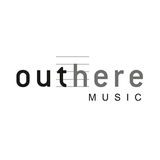