Summary: Public education in Greece. Aspects and trends of an emerging privatisation (ENGLISH) 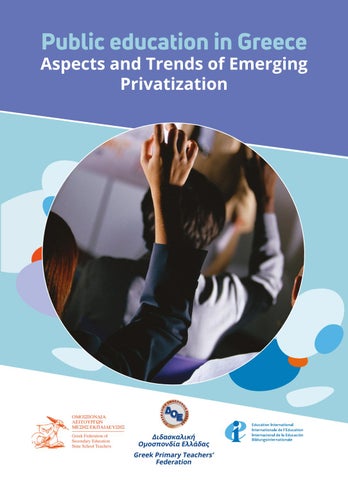 Aspects and Trends of Emerging Privatization

ducation as a social institution, a social organisational scheme, a framework for the development and reproduction of a social formation, but also as a fundamental humanitarian value, has always been an arena of ideological, political, social and economic conflicts. Indeed, the education systems around the world and the historical paths they have taken reflect the ideological, social, economic and political developments that have taken place in every corner of the planet over time. Education systems are in essence symbolic representations of the economic and political organisation of the societies they serve. In education, one can see the mirror image of society. From this vantage point, in managing educational institutions, the political system essentially does nothing more than organise and shape the functions of education according to its own ideological and economic agenda. Often, the details characterizing educational structures and functions ultimately show the ideological context of both education and society as a whole. Any attempt to privatise education will surely generate strong reactions from society, but in particular from those that fought for the establishment of free, public education, and that are fighting today for its protection. However, for some years now, this social group has begun to realise that social, political and economic conditions have already created a battering ram that is trying to pave the way for the privatisation of all levels of the country’s education system. Teachers of all levels, their trade unions, families and students themselves are confronted daily with privatisation trends throughout the education system. Teachers, as scientists, professionals and public officials, but also as family members, are experiencing many manifestations of these trends. In the same context, families, see large portions of their income being

ducation spending is one of the most fundamental categories of public expenditure. However, compared to other EU member states, in Greece, public spending on education has declined considerably in recent years. Whilst there was an increase in spending on education from 2000 to 2010, due to the financial crisis, public funding for education substantially decreased from 2012 to 2016. It is also worth noting that within the same period there was a ‘shift’ in public spending from secondary to primary education. Studying State budget expenditure for education, it appears that the proportion corresponding to salaries and remunerations has increased compared to the proportion of expenditure for infrastructure and equipment. Private education spending has decreased substantially, from 3.3 billion Euros in 2009 to 2.1 billion Euros in 2016 (a decrease of over 33.3%). Spending on shadow education (tutoring services, private lessons, foreign languages learning outside school, as well as services provided by educators, child minders and babysitters) as a percentage of public education spending is now around 34.7%. Spending on shadow education as a percentage of total private education spending is 40.1%. The results of the study show that household spending on education is relatively high, as the financial crisis continues to exert pressure on parents. The above figures illustrate that the cost of education is a significant burden for Greek families. The findings of the study show that teachers are concerned about the “colonisation” of public education by privatisation processes and the inability of the State to safeguard the role and mission of public education. Almost 50% of teachers surveyed agree that shadow education undermines the fundamental characteristics of public education. The findings further show that there is a clear preference for public ed-

Aspects and Trends of Emerging Privatization

Based on the findings of the study, the following measures and initiatives are proposed to support public education:

In conclusion, this approach offers a new interpretative framework for the causes, concepts, perceptions and practices within and beyond contemporary Greek reality.

1. Increase funding for public education 2. Target the geographical areas that have been affected the most by the financial crisis 3. Increase teachers’ salaries 4. Provide scientific and pedagogical support for teachers

Finally, it is clear that we need more research on the operation of school education and the link between educational research and the decisions taken in the field of education policy.

5. Counter any attempt to target and discredit public education from media, governments, private bodies and organisations seeking to increase distrust of parents and the Greek society as a whole towards public education

Summary: Public education in Greece. Aspects and trends of an emerging privatisation (ENGLISH) 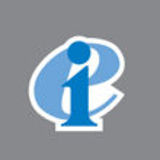