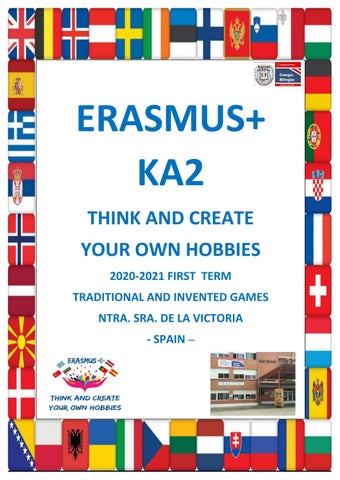 Hello Friends! I am Victorita, and I would like to introduce you our school background work about games and how we have linked it with our fantastic Erasmus+ project. Two years ago we started an Innovative Project that finishes this school year 2020/2021 in which we are modifying the structural aspects of the school, changing some rooms into special rooms such as drama-creativity room, emotional room, radio, games room and active breaks. This project is called “Emociónate: E3 – educación + emociones = éxito” (Moving E3education + emotions = success) Our school is working on the encouragement of active, inclusive and cooperative breaks. Our school is a preferential school for diagnosed autism students, being breaks a vital time for a real educative inclusion of these students.

Teachers thought there was a need to change how the breaks were carried out. Hence, we created different areas in our playgrounds, not only in Primary Education playgrounds, but also in Infant playgrounds, letting students to socialise focusing on games, physical activity. The main objectives are then, learning through amusement and getting along with the rest of students, acquiring emotional and social competences. Thus, we could establish areas for music, sports, traditional games, creading, calming area and board games space. We could see the effects of these changes during the breaks during last year, as each student could decide in which are they would like to spend their break time.

However, during this school year in which we cannot share materials and each group of students play on a specific area assigned for them, it is difficult to complete this part of our innovation project, but we can always find a solution for this.

For the traditional games area, we have some traditional board games painted on the floors, so that, students that currently are assigned on these areas are enjoying playing to these games in which there is no need to use materials, such as hopscotch, plate circuit, jumping-metre, footballplate field, noughts and crosses, chess, skipping ropes, elastic rubbers, hoops, petanque, hankerchief game, etc.

So that, during this school year, as we cannot share playing materials and areas are assigned and limited for each group, we cannot complete this part of our Innovative Project appropriately. However, the students assigned for the traditional games area, as we have the games painted on the floor, they can enjoy this part because they do not need materials to play them.

On 20th November 2020, we celebrated the World Children´s Day in our school. We coloured Mandalas, given by the City Council of Villarejo de Salvanés. In addition, MISECAM (Community of municipalities from the South-East of Madrid) proposed a competition for 5th and 6th graders about the Children´s right to play after the lockdown. This competition is also related to our Erasmus+ K2 project as students compile traditional games with the support of our pet Vitorita, our native assistants (Claire and Tom) and their families. The collected games are implemented at the playground as part of our Active playgrounds.

During our compilation of traditional games, many games turned up. It was dealt during breaks and it was lead by our teacher assistants: Tom and Claire. They were asking students different traditional games they usually play at home and at school and who had taught to them. Claire and Tom asked all the students from the Primary Stage (6-12 year-old students).

Each student explained Tom and Claire and also the rest of the group how to play the games, and they played them too. Sometimes, they also invented some aspects of games so that they found out they had invented a new game. We also worked on the compilation in classroom, as time fillers, helped with Tom and Claire too.

Moreover, third graders worked on traditional and invention of games at home, with the help of families. They were thinking about the traditional games first, about when they learned how to play them and who had taught them too, how often they played them and how they feel when playing them. They also prepared presentations and showed them in front of their classmates in the form of explanations, videos and also, just playing them.

Some of the traditional games presented were: Hide and seek, “el manro”, clapping (written by the student as “palms”), chess, bottle cap races, game of the goose, three-in a line, the chairs game, ludo, the Spanish cards, etc. Some of them also designed they own traditional games.

Here we present some of the invented games they prepared too, for example: blow the little ball, the maze game, the short stick, parkart, dice game, the spider, throw into a basket, etc.

This is just a small piece of all our work about games during this first term and what we share with our European partners. Attached, you have included a deck of Spanish cards and the instructions for how to play one of the games, one which is easy for Primary students, but there are plenty more and much more difficult. We hope we continue working face-to-face in the school as it is the proper way to work and enjoy this beautiful project the most. 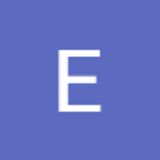