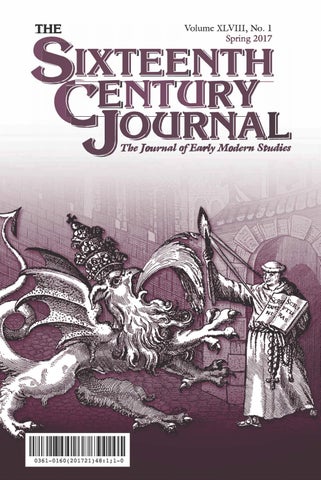 qr El reconocimiento de la humanidad: España, Portugal y América Latina en la génesis de la modernidad. Fernando Álvarez-­Uría. Madrid: Ediciones Morata, 2014. 367 pp. €23.85. ISBN 978-­84-­7112-­780-­8. Reviewed by: Ángel Gordo Universidad Complutense de Madrid, Spain We know that in November 1963 Michel Foucault spent many a day contemplating Velazquez’s Las Meninas in Madrid’s Prado Museum. He himself referred to the importance of his encounter with this painting, which distanced itself from the Renaissance episteme. In The Order of Things he was one of the few thinkers that connected Las Meninas and Cervantes’s Don Quixote with the formation of the classical episteme and modern thinking. Somewhat unjustly, Foucault’s book received some severe criticism, with the result that his exploration of a modernity with origins in the Latin world was abandoned. Hobbes, Locke, Grocio, Descartes, Espinosa, and even the French libertines continued to be recognized as the guardians of modernity, when their influence was not diluted in the long-­term processes of sociohistoric analysis. So, although Fernando Álvarez-­Uría’s book is inspired by the words of Michel Foucault, his purpose with The Recognition of

244  Sixteenth Century Journal  XLVIII/1 (2017) Humanity is not to regurgitate his thesis on the Hispanic Latin conditions of possibility for modernity, but to reuse it as a source of support, akin to a box of tools. The Recognition of Humanity proposes that the modern secular order was sustained in the Occident by the concept of “mankind,” an alien idea in the Protestant cosmos. This concept expanded with the discovery of the New World and the teachings of the School of Salamanca, as much in Spain as in Latin America. But, how to explain the historical events by which this first modernity from the South, decisive in the development of rational and scientific thinking, became marginalized, ignored, and undervalued? And if the first advancement of secularization and democratization sprang from Hispanic countries, why then were these countries so late to incorporate into the modern world; indeed, so late that the Catholic Church maintains a strong influence in the halls of government to this day? These are some of the questions that Álvarez-­Uría addresses with his new line of research on the genesis of modernity. In general terms, it could be said that in the twentieth century a prevailing conviction existed among social scientists that modernity had been cast in the protestant forge. From this, the conditions for the production of a kind of structural homology between capitalism, pietism, and modernity emerged, which was endorsed not only by Talcott Parsons, the great interpreter of Max Weber, but also by Robert Merton. It was not until the publication of Marcel Gauchet’s The Disenchantment of the World (Le désenchantement du monde [Paris: Gallimard]) in the 1980s that the Durkheimian sociology of religion would once again recover its old centrality. In his analysis of Gauchet, Álvarez-­Uría deals with the transition from the golden age of religions to a secular world; however, the absence of accurate historic materials impeded the French scholar from delving into the specific processes of social change made possible by the move to secularism. Charles Taylor, the Canadian philosopher, published A Secular Age (Cambridge: Belknap Press of Harvard University Press) in 2007 with the intention of explaining how a society in which it was virtually impossible not to believe in God transformed to one in which faith, even for the staunchest believer, is just one of a number of possibilities. The purpose of Taylor’s book coincides with that of Gauchet’s to explain the genesis of modernity, but the principal difference between the two resides in Taylor’s aim to highlight the relationships that allow us to understand the development of this part of history; a task that remains incomplete as, among other things, he made his case at the margins of the great intellectual debates that were taking place in occidental history. Álvarez-­Uría’s book takes a different path to Gauchet and Taylor, both of who disassociated social history from intellectual history. Inspired by Durkheimian sociology, he argues that a new form of thinking emerged in sixteenth-­century ecclesiastical circles that was closely connected to the overseas discoveries that opened the way to the Portuguese and Spanish empires. Led, for the most part, by Dominican and Jesuit theologians with strong connections to the universities of Salamanca, Valladolid, Évora, and Coímbra, but also to Mexico and Lima, a school of thought formed that would lay down the bases of the secular idea of “humanity.” Differentiated from the medieval scholars such as Thomas Aquinas, who espoused a strict dichotomy between being of the faith or not, Christian or pagan, this new intellectual collective, encapsulated under the rubric of the School of Salamanca, introduced to the occidental Christian a new idea of “humanity” that for the first time incorporated a view of the entire world. This category became the lever that would open the Pandora’s box of the modern world, where an anthropocentric worldview replaced a theocentric

Book Reviews 245 one, where the centrality of the heavens changed to the centrality of the earth. The old dialectic between orthodox and heterodox, friends and enemies, transitioned to a notion of common humanity, shared by Christians and pagans alike. In this book, the author addresses these and other questions, and he argues that the formation of the idea of humanity opened the way to the constitution of a new mental space, a new system of thought that was articulated through specific social and political conditions at the margins of Christianity’s own theocratic order. We need objective, scientific studies that allow us to address the facts of religious history and cultural inheritance, free of fervent sociopolitical interests. Without losing sight of the defense of secularism, The Recognition of Humanity is as rigorous and grounded as it is innovative. It opens a new mental space for sociologists and historians at the same time as it enriches our sociological heritage. Paraphrasing Lucien Febvre, who once praised the innovations of Erasmo and Spain in a review, we could say that the publication of this book by Álvarez-­Uría was necessary to “integrate Hispanic Latin thinking and practice, in its various guises, to the centre of secular life in the modern West.” qr 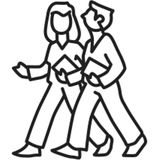