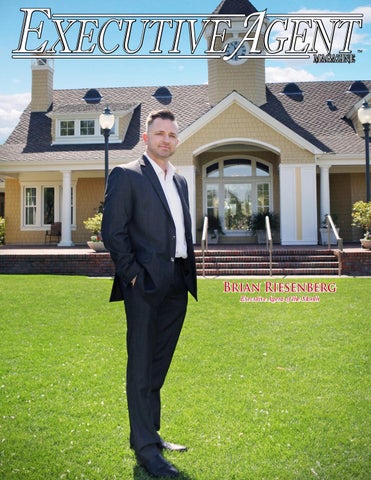 rian Riesenberg was voted “most likely to be on Baywatch” by his high school classmates in Milwaukee. He was captivated by Southern California after he traveled here on a family vacation when he was only 11 years old. “I was awestruck by the rolling mountains, the beach, Disneyland, Knott’s, Sea World and everything in between. I thought it was the most amazing place ever invented. So when I graduated from college in 2000, I moved out to Los Angeles two months later.” It was only natural that Brian’s love for the extraordinary California lifestyle led to a career in real estate. Soon after his arrival, he obtained his license, and then began his real estate career as the operations director for a property management company in Coronado. For five years he oversaw 600 units spanning single family homes, condos and apartments, and skillfully assisted clients with their housing needs in an elite marketplace. Then Brian met and began dating his now wife, Laura. He lived in San Diego, and she lived in L.A., so they

planned their first date in Temecula. “We went wine tasting on our first date together, so Temecula has always been a special place for us. We had other dates here, as well, so it’s funny that we ended up living here.” After Brian and Laura eventually married and bought a home in Temecula, the commute to Coronado for work became impractical. So in 2010, Brian made the decision to transition to real estate sales closer to home. He joined Keller Williams at a time in the market when it was especially challenging for agents to build a new business. He drew strength from his hard-working, Midwest upbringing and tenaciously cold-called and door-knocked his way through those first months. He adapted to the needs of distressed sellers, and his first listing was a short sale. “It was a tough time to get started,” Brian remembers. “When you knocked on someone’s door then, it was a very delicate situation. You didn’t want to seem like an opportunist, but instead let them know that you were really just there to offer them a solution to their problem. I was determined to succeed, and I knew these were the people who needed my help.”

Then Brian encountered an extraordinary chance to partner with one of Temecula’s preeminent agents, Marcel Hensley. “Her buyers’ agent had left to become an individual agent, and I saw an opportunity. Marcel has one of the best reputations of any agent in the Temecula Valley and does a high volume of business. She had a need, and I had a need to do more business. Selling myself to her and telling her why I would be a benefit to her business was my most important sale of 2010. It’s become a tremendous partnership since then, and I’ve closed $35 million in sales in the last five years. We are a great fit. She loves being

in the office early, and I like to be able to take my kids to school and then stay late when I need to. One of us is always there to take care of our clients.” Brian’s positive spirit and enthusiasm for the community infuse this team of three with vital energy. Brian and Marcel are assisted by Maggie Gamester, who works diligently as their Administrative Assistant. “She is an invaluable team member and assists us with facilitating transactions, marketing and client communication,” says Brian.

Living the American Dream California Style “I love interacting with the community and making long-term friends, and I get real joy out of working with such great people every day. I’m really a fun-loving person who enjoys finding out what people do and why they love what they’re doing. I love learning from them and making myself better.” Since he loves the product he sells, it’s easy for Brian to make the home buying experience fun for his clients, and his conscientious and compassionate care of people motivates his regular and reassuring communication with them. “I always try to keep a sense of humor with every situation. Buying a home is one of the most stressful times in anyone’s life. I try to put myself in their shoes and ask myself, ‘Would I expect to be hearing from me if I were the one buying this home?’ I’m disciplined about staying in touch, even if there isn’t much to tell the client. I call to say, ‘I’m thinking about you and everything is going smoothly. There’s nothing you need to know. I’m on top

of it.’ Everyone really appreciates that. You can never communicate too much with someone when a home is in escrow. And if you can throw in some humor when it’s appropriate, it lightens the mood a bit, too.” Brian’s skill at forging personal connections with homebuyers is beautifully illustrated by the feedback he received from one of his youngest clients. After selling a family their home, he and his family were invited to their five-year-old daughter’s birthday party. “When I got there, their little girl saw me and remembered me. She said, ‘Thank you so much for selling the house to my mom and dad. We love our house.’ That’s the one compliment that always sticks with me and I take the greatest joy out of. I know the honesty and sincerity coming from this little girl. She had moved from an apartment to a house that she loved being in, where she had a yard to play in. She came running up to me unsolicited. It was so genuine, and it reminds me of what is so special about what I do.”

Brian works diligently through every transaction, realizing that nothing can be counted on until the escrow is closed. “This is a 24/7 business, and I treat it that way. Anything can happen, and I try to be as responsive as I can. I empathize in bad situations and try to be mindful of how I would feel in their shoes. I think I’m good at helping people keep it all in perspective by reminding them that at the end of this process, the reward is getting the home they want. The pain is only temporary.” Brian, Laura and their two daughters love their home in the Harveston community of Temecula, and Brian wants his clients to feel that same passion for the place they choose to live. “I don’t feel I did my job unless you’re happy,” he says. “I will show you one house or 50, but I’ll never force someone into a home. I don’t take satisfaction in that. I want someone to come back and do more business with me in the future because they know they were treated right. And our relationship doesn’t end when the transaction is over. I’m always here for you.”

Brian may not have made it to Baywatch, but he is truly living the American Dream – California style. He loves being outdoors with his girls, whether they are in the mountains, at the beach, or enjoying local parks and attractions. He is also a golf enthusiast, and his ten-year-old daughter joins him on the green with her own clubs. Brian is enthusiastic about helping buyers find the right home, from the Temecula valley all the way to San Diego Bay. “I can’t imagine living anywhere else. There are always things to do, the weather is great, we have blue ribbon schools, and we are consistently ranked one of the safest cities in the nation. This is a vibrant and growing community and a special place to be.” 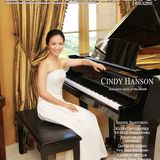