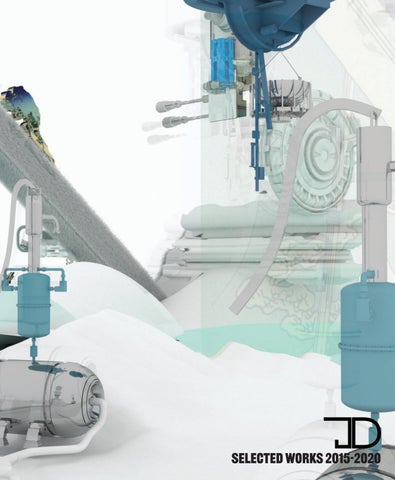 About Me I am designer based in Knoxville, TN and a recent graduate from the University of Tennessee, where I recieved my Master of Architecture and Master of Landscape Architecture. I grew up in rural West Virginia in a very supportive family, they always encouraged me to follow my dreams. My original dreams were a passion for teaching others and a love for the arts. My grandfather and father are both what I would consider artisans and have both inspired me through their work in carpentry and metal working. From an early age I was taught the importance of craft. While architecture and landscape architecture were not a part of my original dream I credit them for my interest in these creative ﬁelds. Through my studies I was given many opportunities to serve as a graduate teaching assistant which fueled my passion for teaching others the joys of creative thinking and crafting. I am very interested in the ways in which design education inﬂuences the built environment and its affects on society.

Selected works The following work is a product of my continued interest in the world of design. While some of this work can be tied to the idea of constructing physical space, some is about the conceptual idea of space and how one percieves it. This work consists of projects that not only were a part of various design studios during my master of architecture and master of landscape architecture but also my time as a graduate reasearch assistant and personal projects.

This project is the result of the Governs Chair Studio focusing on urban development and the technology of 3d Printing. The urban environment, with it’s skyscrapers that reach the clouds and buildings that seem to lack all human scale. But isn’t the city for humans? These skyscrapers create the “urban canyon” within the city making all the people below look and feel like ants. How can one bring the idea of this urban canyon to a human scale allowing a tranquil escape from the urban life in which they live? The Canyon Constructed out of an aluminum scaffolding that is made up of multilayer inserts that can be moved around depending on the time of year. There are currently three types of inserts one is the solar power inserts which have two layout patterns one for the summer months and one for the winter months to ensure the most energy harvesting out of the system. The next is the living wall inserts, each of the living wall inserts are made up of various types of plants which take in the rain water and ﬁlter it through to the cistern system. The ﬁnal insert is the, rain screen inserts , these inserts are meant for screening the rain from the shelters and similar to the living wall inserts ﬁltering most of the water down to the cisterns on site.

Through a series of site investigations, sketches, and natural disaster simulations Andrew Russell and I were able to develop an algrothem to simulate growth around the sites effected by the disaster in turn allowing us to create a city plan that was resposive to natural disaster over time. The goal of the project was to use the Garden City concept as well as Frank Lloyd Wrights Broadacre City to create a plan that was not reliant on the grid but rather could adapt to the seemingly unpredictable destruction of natural disaster in order to create a walkable city in a post disaster world over 100 years.

The Result of a studio named “Database Natures”, this project focuses on the over-saturation that we have with the database and the idea that in the future we could live in a series of miniature cities known as micro database cities. This project serves as the prototype of this city and is located on Dolly Parton Parkway in what is currently an RV Park. Year: 2100 For years we have used the database and the database has used us, and yet we are still strangers. However, a new city has materialized and it is claiming to be the database and a select few have chosen / been chosen to become citizens. This city is the ﬁrst of many, just as the virtual database is a network collecting information and image of the spectacle, the physical seeks to locate itself near the subjects in which it collects from. No longer limiting itself to a virtual collection but rather the potential to collect the physical. The Site: Two Rivers Landing RV Resort: The RV, once a symbol for family vacations to visit sites of spectacle, gaining popularity in the 1960s, began to fade out with the loss the generation that popularized them. Leaving a mass network of physical artifacts known as RV parks. As the database searched for a home, it found these miniature cities. Pre-Zoned, existing infrastructure, located near major database subjects, separate from any existing city, it was the perfect ﬁt. The Citizens: The database could not create or obtain physical space on its own, it must gain citizenship. Just as people become addicted to a substance, people have become addicted to the database, virtual substance. This collective craves the over saturation of the database and is no longer satisﬁed with life outside of the database. They had chosen the database, and in turn the database had chosen them. They desire to arrive. The Welcome Center: The database is continually growing as is its new city. The welcome center is the entrance to the city. For a database to exist in the material world it must have an interface. The welcome center is the interface between the citizens and the city. In the welcome center you are met by a kiosk where you choose the level of participation within the city. The city then responds to your input by miniaturizing the data and then repackaging back to us in physical space, allowing the city to adapt to each citizen. The Utility Board: This is where the database processes the information to give back to the city to ensure its growth. Taking the inputs from the welcome center and using its knowledge to populate the city with the spaces that are desired by the citizens. The city quickly becomes a network of overlapping spaces creating a diverse collective city. The Fulﬁllment Center: Each level of participation creates a space within the city. The fulﬁllment center is the space of augmentation. Each citizen can interact based on their participation desires in the welcome center. This place blurs the boundary between physical and digital space allowing for a scaler shift in thisminiature city through augmentation. Inhabitation: With citizens comes the need for inhabitation. The site is pre-zoned for living, each citizen chooses / is assigned a plot to construct their place. They are restricted to the size of the physical lot, however based on their chosen participation level are given an amount of digital space to exist and build their lives in the microdata base city. The Welcome Center allows each citizen to take part in the hyper-individualism that the database allows. The Future: …

The Tennessee River Line Compendium project is about the human inﬂuences across the Tennessee River Watershed and how we can begin to view our environment through a new lens. In the 21st century we have reached a point where almost every environment has been affected by the infrastructures and lifestyles of human beings. This project begins to not only look at those effects, but also speculate on how we can begin to not necessarily try to reverse the impacts we have had on nature but to learn to change the ways in which we proceed in the future. The speculations that we propose in our research speak mostly to the ecology, physiography, and anthropogenic factors and moments within the Tennessee River Watershed. In the future this project wishes to go beyond the boundary of the Tennessee River Watershed to address and speculate future anthropgenic effects on ecology at the global level.

This is a small collection of selected work from my experiences in graduate school for architecture and landscape architecture. 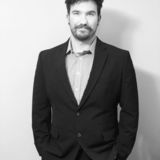