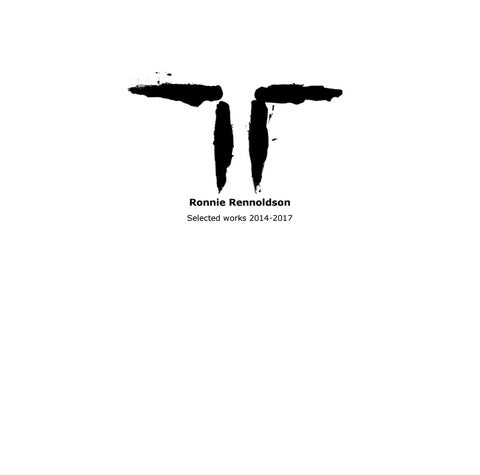 Bio Initially studying art under the Scottish colourist, John Nelson at Stevenson College in Edinburgh Ronnie moved to Duncan of Jordanstone College of Art and Design in Dundee before graduating with degrees in Architecture from Dundee University. After working with the internationally acclaimed architects Percy Thomas Partnership in Bristol and winning accolades for his public sector projects he set up his own practice, CODA Architects, where he could explore themes that would also inform his Art : intellectually generated, poetically inspired and reflecting the â&#x20AC;&#x2122;genius Loci â&#x20AC;&#x2DC; of a place. Wining numerous architectural awards Ronnie maintained his passion for Art by incorporating Art wherever possible in his projects and by creating his own abstracts rooted by an architects understanding of place and the importance of line to explore identity through memory, impulse and the human need to tell stories and make marks. Now working full time from his Bristol based studio his work requires many sketches before reflecting in the studio, working directly onto the canvas, with no preparatory drawing on it. Something emerges, which is followed and shaped: line is the prime signifier. Canvas is often left unpainted, sometimes to crowd the paint, sometimes left as vestigial space to breathe and from a belief that what is not said also has value.

Memory All Memory is filtered by subsequent events to the point that others may not recognise the alternate reality that has been created.

Impulse Stripped of figurativeness, these works reflect a single state of being.

All Memory is filtered by subsequent events to the point that others may not recognise the alternate reality that has been created. In re-telling a story events are added , distorted and modified to suit both audience and tellers These works explore the disparity between what was and what is remembered.

Figurative landscape elements that create a notion of place merge with fixed points and specific memories to create a single abstract expression; a memory specific to the teller and new to the audience.

Stripped of figurativeness, these works reflect a single state of being.

They are part of a series of paintings some of which could not be named other than by a single letter.

A single act of creativity Acrylic on canvas 1000x1000

Some are very personal whereas others tell stories but all use line as a signifier.

Confronting fear in a life or death situation 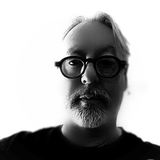