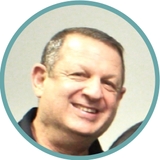 Dr. Edward Thalheimer is a distinguished leader in the educational field. As the Founder of The Tutoring Center, Dr. Thalheimer has provided helpful resources to countless students and franchisees through the expansion of the company. Now, The Tutoring Center boasts nearly 200 locations and a center-close rate of less than 2 percent.

To learn more about Dr. Edward Thalheimer, be sure to visit his website.