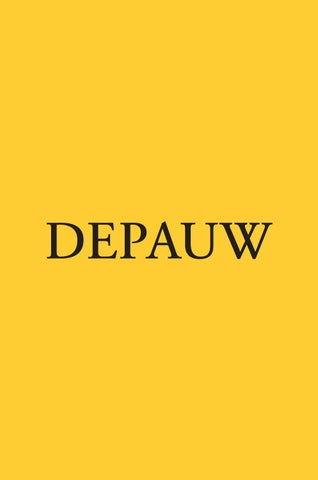 DePauw University began humbly. One professor. Five students. A cornerstone in a frontier village. In more than 180 years since, DePauw has grown boldly. 225 professors teach 2,156 students. And that cornerstone lies in East College â&amp;#x20AC;&amp;#x201C; the heart of a 695-acre campus. DePauwâ&amp;#x20AC;&amp;#x2122;s growth has been a shared effort. The students, faculty, staff and community members create the heart of our liberal arts and sciences university. They are the Gold Within. And now, so are you. Welcome to DePauw.

When DePauw admitted women in 1867, it became one of the first colleges in the nation to go coed.

DePauw keeps the ratio of students to faculty low to promote superior teaching and encourage maximum student engagement in class and out.

Four Japanese young men arrived to study in Greencastle in the late 19th century and heralded an international future for DePauw, which is now home to students from more than 40 countries.

One of DePauwâ&amp;#x20AC;&amp;#x2122;s historic strengths is its renowned School of Music, which was founded in 1884. Located in the Judson and Joyce Green Center for the Performing Arts, it produces more than 200 performances annually.

The moment that a 300-pound bell from the Monon (pronounced MOE-non) train line became the prize for winning the annual DePauw-versus-Wabash football game, the continuation of a legendary rivalry that dates back to 1890 was guaranteed.

More than of students participate in research, studying directly with faculty without competition from graduate students.

A campus tradition, the Little 500 Bike Race is held every spring.

More than of DePauw students participate in athletics.

CLASS PROPHECY One day, you will look back on this moment as one that changed everything. On that day, you will throw your cap in the air and join the ranks of DePauw University alumni. As a DePauw alum, youâ&amp;#x20AC;&amp;#x2122;ll go on to do big things. But no matter where you travel, study, perform or work, as a Tiger you will always be GOLD WITHIN.

Admit Welcome Booklet for the Class of 2024 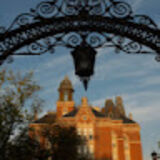