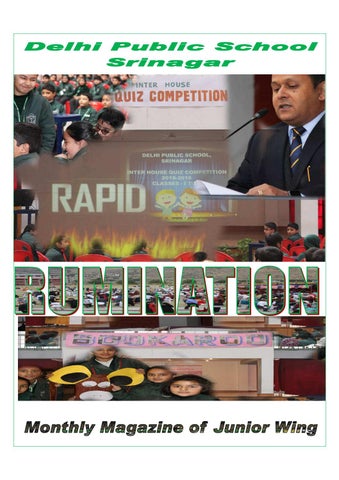 GEETANJALI A grand musical event – GEETANJALI was organized on 20th Nov. 2018, by the department of music. Students across the board paid rich tributes to the legendary artists of the country. Some notable personalities of the valley associated with the art field were also the part of this programme. The musical items which our students performed and presented before the audience were mesmerizing and impressive. Students from Junior wing presented the songs ‘kya hua tera vada’ and ‘taal se taal mila’.

INTER HOUSE QUIZ For the first time in the history of DPS, Srinagar, the Principal Mr. Alistair R A Freese, also the Quizmaster for the quiz organized an Inter-house Quiz competition on November 9,2018 . The audience also got a chance to participate every time the teams answered incorrectly. Every round was a mixed bag with questions from history, sports, books, languages, vocabulary and science. Everyone waited impatiently for the announcement of the final scores. Maple House won the Quiz Competition scoring 100 points and the winners were then awarded with merit certificates by Ms.Bilquis Qadir and Ms.Monisa Khursheed. This quiz truly was a learning experience for both the audience and the participants.

BOOKAROO Bookaroo â&#x20AC;&#x201C; the festival of bringing the joy of books to children, was being hosted again for the 6th consecutive year by Delhi Public School, Srinagar. The two-day programme began on 3rd November 2018 with extraordinary excitement and immense curiosity of the children of different age groups. The children were allotted venues which they considered the treasure-houses of fun and frolic and also an ocean of innovations and exposure.

Thank you Note The humblest person we have ever seen Make the school proud, always keen Can you guess buddies, who I mean?

Indeed Mr Alistair R. A Freese: the name itself has become an inspiration. We have seen many principals but Mr Freese provides a picture of perseverance, support, and humility. We appreciate his determination as he believes and acts on what he says. He is a wonderful orator and a genius of rhetoric skills. He believes in the dictum â&#x20AC;&#x153;Respect others and you will be respected.â&#x20AC;? He provides the perfect picture of excellence and honour. Saying thank you, or offering other words of appreciation, along with sincere compliments and other grateful or kind words seem too short to describe our gratitude towards him. Junior Wing 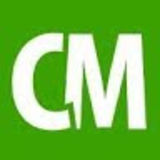