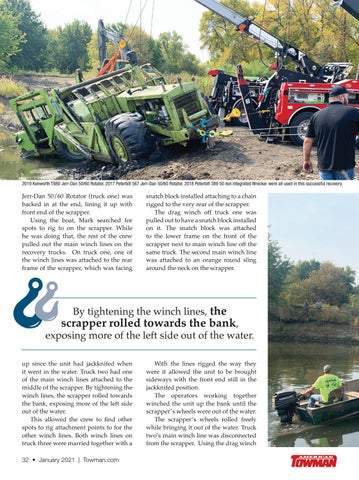 Jerr-Dan 50/60 Rotator (truck one) was backed in at the end, lining it up with front end of the scrapper. Using the boat, Mark searched for spots to rig to on the scrapper. While he was doing that, the rest of the crew pulled out the main winch lines on the recovery trucks. On truck one, one of the winch lines was attached to the rear frame of the scrapper, which was facing

By tightening the winch lines, the

scrapper rolled towards the bank,