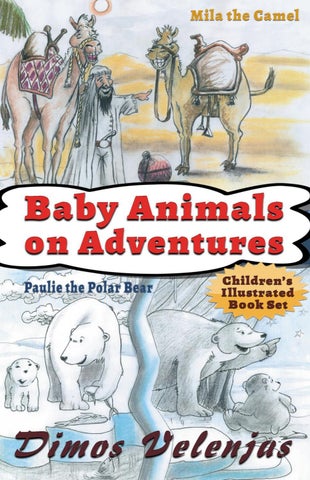 Once upon a time, somewhere in the far Egypt, at a caravan, lived a little camel named Mila. From the time Mila was born, she was filled with admiration for the horses in the caravan. She admired their beauty, built, vigor as well as their agility. As the years went by, Mila grew, and as she grew, she felt more and more aversion for her own species while her admiration for the divine horses grew even further. Her aversion was

such that she began to believe that she isn’t an ugly, sluggish and weak camel. So, she started to keep company with the horses rather than the other camels. The horses really enjoyed her company too. One day, one of the horses, jokingly said to her: “My dearest Mila, you may have the appearance of a camel, but your soul is of a horse”. That was it!! From that moment, Mila was obsessed with the idea. She sincerely believed that she is actually a poor horse, imprisoned in the

body of a camel. For this reason, she lived with the horses. She started to act and move like a horse. She was even taught to neigh like a horse. After a while, the other camels didn’t want Mila near them since the only reason she would come close to them in the first place, was to laugh at them or to criticize their ugliness and weakness. Mila was totally and utterly convinced. She was a horse!

Eventually, the other camels were mocking her as well. Mila, like a proud horse that she was, wasn’t at all annoyed by the mockery. She only thought: &#39;&#39;Poor camels, you don&#39;t realize that I am an unlucky horse, imprisoned in the body of a dirty camel. You can&#39;t see how different I am&#39;&#39;. From then on, Mila was completely alienated from the herd of camels and lived with the horses. The people of the caravan, seeing that no matter what they did, Mila would return to the horses, they let her be. They even put a special saddle on her with reins!! Especially made for Mila! When the caravan was in motion, they let Mila travel with the horses. Everyone was laughing at the site of a camel with a saddle and reins. Mila was not bothered at all by all the mockery. She was happy! A few years went by and still the people and the camels wouldn&#39;t stop making fun of her. She started to get angry. Extremely angry!!! She just wanted to leave the caravan, but the thought of leaving the beloved horses behind was unbearable. She was obliged to swallow her anger and tried hard to be indifferent to the mockery.

One day, however, she couldn&#39;t stand the situation any longer, so she decided to persuade the horses to escape the caravan and follow the path to freedom. Every evening the horses gathered around Mila as she talked about her dream, living in a faraway place, free of slavery and tyranny. Living far away from the dirty camels.

Once upon a time, at the remote and frozen North Pole, lived a family of polar bears. The father, the mother and their little cubs, Paulie and Moly. The little cubs’ life was filled with laughter and joy as they spent most of their days playing under their parents’ watchful eye. When Father Bear would go fishing, Paulie would follow so he could learn the fine techniques of fishing. This way when Paulie reached the right age, he would also fish for himself and provide for his own family. Moly on the other hand stayed with her mother, at home, which

was a big cave hidden away within the Arctic’s icy rocks. Mother Bear was teaching Moly a variety of different and useful skills such as how to find her way using the stars or how to take care of babies for when she bears her own. She also taught her how to clean the cave. Sometimes Mother and Moly would fish too, since it was very important that all bears knew how to hunt for food. But most of the time the males of the family took on that task while the females had as their outmost priority to learn how to care for their babies.

Paulie was a very clever little bear and would learn quickly every trick his father would teach him. Paulie was so aware of his capabilities that he would always show off to Moly. He would challenge Moly in fishing but rarely did she manage to beat him. Paulie often laughed and mocked Moly. This worried his parents, especially his Mother. One day, Mother took her little cub along with her for a stroll onto the ices, to talk to him about his unfair behavior towards his sister. &#39;&#39;Each and every bear” Mother explained, “has different talents from the other. You are very good in fishing and we all see that. But Moly is good in doing other things that you are not good at. Moly, for example, can look at the stars and find her way. That is why it is not right to mock her for everything she is not as good as you are. You must learn to be a humble and a kind little bear&quot; Paulie, lowered his head, apologized for his behavior and told his Mother that he would stop misbehaving. That’s what he told his mum...but...the first chance he got…and of course being especially careful not to be seen by his parents, he continued to irritate his sister. One cloudy polar winter day, the whole family was gathered inside the cave, to protect themselves from the upcoming bad weather. Suddenly the ground started to tremble!

A loud and sharp noise was heard just like the sound of ice breaking. Father was startled, but in an effort not to scare his cubs, said: “Don’t worry my children; this sound is probably thunder…” He did however know too well that the sound was no thunder. He remembered something that had happened when he was a cub himself when he lost his own father. &quot;Stay in the cave. Your Mother and I will go outside and see what&#39;s happening&quot;, Father told the cubs. &quot;But be very careful” he continued, “don’t go outside alone for any reason at all. Stay inside and wait for us.” The cubs agreed to stay in the cave. Mother was really reluctant but she followed Father Bear silently towards the entrance of the cave. “We can’t leave the children by themselves”, she whispered to her husband with a troubled look.

“My dear, ‘I know it is dangerous to leave the cubs on their own, but my intuition tells me that this is something we must face together” replied Father Bear. Mother was really scared now! Unable to fully comprehend her husband, she trustingly followed him towards the cave’s exit. “Don’t leave the cave for no reason”, Mother firmly told the two cubs. “Yes, Mother” answered the cubs unaware of the situation.

As the couple moved towards the noise, the noise became louder and louder. After a while, Father Bear came to halt. “What happened?’’ Mother asked “Are you OK?” “Humans! That is what’s happening!” Father replied. “Humans?” asked Mother with a trembling voice, “What are humans?”

“They are quite large animals, not bigger or stronger than us, but they always travel in big herds. They always carry strange things in their hands which hurt us” explained Father with concern. “When I was young” he continued, “they took my Father. They also chased my Mother but she managed to escape. When I grew up she explained what had had happened. We never saw my Father again and we never found out what happened to him. We were left alone in the cave until my Mother returned…alone. She told me later on, that she had to go with Father, because if they saw him alone then the humans would know that the Mother would have stayed with the cubs and then they would search for them. This way we were safe. That is why we have to be together. so they don’t think there are cubs around. They are safer this way.” “What is going to happen to us?” mother asked with a trembling voice. “What are they going to do to us? How can we save ourselves?”

https://lefkomelani.gr/product/mila-the-camel-paulie-the-polar-bear-children-books/ Two exciting adventures for children 7+. Two stories that shows the power that liesin the acceptance of ourselves, as they are. The power that is hidden in the help of a friend, the time you just need it. That will help our young friends gain knowledge –and havethe first images in their minds- about the wild environment, about the animals that live there, and their physiology. The peculiarities of each species, that allow them to be able to live and survive in there natural environment. A children’s book set that will reveal the power of love and compassion! The power of rebellion and responsibility! Of lightness and admonition! Of error and reparation! 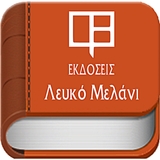