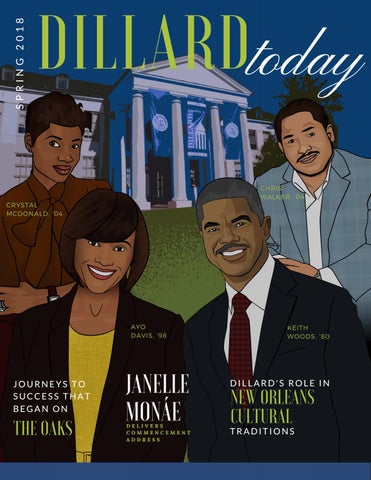 JOURNEYS TO SUCCESS THAT BEGAN ON

Since Hurricane Katrina, Dillard University’s Office of Community Relations has been staffed by only Nick Harris. His one partner has been the big, multifaceted community that is New Orleans.

The Other Mayor of New Orleans

“We were the only breath of life working in this area of Gentilly after Katrina,” said Harris, who has a kind, round bespectacled face, and often uses “we” even when he might deserve to say “I.” Either way, Harris' work has since transformed and revitalized Gentilly and the rest of the city. Harris' Office of Community Relations sits in a residential neighborhood on the edge of campus and, on the outside, looks like any Gentilly ranch home. Harris maximizes every room of his sizable office, giving his space up to any neighbor who needs it to better their lives.

In a far back conference room, the walls are lined with posters announcing the various programs that the Office of Community Relations—that is to say, Nick Harris—has dreamt up and brought to fruition: Health Fairs, Community Gardens, Housing Fairs, and his Churches in Unity project that brings various neighborhood churches together to stand as one. Harris clearly provides the connective tissue between a dynamic array of New Orleans communities.

“When I came in, ain’t nobody wanna go to no health fair. People just wanted to eat beans and rice and go to this little festival over here,” said Harris, talking and joking a mile a minute. “But I have brought in a lot of people and helped teach them how to take care of themselves.” Teaching people to take care of themselves is a theme that appears several times as Harris explains his various programs in rapid fire. “Bubbly” is how Registered Nurse Practice Consultant Adrian Gill (former assistant professor of Nursing at Dillard) describes her frequent collaborator, Harris. “He is always excited and always determined. He’s like, ‘We have to make this happen.’ He is about giving back and throwing a lifeline,” Gill said. Though Harris has often played the role of translator between community and government, he strives to leave government out of his projects, instead bringing together communities and private companies. “Anywhere there’s a possibility for us to be a part of it, any event where we’d be at all relevant, Nick puts us in,” said Gill in regards to Harris’ various community health initiatives. “The message we’re trying to cultivate around health and wellness is a prevention model, and his model matches with ours, of meeting people where they are. We both believe that when people have more information they can do better.”

“WHAT I DO HERE AT DILLARD IS NOT LIKE A JOB. IT’S MORE LIKE A MINISTRY.” - NICK HARRIS Safety and housing issues followed. Danny Kiper, a former student of Harris’s at Delgado, purchased a home near the University. Shortly after Katrina, Kiper became president of his neighborhood association, where he worked closely with Harris, who was then chair of the Community Advisory Board.

Nick Harris, center, at one of the many community activations that he's organized through the years.

Gill mentioned the garden project Harris spearheads in several New Orleans neighborhoods, as advertised on another conference room poster. Students from schools such as Langston Hughes Academy near Dillard come to learn all about fresh fruits and vegetables from the University’s Botany and Biology students, and grow their own produce in Gentilly’s food desert. “Something as simple as putting a seed in the ground and learning what that means...,” said Gill, adding, “You gotta start somewhere.” Harris started, in earnest, after Katrina. He’d taught at Delgado Community College for 12 years. “But after Katrina, I was just too busy to go back,” he said, explaining how he came to his current job (or jobs). Although not a New Orleans native, Louisiana is home. Harris attended high school in Shreveport. “’Where are you from?’ is a challenging question sometimes, still,” he chuckled. “I’m still gaining the significance of that question after living in New Orleans for some 40 years.” Harris attended college at Louisiana Tech and Southern University before moving to Delaware to work with Governor Pete DuPont. He relocated again to Washington, D.C., to work in city government, then finally made it back to Louisiana–this time to New Orleans–in 1981 to work under Mayor Ernest “Dutch” Morial.

In 1989, Harris joined Dillard as Assistant Vice President of Business Services. He was later the only employee of Dillard’s Risk Management department. “After Katrina,” Harris said. “University President, Dr. Marvalene Hughes, decided it was not enough to rebuild the University, and that we had to rebuild the Gentilly community.” They created Harris's current office because during the rebuild, he said, no one felt like a stakeholder in their neighborhoods, or that their voices would be heard. “The AfricanAmerican community, even with Black politicians in there, they felt they were on the recipient side, without having made any contribution.” Harris did things differently. “It wasn’t my intent to go out into the community to tell them what they needed, but to listen and find out what they wanted.” He calls this concept “Communiversity.” “It’s unlike a governmental process, where someone brings resources in without finding what your needs are,” Harris explained. When asked what it needed, the Gentilly community responded: “our health.” Dillard’s Health and Wellness Center–in partnership with Tulane University and EXCELth Inc.–started off at Progressive Baptist Church in Central City, but has since relocated to Dillard’s campus in a 15,000square-foot facility for staff, students and community residents.

Now Chairman of the third District Police Community Advisory Board, Kiper recalled how Harris brought together all the various board presidents and formed the Community Advisory Board to share best practices and compare notes on recovery. Kiper described how, after Katrina, Harris even organized flood protection tours for Gentilly neighbors and the Corps of Engineers. “Nick has always been at the forefront of bringing information to us and holding the city accountable for developments in the neighborhoods,” Kiper said. Harris went on to help residents buy and sell their homes during this turbulent time by hosting Housing Fairs, as detailed on yet another poster in Harris’s conference room. “He hosted Road Home fairs to help neighbors navigate the system when the rules were changing daily,” said Kiper. “He was there to remedy some of the shortcomings of that program. He also leveraged the University to procure HUD funding and other sponsorships.” After bringing together the various neighborhood groups in Gentilly, Harris went about connecting neighborhood churches to each other in new and useful ways via his Churches of Unity program. Harris gives credit to the University that encourages all this work, all these programs in all these communities. “Other colleges don’t have things like this," he proudly points out. “What I do here at Dillard is not like a job. It’s more like a ministry.”

But other colleges don’t have Nick Harris, either.

Help Another Dillard Student Walk Across The Oaks

"SAFE FUND MADE A HUGE DIFFERENCE IN

In 2013, President Dr. Walter M. Kimbrough created the Student Aid for Emergencies (SAFE) fund with the sole purpose of providing essential financial assistance to meet the needs of Dillard students who are at risk of not attending or graduating due to an unpaid balance. 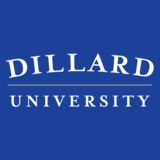 The Other Mayor of New Orleans | Dillard Today | Spring 2018

The Other Mayor of New Orleans | Dillard Today | Spring 2018