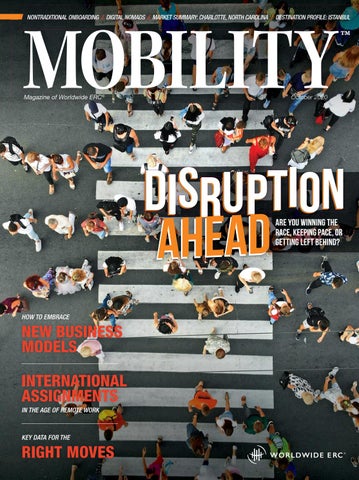 Ahead HOW TO EMBRACE

KEY DATA FOR THE

ARE YOU WINNING THE RACE, KEEPING PACE, OR GETTING LEFT BEHIND?

amed after the wife of British King George III and often called the Queen City, Charlotte, North Carolina, was founded in 1768 at the intersection of two Native American trade paths. Today those trails are honored by four majestic statues representing Commerce, Industry, Transportation, and The Future at the intersection of Trade and Tryon streets, which form the heart of Uptown and the U.S.’ second-largest financial district, behind New York City’s. Charlotte is a vivacious city, rich with public art, museums, performance centers, and five professional sports teams. Walkable neighborhoods nestled close to Uptown are readily accessible using the city’s public light rail system. These neighborhoods have transformed the area into a “millennial boomtown,” where young adults are flocking to an abundance of high-paying jobs. Charlotte is home to six Fortune 500 companies and 14 Fortune 1000 companies, which have contributed mightily to the city’s job growth, adding more than 32,000 jobs in the last two years alone. As the 15th-largest city in the country and the largest city in North Carolina, the Charlotte metropolitan area is home to 2.6 million people. Yet Charlotte is known for its low cost of living and high quality of life. It has been described as a big city with the warmth of a small town. Residents are friendly, diverse, creative, and inclusive. Charlotte is also known as a can-do city. One of the most philanthropic

cities in the nation with a government that has been described as efficacious, Charlotte is ready to tackle any problem and find solutions as a community. Charlotte Douglas International Airport is a major driver of economic expansion for the region. With more than 600 direct flights per day preCOVID-19—including many international destinations—and one of the lowest corporate tax rates in the nation, Charlotte continues to attract companies eager to experience the city’s excellent standard of living. Charlotte and North Carolina are supportive of large and small businesses alike. A wide variety of industries—not just financial firms—call Charlotte home: manufacturing, biotech, fintech, pharmaceutical, and energy firms, as well as a profusion of entrepreneurial startups and local retailers. Charlotte is also anchored by two major hospital systems, which continue to provide more than 100,000 jobs in the health care sector. Also known as the City of Trees, Charlotte is not far from the Catawba River and is surrounded by lakes in the Piedmont region of the state, just minutes from the South Carolina border. Sandwiched between the Blue Ridge Mountains and the beautiful beaches of the Carolina coastlines, Charlotte is the perfect place to live for those interested in owning vacation homes or taking weekend getaways or excursions. With four distinct seasons and a temperate climate, residents enjoy outdoor activities year-round.

MARKET AT A GLANCE ECONOMIC CLIMATE

Autumn brings Panthers tailgates, crisp air, and a colorfully captivating turning of the leaves. Winters are mild with only occasional snowfall, and spring sometimes arrives as early as February with pear trees and daffodils in full bloom, followed by the showy pinks and reds of azaleas. Summers in Charlotte are a gardener’s delight with fruits, vegetables, perennials, and annuals on full display. Numerous parks and greenways scattered across the city meet the needs of families with active lifestyles. Children’s museums, theme parks, the U.S. National Whitewater Center, and competitive youth sports leagues keep kids of all ages active and engaged all year long. Marathons, 5Ks, cycling events, concerts, and local food and beverage festivals keep the calendar full for adults, too. Charlotte is home to several institutions of higher learning, including Queens University, the University of North Carolina at Charlotte, and Davidson College, as well as a nationally recognized community college education system. Several graduate schools—namely UNC, Northeastern University–Charlotte, and Wake Forest University—offer MBA programs for the working professional. Johnson &amp; Wales University— known for its culinary arts program—has a campus in the Queen City, and its graduates have injected their talents into the local restaurant scene with dozens of exciting and unique new eateries. Additionally, local entrepreneurs have opened more than three dozen craft breweries around town in recent years. Rooftop bars with skyline views dot the city and allow patrons to enjoy their cocktails alfresco.

cornerstone prior to the economic downturn in 2008. After rebounding from the market crash over the last decade, Charlotte boasts an even more diversified economy than before, including powerhouse financial, manufacturing, health care, energy, aerospace, and pharmaceutical hubs. Its economic leaders have focused on diversity, from the workforce to the workplace, to create a stronger community and a better place for all to live, work, and play.

Real estate agents were deemed not essential from 26 March to 1 May, and real estate sales were down 50% over that time period. The good news is that as of 30 June, sales are back on track compared to the same period last year. Both sales and written contracts are very strong at press time, and we anticipate that, with low inventory and low interest rates, prices will remain stable or continue to increase slightly. With recent announcements, including that Centene Corporation will locate its East Coast headquarters in Charlotte, the outlook is incredibly positive. Charlotte’s still-thriving economy and potential for job growth should ensure that it continues to be a hotspot for young professionals and families who wish to live in an exciting metropolitan area, offering magnificent art, fine dining, a vibrant nightlife, and professional sports—all with an affordable cost of living. M Catharine Pappas is director of relocation and client services for Dickens Mitchener Residential Real Estate in Charlotte and a member of the board of the Relocation Directors Council (RDC). She can be reached at +1 704 602 4227 or cpappas@dickensmitchener.com.

Charlotte is the 15th largest city in the US and thriving despite the pandemic. Find out all you need to know about the history of the city and the outlook for 2021. 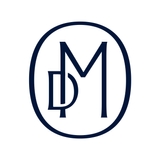