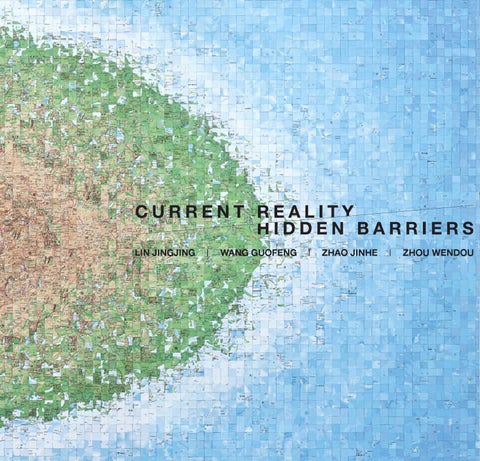 Lin Jingjing, Wang Guofeng, Zhou Wendou, Zhao Jinhe The exhibition focuses on our current state of existence as a society. Everyday we are faced with paradoxes, which are overlooked and simply accepted without thought for many times. There exists a drastic variation between how each human being experiences life and how they are directly affected by the world that we have created for ourselves. Political and social issues, environmental pollution, media, identity crisis, poverty, and extreme consumerism: these are complications that we face everyday. This group of Chinese artists is able to wisely discuss these concepts. Although they work in various mediums they have all individually been compelled to discuss these issues, asking the viewers to question them.

Lin Jingjing (b. 1970, China) is one of the most prominent female artists in China today. She works with personal experiences that deeply influence her but that are also a part of common culture and every day life, with a strong individual connotation. Lin’s art investigates people and relationships, their internal and external vulnerabilities, which she captures and transfers from social traditions into a very sophisticated art production. One specific characteristic of Lin’s artwork is that she finds images and modifies them with her own unique interpretation of the reality. Her specific technique is mixing pictures with embroidery, creating a spectacular effect with colorful threads and figures in each picture.

Wang Guofeng (b. 1970, China) integrates sociality with ideology. He has aroused great attention recently because of his large scale colored panorama photography work. The work reflects the mainstream cultural symbol impacted by the global socialist ideology of the 20th century - magnificent large scale political architecture as well as the continuous photography of the scenes of some large-scale political events of North Korea. He has shot the typical socialist architectures of Beijing, Moscow and Pyongyang successively, and analyzed the similarities and differences of this type of architectural system since 2004. His works objectively represent the modeled political persuasion similar to sculptures in terms of form, and concentrate and reflect the “Collective Unconsciousness” under the centralistic political system. He carries forth the “perfected” post processing toward the subjects and presents all the details and the symbolic codes of all the architecture through high-resolution images, enabling the audience to perceive the spiritual and political attribute hidden behind the solemn and imperatorial architectural style. Beyond the Image - - - The New Photography of Wang Guofeng, by Huang Du

Zhao Jinhe (b.1973, China) is a painter and a performance artist. His paintings are the imagery of unrealizable performances. As a Chinese born in the1970s, Zhao Jinhe has been living and growing up in a socialist country, during which he experienced many social and political issues, facing the drastic changes and the consequences in the Chinese society. In his artworks and performances, Zhao strongly questions the position of the individual in the society context. Indeed, to better express this concept he portrays himself in each painting, as a figure that represents a specific moment related to a specific social problematic. The figure is always wearing a pajama, which is worn by mental patients, to represent all patients in real life and in a diseased society, without faith and religion. This figure sometimes gets worried, sometimes frowns while thinking, and sometimes has a quirky smile. Moreover, Zhao created for each painting a dialogue between an Imaginary Doctor and an imaginary patient, who are discussing the specific social issue painted.

Zhou Wendou (b. 1970 China) is an eclectic conceptual artist, based in Beijing where the contemporary art scene is flourishing and vibrant. His art ranges over different mediums, like painting and sculpture, and often they are mixed together as prominent installations. Zhou Wendouâ&amp;#x20AC;&amp;#x2122;s artistic attitude is expressed by playing with his own audience, as his works are deeply conceptual and usually the viewer could misunderstand the initial meaning. In this way, the artistic production becomes entertainment, besides the conceptual sense behind it. He also likes to use unconventional materials and to seek unexplored fields, which make him able to reveal his distinctive artistic approach.

Lin Jingjing (b.1970), China Dress No.3 2009 Mixed media 160 x 130 cm “In my focus on Dresses, the “material” actually stems from my focus on the body. The body can be the subject of harm, or a self-contradiction, subjugation or an exchange. The absence of the “body” is a rebuttal to the idea of “sanctuary”. This “absence” refuses “fullness” and “completeness” in the usual sense. What I want to emphasize is the “hollowness” and “speechlessness” of women, their suspicion and disassembly of closeness. It is not an answer, it is a question, my questioning of the realistic logic of restlessness, sense of loss, perplexity and crisis in close relationships.” Lin Jingjing

Lin Jingjing (b.1970), China Lies 2012 18 Cups Installation “My Promise for Your Happiness” series is created in the method of paradox. “Promise” in the title forms a contrast with the isolation, block out, and impossibility. The title emphasizes the impossible “promise” to raise a question in a paradoxical way. According to Lin Jingjing’s introspective vision, understanding life is more real than culture and it transcends even history and politics. Her profound and meticulous observation of human behaviors let her understand the absurdity of life and that existence does not explain a meaning, but an infinite concept that could be seen as a dangerous defense, as she called in her previous series ‘Insecure Security’. “Things” have memory. Lin Jingjing has been obsessed with this memory ever since she painted the first of the Dress series. Its murky air can represent very personal memories, or the cultural memories of a generation. It can bring the sense of belonging to every ordinary moment, or it can bring out inexplicable terror. For a brilliant, radiant life, it is more like a cruel joke. One must know that life is very fragile, very easily damaged. Violence, imprisonment, even persistence can turn into the most dangerous and unseen form of injury.

Lin Jingjing (b.1970), China Nobody knows I was there, Nobody knows I was not there: CCTV News 2009 120 boxes mixed media installation “In news, there does not have to be any connection between one second and the next. It is in these absurd, seemingly unconnected moments that the world itself becomes connected. If a person’s life is understood through connecting with others, and if this only connection becomes exceedingly strange, then what kind of understanding will it result?” Lin Jingjing

Wang Guofeng (b.1967), China North Korea 2014- University Students at E-Library of Kim Chaek University of Technology 2014 Giclee Print Edition of 3 240 x 338 cm “As scheduled by the government, we took the assigned van to the Pyongyang No.1 High School, arriving on time at 3pm, April 10, 2014. A smiling middleage female teacher with the foreign affairs office of the school was already waiting for us at the main gate. She dressed in a green uniform with a portrait badge of the state leaders on the upper left of her chest. She led us to the lobby of the classroom building, up in front was a grand drawing that General Kim Il Sung surrounded by a number of children. The lady introduced the several visits that General Kim Il Sung paid to the school and the history of the school. At the same time, she asked us not to photograph the drawing... The elevator was out of order. We climbed up the ladders to the fifth floor carrying heavy photography equipment. We were led to a computer class for photography before we came to the physics class, where all the students were divided into small teams, each concentrating on their own experiments, nobody seems to be aware of our visiting. I did not come up with a good photography idea at my first sight. We went around the classroom and took pictures of the students from different angles. However, it is not my objective of passively following the documentary photography. I kept thinking until I finally came to the podium, there I found the perfect angle of picturing. I immediately requested the students, via translator, to suspend their experiment and look up to the camera. My initiative was instantly questioned by the accompanying teacher, “why?” She asked me to justify. l explained to them, “I would not want to make it just an ordinary documentary photograph, I hope to highlight the spirit of North Korean youth via their eyes and facial expression...” The request was finally permitted. We immediately set up the lighting and installed the equipment, slightly changed the seating of the students to ensure all are on the picture. Finally, after all these efforts, I clicked the shutter, captured the poetic moment of original science fantasy”. Wang Guofeng, 2014

Zhao Jinhe (b.1973), China Fire Stealer- Sea Sunflower 2014 Oil and print on canvas 110 x 80 cm As a Chinese born in the 1970s, Zhao Jinhe has been living and growing up in a socialist country, during which he experiences many social and political issues, facing the drastic changes and the consequences in the Chinese society. In his artworks and performances, Zhao strongly questions the position of the individual in the society context. Indeed, to better express this concept, he portrays himself in each painting as a figure that represents a specific moment related to a specific social problem. The figure always wears pajamas to represent all patients in real life and in a diseased society without faith and religion. This figure sometimes gets worried, sometimes frowns while thinking, and sometimes has a quirky smile. Moreover, Zhao created for each painting a dialogue between an imaginary Doctor and an imaginary patient, who are discussing the specific social issue painted.

Published on the occasion of de Sarthe Gallery exhibition: 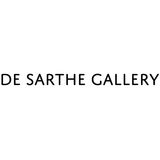