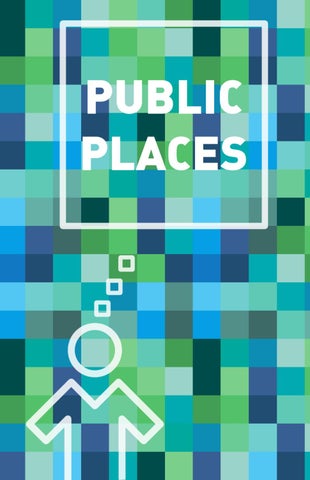 Over the last six months Department of Unusual Certainties (DoUC) has been travelling across Mississauga with a question asking device. We have been seeking insight into how citizens of Mississauga use the library system and public spaces in the city. One thing we learned is that more people in Mississauga use the Mississauga Library System (MLS) than don’t. In taking the time to ask them why they do not use the library system they cited reasons beyond our ability to overcome, like the pace of their life, or their family commitments. Another thing that we learned is the MLS does a very good job of meeting the needs of the individuals who do use it. Through this process we have developed an understanding of the role of the library as a defined place of collection and activity. DoUC is interested in the library as archive, its historic function, as well as the recent turn within community branches to the library as place. The archive, understood at the scale of the MLS, is the city’s attempt to make the entirety of human knowledge accessible to its citizens, with each citizen able to access the MLS’ resources in highly individualized ways. The movement towards library as place, comes from the understanding of the local branches role as a unique entry point into community life. PUBLIC PLACES is a project by DoUC for the Roots and Branches exhibition that incorporates the library’s functions as archive and place by facilitating new forms of knowledge exchange in the retail space. Using the pressing present-day issue of youth unemployment in Canada, various objects in the library’s collection that relate to the issue have been selected and brought together in new relational forms. The retail space transforms to become an alternative setting in which knowledge, opinion, and experience on a topical issue are shared through conversation. Through this DoUC hopes to further the idea that information as a collection is only a start. For a collection to be useful it must be accessible and create moments of reflection, contemplation and curiosity; and because the collection is public, these moments should be shared.

STEP 1 The system begins by defining an issue that is currently on the minds of Canadians - national issues discussed at a local level.

Political tensions Psychology of a generation

EXTRAPOLATING No issue is isolated. Instead it is a part of series of factors, which have for better or worse connected us and everything. The library and its contents can be used to help us better understand these factors and become a place where communities connect to share these findings together.

No issue is isolated. Instead it is a part of series of factors, which have for better or2.worse connected and everything. The STEP USE THE LIBRARIESus EXISTING ORGANIZATIONAL library and its contents can be used to help us better understand SYSTEM TO HELP CREATE A CONSTELLATION OF FACTORS THE ISSUE. these factorsAROUND and become a place where communities connect to share these findings together.

EXTRAPOLATING. USE THE LIBRARIES EXISTING ORGANIZATIONAL SYSTEM TO HELP CREATE A CONSTELLATION OF FACTORS AROUND THE ISSUE.

information is key inis order to create shared dialogues between public interest important STEP 3. USEnot THE only LIBRARIES’ MATERIALbut TO citizens and residents. Focusing this information becomes an A FOCUSED SELECTION AROUND essential.DEVELOP More importantly access to that additional service which the library offers and this creates a THE ISSUE. information is key in order to create shared dynamic of exchange rather than individual exploration.

dialogues between citizens and residents. this information an AFocusing SELECTION. USE THEbecomes LIBRARIES’ additional service which the A library offers MATERIAL TO DEVELOP FOCUSED and this creates a dynamic of exchange SELECTION AROUND THE ISSUE. rather than individual exploration.

STEP 3. USE THE LIBRARIES’ MATERIAL TO DEVELOP A FOCUSED SELECTION AROUND THE ISSUE.

Using the libraries’ retail space to display themultiplicity collection, objects are in a inway to reveal the of relationships and arranged complexity found a simple issue. where they create conversations with each other. Library users are invited continue to do what theyOF doTHE - borrow the objects. The DISPLAY. USERS LIBRARIES browsing of the objects the user begins to DEVELOP CURIOSITIES ANDby QUESTIONS reveal multiplicity of relationships and AROUND THEthe OBJECTS DISPLAYED. complexity found in a simple issue. STEP 4. USERS OF THE LIBRARIES DEVELOP CURIOSITIES AND QUESTIONS AROUND THE OBJECTS DISPLAYED.

Creating a space where knowledge is not just acquired but also shared represents a true shift of the library from a public space to a public place.

Creating a space where knowledge is not ay just acquired but also shared represents a ASSOCIATED h SHARE. CREATE true shiftAofSPACE the library from a public space SPACE WHERE USERS o WITH THE toRETAIL a public place.

THE RETAIL SPACE WHERE USERS CAN SHARE AND EXCHANGE THEIR CURIOSITIE AND QUESTIONS.

PUBLIC PLACES will be on display between March 7th - April 20th, 2013 at the Burnhamthorpe and Meadowvale Library Branches, as well as the Art Gallery of Mississauga. PUBLIC PLACES is part of the exhibition Roots and Branches.