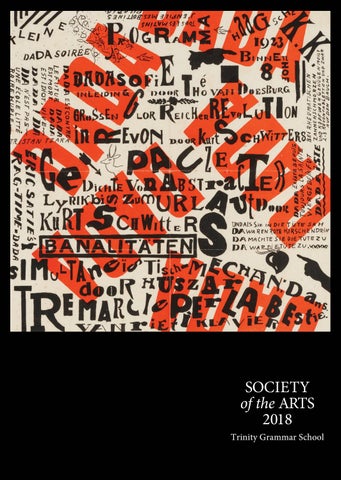 Tuesday 20 February, 7.30pm Delmar Gallery Bringing to the stage a wealth of repertoire and experience, four long-standing members of the Sydney Symphony Orchestra have come together to form Sydney’s newest chamber group, Ensemble Aspherical. Principal Harp of the SSO, Louise Johnson, and former Principal Flute, Janet Webb, are joined by sisters and peers Marina and Justine Marsden (violin and viola). Crafted especially for this intimate recital at Delmar Gallery, The

Last Rose of Summer is a program filled with melancholic beauty and shimmering elegance, the ethereal sounds of harp and complemented by the vibrancy and warmth of the strings. Not to be missed! PROGRAM Vivaldi – Concerto a 4 in F major RV100 The Last Rose of Summer arr. L. Johnson Debussy - Afternoon of a Faun (Prelude) Spohr – Potpourri on Themes from Mozart’s Magic Flute Sonata Op. 114 Reger – Serenade Op.141a in G (Vivace) Alwyn – Naiades (Fantasy Sonata) Piazzolla – Libertango

Tuesday 10 April, 7.30pm Delmar Gallery Praised by SMH critic John Shand for his “incandescent” playing and “glorious tone”, one of Australia’s foremost Gypsy-jazz musicians and composers will stop by Delmar Gallery to perform a selection from his acclaimed seven-year, three-CD homage to Django Reinhardt. Dedicated to Reinhart’s international legion of fans, Weltlinger’s original compositions and arrangements pay tribute to the enduring Gypsy Swing or ‘Manouche’ musical style which Reinhardt pioneered in the

1930s-1950s, and which continues to inspire countless musicians and audiences around the world today. Now based in Berlin, Weltlinger recorded the third CD Samoreau (2017) in Germany with members of Reinhardt’s family. For his Sydney appearance, he will be joined by a stellar line-up of local jazz talent. FEATURING Daniel Weltlinger – violin Aaron Flower – guitar Cameron Jones – guitar Stan Valacos – bass

Thursday 10 May, 7.30pm Delmar Gallery Charismatic and multi-talented, Lamine Sonko is a brilliant dancer, singer, percussionist and guitarist. He was born in Senegal into a highly respected family of griots or keepers of traditional culture, with his father the director of the National Ballet and his mother a lead dancer.

In 2012 he founded his most successful project to date: Lamine Sonko & The African Intelligence, a 10 piece band that delivers a rhythmic collision of African roots music, jazz, funk, and reggae. Their debut album AFRO EMPIRE was released in 2017.

After moving to Melbourne in 2004, Sonko established himself as Australiaâ&#x20AC;&#x2122;s leading Afro-beat lyricist, fronting The Public Opinion Afro Orchestra and collaborating with various artists including Grammy Award winner Wouter Kellerman.

For this intimate concert, he will be performing in a duo format, blending traditional African rhythms and melodies with the contemporary sound of acoustic guitar, telling stories of ancient lands and cross-cultural journeys.

Tuesday 31 July, 7.30pm Delmar Gallery the intimacy and strangeness of these inexplicable rituals was spell-binding —ARTS HUB Birdsong and the weird and wonderful squeaks, croaks and creaks of the Australian bush are the inspiration for this special concert by Ensemble Offspring. Sydney’s champions of adventurous new music will be performing in a trio presentation of flute (Lamorna Nightingale), clarinet (Jason Noble) and percussion (Claire Edwardes). It’s a program which shines the spotlight on female composers as well as the newest of the new living

Tuesday 23 October, 7.30pm Orchestra Room, Roderick West School of Music Young jazz-improvisation band, the Grey Wing Trio, has been making waves for its distinctly melodic, rapturous sound and adventurous performing. With a debt to classical music traditions as much as to jazz, their style is epic and sweeping. The band’s dynamic improvising plays off compositions to explore alternate forms and endings, discovering in-the-moment colours, textures and complexity. Unusually for a jazz piano trio where bass is commonly included,

Trinity Grammar Schoolâ&#x20AC;&#x2122;s Society of the Arts has been presenting cultural events in Sydneyâ&#x20AC;&#x2122;s inner west since 1951, hosting such major international acts as the Amadeus Quartet, the Hilliard Ensemble, the Takacs Quartet and more. Be part of this continuing tradition and subscribe in 2018! Annual subscription includes admission to all concerts and events presented by the Society of the Arts and invitations to official exhibition openings throughout the year at Delmar Gallery.

Society of the Arts 2018 - Concerts & Exhibitions

Society of the Arts 2018 - Concerts & Exhibitions