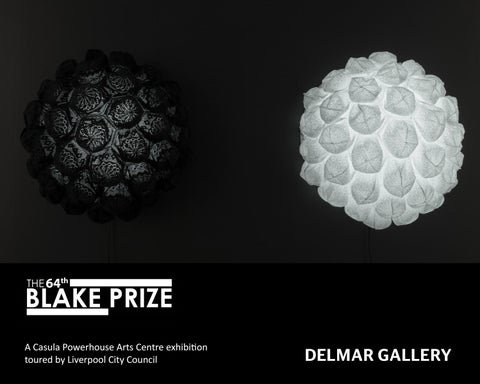 It is not simply an esteemed history that has maintained the relevance of the Blake Prize. In the last ten years the Prize has seen a resurgent interest in its subject matter of religion, spirituality and human justice. Considered to be among the top art prizes in Australia, it is a showcase for creative ideas and innovative artists. One of the clear reasons for this renewed public profile has been the shift in the manner in which art engages everyday life. Art is no longer about beautiful objects of the education of taste. It is much more about the big ideas of ethics, politics and social relevance. The conversation that buzzes around the Blake Prize is not about religious figures from the past, current mass movements of peoples as a result of war, as well as the future of the environment amid climate change. In 1951, the first Blake Prize exhibition presented a very different world. Following the Second World War, the suburbs were being built and the newly formed Blake Committee hoped artists would provide an Australian version of the abiding symbols that had got them through the war. It was a time of new confidence in the possibilities of the future and religious images in Australian colours were needed to populate the horizon of prayer and prosperity. Arthur Boyd, Kevin Connor, Donald Friend, Elaine Haxton and the winner, Justin Oâ&#x20AC;&#x2122;Brien provided new ways of seeing this tradition and the Blake became an annual exhibition. Within a few short years the Blake became a place for controversy as the tensions became apparent between familiar religious symbols and the search for innovation and relevance.

Through its more than sixty years of history, the Blake Prize has echoed the changing nature of the search for meaning found in art making. This history reflects the way artists have understood their role as both reflectors of values and challengers of the status quo. In some sense it was the genius of the Blake Committee and the later Blake Society to choose not to define what was understood by â&#x20AC;&#x2DC;religious artâ&#x20AC;&#x2122;. Despite ongoing pressure to introduce such definitions, this openness has enabled the Blake to grow and change alongside the differing ways in which spirituality has been understood. What matters most within this search is the question of what it means to be human, a question that is always under scrutiny and formation in contemporary society. The Blake Prize provides an opportunity to visualise the more speculative questions around human experience and the horizon of hope. The Blake invites viewers to engage in a conversation about how to negotiate difference, how to learn from others who hold differing traditions, and how to create a dialogue that builds towards the common good. This is a conversation that values the social role of the artist as an imaginer of possibilities, a conjurer of hope, and a dismantler of idols. This makes the Blake Prize an exhibition of contemporary art that is consistently engaging, sometimes prickly, but always relevant to the big debates and questions of the culture we inhabit. Rev. Rod Pattenden Ex President of the Blake Society

One of Australia’s longest-running and prestigious art prizes returns to Delmar Gallery as part of its 2017 national tour. Now a biennial e...

One of Australia’s longest-running and prestigious art prizes returns to Delmar Gallery as part of its 2017 national tour. Now a biennial e...