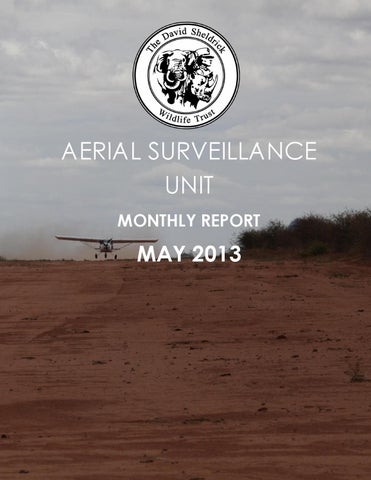 15 days were spent carrying out aerial patrols across the northern area of TENP, the Tsavo Triangle, and the ranches, with one day spent in TWNP.

The focus this month was again on the Northern Area around Ithumba due to the prevalence of shooting blinds and shooting platforms around waterholes. Focus was also given along the Tiva River. The Tsavo Triangle was patrolled a number of times as shooting blinds were also appearing around waterholes where elephant have been widely dispersed. The main threat was again shooting blinds and shooting platforms targeting elephants around the waterholes. The area around the Ithumba orphans has been heavily patrolled on the ground and in the air this month to ensure that there are no threats to the young elephants as they are introduced back to the wild. The orphans range about 6km from their stockades, and although closely guarded they are always prone to a poachers arrow.

An elephant carcass was sighted in the area of the shooting blinds, presumed killed by an arrow from a blind. A second elephant was shot on the Tiva River and the tusks removed. Neither case led to any arrests. Time was spent mapping the invasive species of cactus (Opuntia stricta) taking over the Buchuma area of TENP. The cactus has come into thepark from the bordering land and is being spread further into the park by elephants which eat it. Various methods of control are being debated as the cactus poses a serious problemfor the future. More information about the DSWTâ&#x20AC;&#x2122;s Anti-Poaching program and each teamâ&#x20AC;&#x2122;s monthly report can be found here

Other notable wildlife sightings have included a group of 19 kudu on the Tiva River, an elephant with half a trunk, and a herd of over 500 eland. The ground teams have been active throughout the month and have arrested a number of poachers as well as lifted many snares. Seven of the de-snaring team members graduated from KWS Manyani Training Academy. Six teams are now made up of fully trained Manyani graduates. Following a weel earned two weeks off they will be redeployed across the TCA in June. 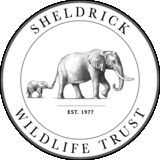 Activities in the air over the TCA during May 2013

Activities in the air over the TCA during May 2013