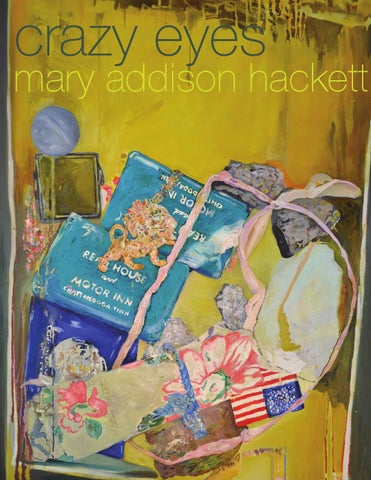 &quot;Well, that one in the center: he had a flap holster and he was in no itchin&#39; hurry. And the one second from the left: he had scared eyes, he wasn&#39;t gonna do nuthin&#39;. But that one on the far left: he had crazy eyes. Figured him to make the first move.&quot; Josey Wales, from The Outlaw Josey Wales (1976)

crazy eyes In her first solo exhibition at David Lusk Gallery, Nashville-based painter Mary Addison Hackett boldly revisits a long-revered and time-tested genre: the still life. For Hackett, the things around her are all potential subject matter. From antique chairs to shrubs to flashlights, the scenes and objects depicted in her paintings are directly culled from her day-to-day life. Painted from direct observation, the quotidian glimpses into Hackett’s material world toss narrative and symbolism aside in favor of an exploration of the intense relationship between an artist and her subject matter. The paintings presented in Crazy Eyes are, perhaps more than anything else, rooted in the act of seeing itself. We see in many different ways--from a glance to a glare--and our focus is inevitably fractured as we make our way through a day, a week, a year. Visually, we take in a portion of our surroundings, but much gets looked over, left out, forgotten. Hackett’s paintings recalibrate the senses and redirect our attention to the details of that that surrounds us -- the shadows on our wall; the objects on our table; the trees outside our window. The relationship needed to complete a still life painting is a welcome challenge for Hackett. “I have to maintain with that object for the duration of the painting,” she says. The light shifts over the hours and days. Her own body positioning changes dramatically while creating the painting. “It gets very intense visually.” Holding true to her distinctly textured and painterly style, Crazy Eyes starts in the interior and ends in the exterior. The paintings gradually shift from objects in-situ around her studio and home to nature and views of the outdoors made during recent camping trips. Additionally, the body of work, which she began in the fall of last year, cycles through the four seasons. In this series, viewers embark on a visual pilgrimage of sorts -- travelling through, and circling back around within a particular time and place that somehow manages to continuously transcend its own specificity. In paintings like Cobalt and Studio Window, a hint of surrealism adds a layer of mystery to the scenes, transforming the painting from a simple still life to something more mystical, more interesting. Passages of altered perspective become insistent, tangled and murky suggestions of sight and memory. In other works, like Hotel Soap and Garage Studio, Hackett’s painting process seems to find connections between things that have, over time, become separated. In each display of objects, with much searching, and intense seeing, she is able to unearth certain human secrets. Crazy Eyes speaks to Hackett’s unique vision—a vision marked by a distinct atmospheric element that is, at times, difficult to pinpoint, yet unmistakably present in all of her work. Her subject matter is siphoned through a visual filter all her own -- one that anoints the overlooked and promotes it to a distinguished realm of visual intrigue. Sara Estes David Lusk Gallery Nashville

David Lusk Gallery exhibits and sells art created by a talented group of artists – living in the Midsouth and beyond. The artwork at DLG defines the creative spirit, diversity and excitement of our region. DLG originally opened its doors in 1995 in Memphis with a commitment to exhibiting art that is well crafted, always intriguing, sometimes meditative and frequently thought provoking. DLG’s unique program and vision have made it a recognized destination for what is current and important in art of the Southeastern US. The Gallery is located in the heart of East Memphis, at Laurelwood. In early 2014 the Gallery opened an outpost in Nashville in the happening Wedgewood/Houston Neighborhood.” 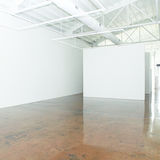