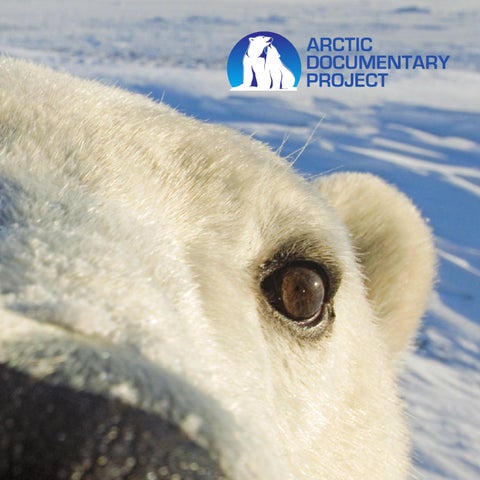 Global warming and climate change are happening faster in the Arctic than any other place on the planet. How does this affect me, you ask? Documenting the changes taking place in the Arctic is an essential step to help people understand that global warming is real and is happening now—and will eventually affect life as we know it around the globe.   The Arctic Documentary Project focuses on the region above the 58th parallel, a place undergoing a rapid transformation beyond most people’s ability to imagine. Nowhere else can the dramatic effects of a warming environment be so easily seen.

Planning for the Future While Preserving the Past To understand the future we need to comprehend the past. The Arctic Documentary Project (ADP) intends to capture in words, pictures and moving images what we see in the Arctic today. Our goal in producing these multimedia materials is not just to preserve the images for posterity, but to inspire action.   The ADP is a joint effort between photographer Daniel J. Cox of Natural Exposures and Polar Bears International (PBI), a 501(c)(3) nonprofit dedicated to preserving polar bears and their habitat. In addition to documenting animals and their ecosystems, the ADP will produce media on some of the world’s leading arctic scientists as they conduct fieldwork.

Charitable Giving Targeted Distribution For this project to succeed, it’s important that the avenues of distribution will ensure the public the opportunity to experience the multimedia materials to inspire action. To achieve this, the ADP is working under the umbrella of PBI. This allows for both taxdeductible charitable giving and access to over 40 of North America’s largest and most successful zoos and aquariums, giving us the ability to reach millions of people. Many of these facilities have been working with PBI as part of the organization’s Arctic Ambassador Center network. These public venues highlight the materials we produce as part of their public outreach. PBI’s partner Association of Zoos &amp; Aquariums (AZA) has documented

that over 175 million people visit their facilities each year. All multimedia materials produced for the ADP will become part of PBI’s Multimedia Library and provided to the 40+ Arctic Ambassador Centers at no cost. As an example of how effective this outreach is, in 2011, the Columbus Zoo’s Polar Frontier exhibit earned the AZA’s Top Exhibit Award. This exhibit prominently features over 150 photographs donated through the ADP and PBI Media Library. In addition to Arctic Ambassador Center zoos, all scientists documented by the ADP will have access to these resources at no charge, ensuring that they have quality multimedia materials to support their science and ultimately their message.

Life in the Arctic

Mother polar bear loses one of her cubs in 1996

The PBI Multimedia Library began with the donated still images of Dr. Dan Guravich, a professional photographer and PBI’s founder. His legacy lives on through his passion for the Arctic evident in the still photography he began shooting in the 1950s. His visual record of the North is now the main foundation of the ADP. All of Dr. Guravich’s images, along with new materials produced by the ADP, will be available free of charge to anyone interested in the Arctic if they qualify for PBI’s nonprofit media program.

Daniel J. Cox, the director of ADP has dedicated his life to documenting nature and conservation much as Dan Guravich did. As a professional photographer and journalist, Daniel has a 30-year resume documenting the natural world and bringing these stories to such prestigious publications as: National Geographic Magazine National Wildlife Federation BBC Audubon Sierra Club The Journal Nature Time Additionally, speaking engagements for the ADP have put him in front of audiences for: Nikon Hewlett Packard Apple

Daniel speaking at Photokina 2006 for PBI

Danielâ&amp;#x20AC;&amp;#x2122;s first experience in the Arctic was with Dr. Guravich in 1987. In 2004 he was invited to join the PBI Advisory Council and has been dedicating 50% of his time volunteering for PBI ever since. His work with PBI includes the first ever icebreaker expedition to study polar bears deep within the arctic ice pack of the Beaufort and Chukchi Seas. His other projects for PBI includes yearly documentation of PBIâ&amp;#x20AC;&amp;#x2122;s educational programs and outreach such as: Churchill Leadership Camps Arctic Ambassador Centers Tundra Connections

Become Involved Help support the ADP, whose inspiration is founded on the likes of the Farm Securities Administrationâ&amp;#x20AC;&amp;#x2122;s documentation of the Great Depression, Dust Bowl Days, and other civil issues of the early to mid 1900s. Back then, the government hired photographers and filmmakers to document these important times in human history. Today we must rely on ourselves. Become a part of the solution as well as history by donating to Polar Bears International&#39;s Arctic Documentary Project.

Preserving the Arctic for future generations 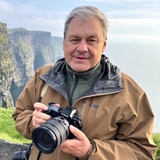