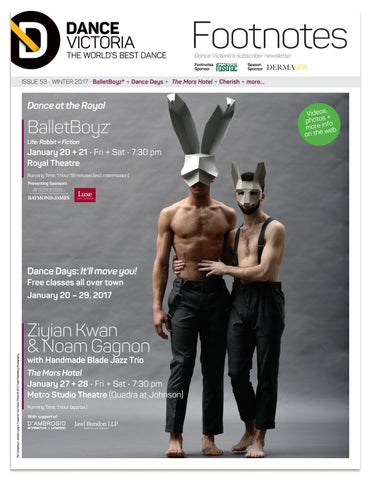 Dance at the Royal

Dance Seen Dancing in the Dark BY STEPHEN WHITE

“THIS IS STEPHEN WHITE FROM DANCE VICTORIA. Stephen programs dancey dance,” says a colleague, as she introduces me to two friendly dance agents from South Korea. It is the third day of ICE HOT Nordic Dance Platform in Copenhagen. I came to promote our Chrystal Dance Prize. I had very productive, exciting meetings with potential Finnish, Danish and Swedish partners to let them know about the opportunity to work with Canadian artists. I’ve pressed brochures into strangers’ hands and strategically placed them on tables at dance venues. There are 300+ dance programmers from 42 countries in attendance, but I feel like a minority in this crowd. When I look across the lobby, I don’t see a lot of me around. The group seems to be mostly 30 something. The muted colours of their woven scarves, casually draped over their shoulders, reflect in their designer eyewear. An uber-precious conversation I overhear on a shuttle bus between a big-venue programmer from Singapore and his British equivalent makes me say, “This is a weird business we’re in” to my seatmate. And when I ask people how well contemporary dance is attended in their cities, they shrug and say “We’re working on it” or “It draws a young crowd.” One Finnish programmer declares, “Dance doesn’t bring a big crowd. Theatre is big in Finland. Bigger than hockey, and hockey is our national sport!” The 60’s ushered in a style of conceptual dance that, more than 50 years later, still holds fast in the art houses of Europe. Non-dancey dance, if you will. Theatres are "These artists aren't platforms to shock. These artists aren’t pushing the pushing the envelope; envelope; they’re shredding it! The idea that dance might they're shredding it!" aspire to beauty, and that an audience might celebrate a dancer’s technique, is so passé it’s laughable. I find myself apologizing for the success of Dance Victoria’s programming while at one performance from Iceland. I sit for 50 minutes with my fingers in my ears because the music is so overwhelming loud, my body is vibrating. In another I watch two women, one clothed, one naked, drool as they crawl across the stage at a pace that makes Butoh dance look like the quick step. But there is beauty too. It’s abundant in the dark wintry streets of Copenhagen. I grow fonder of this city every time I visit. And there was one bright light: a performer in a compelling solo that I hope to bring to Victoria. Fingers crossed that my (few remaining) dancey-dance colleagues in North America will help me get the piece across the pond. FN

Now in its 20th Season, Dance Victoria, a non-profit charitable society, brings the World’s Best Dance to the Royal Theatre and supports the development of new dance for the international stage from its studios in Quadra Village. DanceVictoria.com

BalletBoyz® Join us in the lobby from 6:50-7:15 pm for a chat with Victoria-based writer, editor and long-time dance fan, Robin J. Miller. Robin loves to talk about dance without becoming pretentious and losing her connection to the audience. Plus she’s pretty funny. The discussion will include the evening’s works and audience members will have the opportunity to ask questions.

Although Night Moves memberships (for 30 – 45 year olds) are sold out, a limited number of single tickets to each of our remaining shows are still available. Your discounted ticket to a Dance Victoria presentation not only gets you into a show but also provides admission to an exclusive catered Night Moves after party that includes a DJ, specialty cocktails and the dancers you just saw performing on stage! DanceVictoria.com

Successful Fall Season More than 7,000 people came through the doors of the Royal for our two shows: Jessica Lang Dance and Royal Winnipeg Ballet’s Nutcracker. Dance Victoria has also welcomed a number of new sponsors this season who continue to help us make meaningful connections in our community.

Pay Your Age Sponsored by

Please send my receipt to:

Please accept my donation of:

Please recognize my/our name in the house program as:

How to donate: Thank Mail: Return this form with a cheque to: you! Dance Victoria Society 111 – 2750 Quadra Street, Victoria, BC V8T 4E8 Phone: 250-595-1829 with your credit card in hand Online: Donate over our secure page at DanceVictoria.com

FREE CLASSES Two left feet? Can’t feel the beat? No problem! Dance Days has beginner classes too. Try a new dance style, experience dance performances before anyone else, and engage in conversations at behind-the-scenes events. Be moved by local studios and dance artists. We hope that you try something completely new! Visit DanceVictoria.com for the most upto-minute schedule and pick up the Dance Days guide at any Serious Coffee location on south Vancouver Island.

Facebook Live - Victoria Academy of Ballet in Rehearsal www.facebook.com/VABALLET/ January 20 • 9:30am – 10:30am & 11:00am - 12:00pm Watch the rehearsal live with new works by Alysa Pires, KerryLynn Turner & re-staging of classical repertoire.

Join us for our 7th annual event in celebration of Dance Days! Special in-store prices and prizes.

A demo performance & open rehearsal featuring excerpts from The Firebird.

It’ll move you! We’ve chosen the tagline, It’ll move you, because the variety of classes and performances are guaranteed to move you – physically and emotionally. We’re excited about the 10-day event and look forward to seeing you moving all around town and in our studios!

Things change. Be sure to check dancevictoria.com/dancedays before you head out the door for a class or event.

During Dance Days, Dance Victoria throws open the doors of its studios and invites you to experience the west coast’s most exciting and innovative dance artists up close and personal. FREE and informal, performed under work lights and without costume or makeup, you’ll join a group of visiting dance presenters from across the country, and participate in a meaningful discussion with the artists. Showings: Friday, January 27 and Saturday, January 28, 2017. Because of the limited capacity of these events, participants are asked to register in advance for each show. RSVP instructions are shown under the description of each work.

A Corpo Libero Italian dance-theatre artist in demand for her physically demanding, comic work at festivals across Europe. Gribaudi will premiere a new work with Cheyenne entitled Empty Swimming Pool at Vancouver’s Dance Centre in February 2017.

Altar’d Fletcher is a Ballet BC dancer beginning to create new work. Altar’d premiered in Vancouver in the summer of 2016.

The Dream Cab Salez is a local flamenco fusion artist who is developing material that will be featured in a second Dream Cab to be staged at the Metro Studio Theatre in February 2017.

The Biting School Contemporary dance theatre by Vancouverbased, Iranian-Canadian brothers whose provocative work, The Righteous Floater, was presented at the Metro Studio during Dance Days 2014. Their new work in development is based on Jean Genet’s The Maids. RSVP@dancevictoria.com “Biting” in subject line.

VICTORIA BONUS: The band will play a full 20-minute set before the 40-minute dance performance of The Mars Hotel. “unapologetically promiscuous, polymorphous and perverse…. a slow accretion of episodes that are consistently off-kilter, that keep us off-balance and throw us off-course.” – Peter Dickinson, Performance, Place & Politics WITH THE SUPPORT OF

In 2015, the accomplished dance artist, Ziyian Kwan, was commissioned to create a dance work using PW Brightman’s flash fiction, The Mars Hotel, as the inspiration. She pulled together Vancouver’s top musicians (cellist Peggy Lee, trumpeter JP Morgan and guitarist Aram Bjakiam) and her old friend Noam Gagnon. Remarkably, despite long and distinguished international careers, Kwan and Gagnon had never danced together. The result is pure magic. A funny, touching and thoughtful portrayal of romantic love performed to an original score played live.

Spring Raffle Proceeds from our raffle support many community projects that take place in our studios. Tickets are now on sale and will be available at all Dance Victoria presentations this season or you can call 250-595-1829 to order by phone. The amazing prizes include:

2017 Chrystal Dance Prize Winners In mid-December, the Dance Victoria Awards Committee convened to review project proposals submitted by independent dance artists. Out of the strong submissions, the committee selected two projects to support. Meredith Kalaman, a 2015 Chrystal Dance Prize (CDP) winner, received $16,000 to bring Femmes Fatales to the stage in Greater Vancouver and Berlin. She will be reunited with her team of two dancers and Berlin’s Gabi Beier in Spring 2017. The show will premiere at the Shadboldt Theatre in Burnaby and travel to the ada studio Berlin in August. Vancouver dance artist, Arash Khakpour, will work on a new duet with Swedish dance artist Emmalena Fredrickson in Victoria, Vancouver and Sweden. CDP is awarding close to $20,000 for this project. Khakpour was featured with his brother Aryo in Righteous Floater during Dance Days 2015. The Khakpours will also perform at Dance Days’ Rough Cuts on Saturday, January 28, 2017.

Annual General Meeting Sunday, January 15, 2017 • 7:00 pm Dance Victoria Studios (Milne Studio) 2750 Quadra Street Join us as we celebrate a successful year and discuss our future plans. If you have donated $100 or more to the Society since July 1, 2015, you are a member in good standing. If you’re unsure of your status, call us at 250-595-1829 or email info@dancevictoria.com. Memberships will be available at the meeting. The meeting will be followed by a reception. RSVP@dancevictoria.com

ONE NIGHT ONLY • Limited seating Phone 250-595-1829 or visit DanceVictoria.com Tickets: $75 • A charitable tax receipt will be provided for a portion of the ticket price. Dance Victoria has teamed up with esteemed ballroom instructor, Wanda Kivitt, the Victoria Ballroom Dance Society and The Millies to create an exceptional, glamorous evening in celebration of Dance Victoria’s 20th Anniversary Season! Quickstep over to Dance Victoria Studios for a celebratory cocktail to kick off the evening while enjoying the luscious redvelvet-layer-cake harmonies of The Millies. Shimmy and shuffle through an array of tempting silent auction items. Sip and sample scrumptious delicacies from Charelli’s Cheese Shop and Delicatessen. And experience an evening of Ballroom Blitz and Bling with Victoria’s most talented ballroom and Latin dancers. Charitable Registration Number: 87377 5522 RRR001

Dance Victoria Loses a Good Friend Dance Victoria lost a long time supporter and good friend, Betty Wilkinson, in November 2016. Just a few years ago, Wilkinson financed a renovation at our studios to house the growing South Vancouver Island Dance Archives. Her support for Dance Victoria stretched back to its beginnings. In 1995, Douglas Durand approached her and Vivian Love with his plan to start a dance series in Victoria. Both women lent their support and encouraged others at the Greater Victoria Danceworks Society to jump in as well. Betty was also a long time friend to Stephen White as they both worked at Kaleidoscope Theatre in the mid 1980s. White remembers Betty as always being impeccably turned, distinguished by her distinctive silver hair. She was enthusiastic about dance and theatre, chipping in as a volunteer organizer. In the early 1950s, Betty and her husband Peter, emigrated from Britain to Toronto where they were shocked at the conditions on the streets. “It was a real provincial backwater,” Betty told White. Boardwalks instead of paved sidewalks, slush and muck as she described it, far from the cultured life of London. She saw a notice at a church that the newly formed National Ballet of Canada was looking for volunteers. Soon she was mending costumes, delivering flyers and typing reports. Betty built an impressive resume at a large Calgary based oil firm before returning to the arts in Victoria. Her acumen, organizational skills and strong personality touched so many people. She will be missed.

Dance at the Royal Subscribers can buy additional tickets to Dance Victoria any time of the year and save 20%. DanceVictoria.com 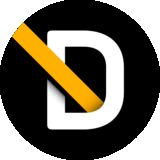