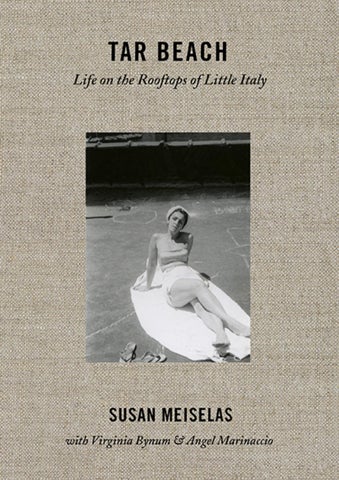 TAR BEACH Life on the Rooftops of Little Italy

SUSAN MEISELAS I have lived on the same block in Little Italy since 1974. My own

photographs of this community were made on the street or from

my windows. I never even imagined what had been happening on the rooftops surrounding me.

In 2015, when the Basilica of St. Patrick’s Old Cathedral celebrated its 200th anniversary, a few of us came together to create the

Mott Street Memory project. We met at the Cafe’tal Social Club to consider a community response to welcome visitors by giving them a glimpse of the lives that had shaped this neighborhood.

around the church. Out from the mix of images appeared a place my neighbors called ‘tar beach.’ The candid yet formal quality of those few images inspired a search to discover what more could

be found. Since then, Virginia Bynum and Angel Marinaccio have joined me to bring together pictures, along with the stories they have shared over multiple generations.

In Tar Beach the photographer is invisible. Families and friends

face the camera with trust, expressing the pleasure of presenting themselves to be seen. These photographs are now fragile

objects. Their torn edges reveal the hands that have held and kept them to pass on—each encounter a moment captured, celebrated here. 4

the New York of today, in every conceivable way, as Earth is from Jupiter. My old neighborhood on the Lower East Side is now a fashionable destination filled with high-end shops

and restaurants, and our old apartment probably rents for an astronomical sum. And what was once Little Italy is now a few blocks of restaurants, shops and cafes, through which tour groups are led.

Because we saw heaven.

There were songs about it. The most famous was “Up On the Roof,” written by Carole King and Gerry Goffin and sung by

the Drifters. And there was the last Supremes song, “Up the

Ladder to the Roof.” And the roof was in movies. Elia Kazan’s On the Waterfront was set in Hoboken but it was a true New York

movie, and the most tender and romantic scene in the picture takes place on the roof.

went to sunbathe and hang their clothes in the summer. It was where romances happened. There were even weddings on the roof. I tried to recreate one of them in the home movie section of

Raging Bull, and the roof is there in Mean Streets and in my first feature, Who’s That Knocking At My Door?

The roof was our escape hatch and it was our sanctuary. The endless crowds, the filth and the grime, the constant noise, the chaos, the

claustrophobia, the non-stop motion of everything . . . you would walk up that flight of stairs, open the door, and you were above it all. You could breathe. You could dream. You could be.

The photos in this book reflect a basic need—literally, to rise above the life around you and find refuge, and peace.

Houston to Canal Street, and the Bowery to Lafayette Street made up Little Italy. All Sicilians lived on Elizabeth Street, and on Mott Street there was a mix of Neapolitan, Calabrese, and Sicilian. Mulberry Street also the same sort of mix, all living together with their own traditions and great food. Back then, everyone knew each other; we were a real community. â&#x20AC;&#x201D;ANGEL MARINACCIO

No one remembers who the person in the family was with the cameraâ&#x20AC;&#x201D;and there is no one left to ask. When I was 13, I got a Brownie camera for Christmas. It took forever to fill up the roll of film, so it was a long time before I saw my photos. I envied those people in the neighborhood who could afford a Polaroid camera. They saw their pictures instantly. â&#x20AC;&#x201D;VIRGINIA BYNUM 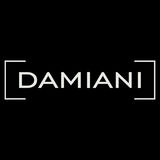