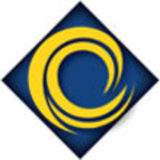 Cypress College has motivated the minds of students since 1966. For nearly a half-million people — including actors, athletes, doctors, executives, mechanics, nurses and teachers — Cypress College has been a springboard to their dreams. For some, Cypress College is the ticket into their university of choice and for others it provides essential training for a rewarding career. Just one Cypress College class is often all it takes to provide cutting-edge skills that lead to a promotion or a new job.

Located at 9200 Valley View Street in Cypress, the college is easily accessible from several Southern California freeways, including the 5, 91, 605, 22 and 405. The campus is just a stone's-throw from Downtown Disney and Knott's Berry Farm.