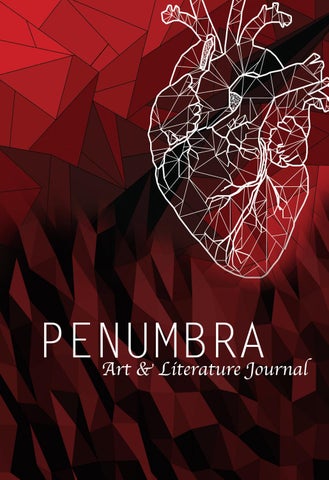 Matt Hemmerich is a writer and poet based in Oakland, CA. His work has appeared in Berkeley Poetry Review, Quiet Lightning, and Driftwood Press. On the weekends, he drums in a band called Phosphene. Alex Hughes lives and works in L.A. He splits his time between his training in clinical psychology and his literary pursuits. Sometimes, however, he does absolutely nothing, and he enjoys that time the most. His poetry has recently appeared in Thin Air, New Plains Review, Firewords Quarterly, and elsewhere. Marc Janssen is busy: he organizes the Salem Poetry Project, a weekly poetry series; he has been published in periodicals like The Rio Grande Review, Off the Coast, Cirque Journal, and The Ottawa Arts Review; in anthologies like Manifest West; and even in the Liars League PDX. There are still more irons in the fire. Kelley Lewis is an undergraduate at Ohio Northern University where she is studying literature and creative writing. When she’s not binging on Bates Motel, she works as the Promotional Director for Polaris Literary Magazine. Her work was featured in the 2016 issue of Polaris. Kasy Long is a senior and creative writing major at Ohio Northern University. Her work has appeared or is forthcoming in The Sigma Tau Delta Rectangle, The Sucarnochee Review, Glass Mountain, The RavensPerch, and Polaris Literary Magazine. After graduation, she hopes to work in communications for a thriving cultural museum. Nicholas Manzolillo is a Rhode Island native who finds himself living in Manhattan. He is currently earning an MFA in Creative and Professional Writing from Western Connecticut State University. His work has previously appeared in publications such as Thuglit and The New England Horror Writers Presents: Wicked Witches. Hoping to start his career off strong and not limiting himself to one subject matter or art form, Nieko McDaniel is a fine artist who explores different avenues to reach audiences’ hearts and minds so that they will think complexly and reflect on the day-to-day world. Joan McNerney’s poetry has been included in numerous literary magazines, such as Seven Circle Press, Dinner with the Muse, Moonlight Dreamers of Yellow Haze, Blueline, and Halcyon Days. Her latest title is Having Lunch with the Sky, and she has four Best of the Net nominations. Tatiana Olivera is a writer, poet, and Pokémon enthusiast who dabbles in photography and journalism. She is proud to be 50% Assyrian and would like to thank her family and friends for providing her with real-life content that will

always inspire her to write the stories of their lives. David Pérez is a student who has recently entered the realm of poetry. In a sitting, he enjoys being accompanied by complete silence and his two dogs, whose uncontrollable excitement reflects David’s feelings as he constructs what he calls a “golden line.” Jesse Perriera is an English major at CSU Stanislaus. On his way to becoming an English teacher, Jesse hopes to maintain his passion for writing. After the death of his father in 2014, Jesse found comfort in the free expression and beauty of poetry. Brett Randich likes to write to express himself. His poetry is inspired by reality, his dreams, philosophy, personal thoughts, and personal experiences. It has appeared in the 2014 and 2015 issues of Penumbra. He currently resides in the Central Valley of California. Lorena Ruelas is a Mexican-American student and mother. She has lived in the Central Valley her entire life. She is a business administration major with a love for reading and writing. Stephanie Salas is an English major at CSU Stanislaus who is never satisfied with her writing and hopes she never will be. Cristina Sandoval is an English TESOL major at CSU Stanislaus. Love first came to her with the radio on. Since that day, music and the melodies of poetry have defined her path. She dreams of teaching abroad and publishing a book of poetry. Walter Sanville lives in San Luis Obispo, CA with his artist-poet wife (his in-house editor) and one skitter cat (his in-house critic). He writes full-time, producing short stories, essays, poems, and novels. Since 2005, his stories have been accepted by 230 literary and commercial journals, magazines, and anthologies. Xander Toepfer is a non-human male who greatly enjoys the magic found between bound pages. Vincent Tomeo has been published in The New York Times, Comstock Review, Mid-America Poetry Review, Edgz, Spires, Tiger’s Eye, Byline, The Blind Man’s Rainbow, The Neovictorian/Cochlea, The Latin Staff Review, and Grandmother Earth (vii-xi). In previous issues of Penumbra, James Weaver has heard the haunting voices of

the seasons (2012), battled a rooster (2015), and guided lost children (2016). Heâ&amp;#x20AC;&amp;#x2122;s working on his first book of poetry and is thankful to Penumbra, Susurrus, and other journals for publishing his work. Matthew Woodman teaches writing at CSU Bakersfield, is the poetry editor for Southern Pacific Review, and organizes &amp; edits an annual themed reading and journal featuring Kern County Poets. Mantz Yorke lives in Manchester, England. His poems have appeared in a number of print magazines, anthologies, and e-magazines in the UK, Ireland, Israel, Canada, the US, and Hong Kong.

ARTIST BIOGRAPHIES Paul Acevedo is a BFA student at CSU Stanislaus with a focus in printmaking and sculpture. Most of his imagery deals with his cultural background in the forms of prints and installation art. Maicel Barsoum is an illustrator, photographer, and graphic designer. An alumnus of CSU Stanislaus, Maicel has recently moved to Chicago, where he continues to explore the wonders of life through his art and through the art of others. Maritza Diaz is a BFA student at CSU Stanislaus with a focus in mixed media and is determined to keep on developing her artistic skills to the next level! Amanda Gold is a CSU Stanislaus freshman currently pursuing a degree in psychology. Eric Lloyd is a student at CSU Stanislaus and is studying in the BFA program with an emphasis in graphic art. He has found a connection to art since early childhood. He is currently exploring art through the ideal of self-identity. Jordyn Lynn is a senior at CSU Stanislaus who will be graduating with a bachelor’s in English. Tula Mattingly is a novice in the field of art; she says the challenge is stimulating and at the same time therapeutic. She got the itch to paint when she was introduced to “The Painted Cork” in Folsom, CA: she says it’s a fun approach to painting. Nieko McDaniel’s biography appears on page 180. Maribel Mendoza is a senior English major at CSU Stanislaus. She aspires to become an author for children and young adults. She hopes to someday meet J. K. Rowling. Apart from reading and writing, she enjoys hiking, taking pictures, and putting sweaters on her dogs so they won’t get cold. Austin Morrise is currently a full-time English major at CSU Stanislaus. He was awarded the State Seal of Biliteracy in high school and strives to be a high school English teacher. When he is not studying, he is a photographer who captures precious memories and a poet inspired by love. Lucinda Murphy is a graphic artist who specializes in illustration and design. Lucinda creates illustrations in hopes of telling stories and effectively communicating feelings that range from whimsy to dread. Kevin Perkins makes paintings grounded in the textures and rhythms found in nature. His work elicits an attentiveness to the present moment through dialogue

with the natural landscape without being tied to the particularity of place. Madison Toel is a student at CSU Stanislaus who is interested in how our bodies reveal our emotions. Whether we intend it or not, our body language says a lot about our emotional state, and Madison studies this relationship. Amanda Trask is a mixed-media artist living in Modesto, CA. Amanda works predominantly with paint but also in sculpture and photography. She is currently a student at CSU Stanislaus working toward her BFA in art, with a minor in art history. Elizabeth Vasquez is primarily a graphic designer who also enjoys using other mediums. She is a senior at CSU Stanislaus and will graduate this spring. She is also a full-time mother to a two-year-old artist, Amy. Brentt Wong is a senior at CSU Stanislaus working toward his bachelorâ&amp;#x20AC;&amp;#x2122;s degree in art. An aspiring photographer, he enjoys taking photographs of everything.

penumbra (pi-num 'bre): n. 1. A partial shadow, as in an eclipse, between regions of complete shadow and complete illumination. 2. The partly darkened fringe around a sunspot. 3. An outlying, surrounding region; periphery; fringe 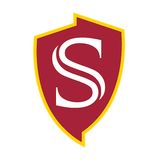