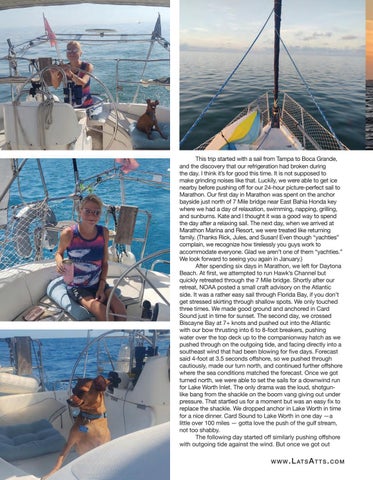 This trip started with a sail from Tampa to Boca Grande, and the discovery that our refrigeration had broken during the day. I think it’s for good this time. It is not supposed to make grinding noises like that. Luckily, we were able to get ice nearby before pushing off for our 24-hour picture-perfect sail to Marathon. Our first day in Marathon was spent on the anchor bayside just north of 7 Mile bridge near East Bahia Honda key where we had a day of relaxation, swimming, napping, grilling, and sunburns. Kate and I thought it was a good way to spend the day after a relaxing sail. The next day, when we arrived at Marathon Marina and Resort, we were treated like returning family. (Thanks Rick, Jules, and Susan! Even though “yachties” complain, we recognize how tirelessly you guys work to accommodate everyone. Glad we aren’t one of them “yachties.” We look forward to seeing you again in January.) After spending six days in Marathon, we left for Daytona Beach. At first, we attempted to run Hawk’s Channel but quickly retreated through the 7 Mile bridge. Shortly after our retreat, NOAA posted a small craft advisory on the Atlantic side. It was a rather easy sail through Florida Bay, if you don’t get stressed skirting through shallow spots. We only touched three times. We made good ground and anchored in Card Sound just in time for sunset. The second day, we crossed Biscayne Bay at 7+ knots and pushed out into the Atlantic with our bow thrusting into 6 to 8-foot breakers, pushing water over the top deck up to the companionway hatch as we pushed through on the outgoing tide, and facing directly into a southeast wind that had been blowing for five days. Forecast said 4-foot at 3.5 seconds offshore, so we pushed through cautiously, made our turn north, and continued further offshore where the sea conditions matched the forecast. Once we got turned north, we were able to set the sails for a downwind run for Lake Worth Inlet. The only drama was the loud, shotgunlike bang from the shackle on the boom vang giving out under pressure. That startled us for a moment but was an easy fix to replace the shackle. We dropped anchor in Lake Worth in time for a nice dinner. Card Sound to Lake Worth in one day —a little over 100 miles — gotta love the push of the gulf stream, not too shabby. The following day started off similarly pushing offshore with outgoing tide against the wind. But once we got out

The winter issue of the most popular boating lifestyle magazine in the country. Loaded with stories from people out there doing it. 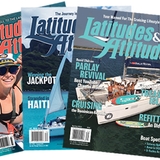 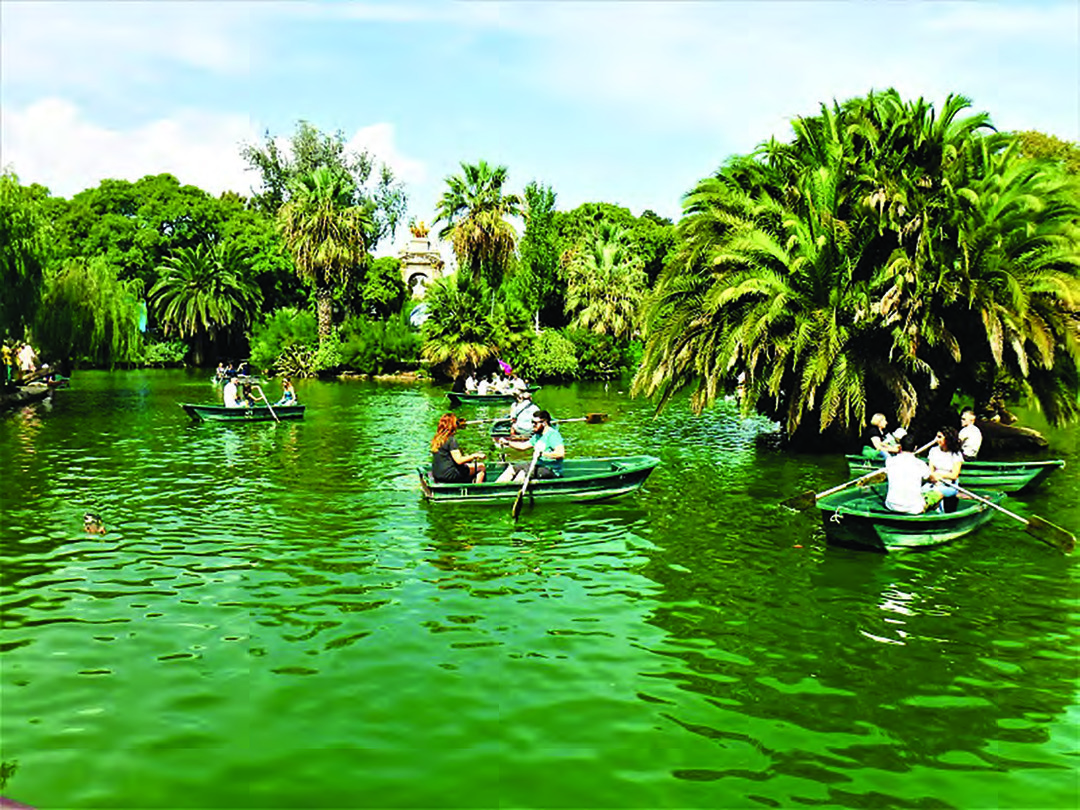